Director of the US-based Russia Maritime Studies Institute, Professor Michael Petersen, shared his opinion about which weapons the United States saw as most dangerous. According to Petersen, most dangerous Russian arms are Yasen project submarines, "Admiral Gorshkov" 22350 frigates, as well as "Zircon" and "Calibre" missiles. 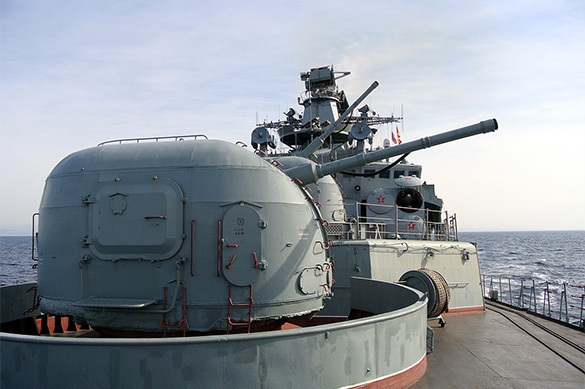 The development of a surface weapon system of the Russian Navy is seen as part of the defense system, while the emergence of a "powerful and dangerous" nuclear submarine, such as "Yasen," is seen as a source for serious concerns in Washington.

Michael Petersen also said that the Russian Navy reached a qualitatively new level of development, and the United States needs to have a more careful approach to it.

"Despite the challenges, which we have observed in previous decades, the Russian Navy, judging from technological potential and level of training of the staff, has reached the level that allows it to compete with any fleet in the world," Petersen noted.

Russia's "Caliber"and "Zircon" missiles indeed pose a large threat to the US Navy. Russia has demonstrated the power and efficiency of these missiles to the whole world during military operation in Syria. "In the past, the Americans had created a remarkable "Tomahawk" missile, the performance of which used to be higher than that of Russian cruise missiles. The Americans assumed that their missiles would hold the palm of victory for long and no one in the world would be able to steal the show from them. Now, however, the Americans have to catch up with the Russians," chairman of the organizing committee of the St. Petersburg club of submariners, Igor Kurdin told Sputnik radio.

According to the expert, Russian submarines are just as good as US submarines. "The immersion depth is not the key tactical feature of submarines. It does not matter how deep a submarine can go, it is much more important from which depth a submarine will be able to launch missiles. For example, the Russian "Komsomolets" submarine could launch missiles from the depth of 700 meters, while American subs were unable to open fire from such a depth. Until recently, Russian submarines were inferior to American ones in noisiness. The noisier a submarine, the more detectable it becomes for enemy subs. With the emergence of Yasen submarines, Russia left the USA behind. Russian subs are comparable to US underwater vessels in terms of their detection range. Yet, Russia's Caliber and Circon missiles have made Russian submarines superior," said the military expert.

Kurdin believes that when making such allegations, US military officials pursue a specific goal: to obtain a bigger budget.

"The Americans will not praise the Russian fleet for no reason, just to say something pleasant to Russia. When they say that "the Russians are coming," that the "Russians are better and stronger," it means that the US is likely to invest some more billions in the development of new submarines and weapons, or the Russians will destroy them otherwise. Petersen works to execute a political task," Igor Kurdin said.

Earlier, Michael Kofman, an expert at the Kennan Institute in Washington, said that the Syrian campaign gave Russia an opportunity to test new warplanes and cruise missiles in combat action. The flight range of those missiles, he added, exceeded the performance of US equivalents. "This is a strikingly effective weapon," he said speaking about Russian Caliber missiles, RIA Novosti reports.

The commander of US forces in Europe, Ben Hodges, said earlier: "What continues to impress me is their ability to move a lot of stuff real far, real fast."

Also, Mike Billington of the Executive Intelligence Review said that Vladimir Putin was strategically one step ahead of Barack Obama, because the Russians had a hypersonic weapon that could outdo any US missile defense system.

"It is extremely dangerous as part of the overall policy of the Obama administration to encircle Russia and China with the most advanced anti-ballistic missile systems which they openly declare are intended to be able to take out a counter strike force from Russia or from China. In other words making nuclear war feasible, Billington said speaking about the planned deployment of the THAAD missile system to the Korean Peninsula.