EU tries to twist Gazprom's arms before freezing in winter

Russia faces the task to build a gas pipeline bypassing Ukraine by 2019. For the time being, though, things are right where they started. It has been reported recently that Gazprom was going to close the department in charge of the South Stream project. The state of affairs with the Nord Stream-2 project leaves much to be desired too. The Turkish Stream does not show signs of life either. What is happening? 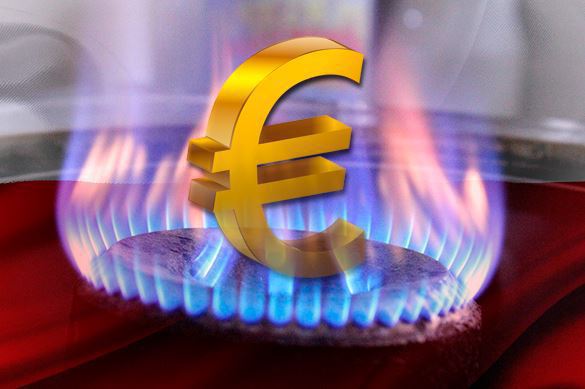 Russia's ten-year gas contract with Ukraine expires in 2019. Chances to sign the contract again with the sitting Kiev government are slim. Ukraine currently transits about 40 percent of Russian natural gas supplies to Europe, which meets 10 percent of the European demand for fuel.

Why does the EU want to freeze?

We all remember the trouble that Eastern Europe experienced in the winters of 2006 and 2009 because of the price war between Russia's Gazprom and Ukraine's Naftogaz. However, Brussels, Berlin and Paris were not freezing: Brussels officials would not be hindering the construction of the bypass pipeline today otherwise.

The ultimate goal of the EU is clear: Russia should not build a pipeline bypassing Ukraine, as Kiev would lose a source of its income, and the EU would lose its leverage for Moscow. The worse it is for Russia, the better it is for the West - this is a well-known postulate. The third energy package of the EU therefore demands the owner of the pipeline and the gas supplier be different subjects. This is a weapon against Gazprom. If there were a Western energy corporation in Gazprom's place, such as Shell or BP, we would not see any form of the Third Energy Package.

In addition, the European Union is obsessed with the idea to switch to other sources of fuel supplies, for example from Qatar or Iran. Supplies of liquefied natural gas from the United States are also possible. Yet, the above options require considerable investments that the EU can not afford.

For the time being, the EU has TANAP - the Trans-Anatolian gas pipeline, approved by the European Commission. This project is designed for raw materials from Azerbaijan. The project is being implemented, but its capacity will not relieve Europe from its fuel dependence on Russia.

Why does Russia want to build a bypass pipeline?

Russia's goal is to build the gas pipeline. The use of the Ukrainian gas pipeline is futile for Russia. Ukraine steals gas from Russia, complaining that Gazprom reduces pressure at the entry point in the Ukrainian system. Naftogaz officials claim that Gazprom is unable to maintain stable pressure in the system due to inadmissible condition of parts of Russia's gas transportation system. Russia does not waste time for justifications, but Europe does not send its observers to the "point of entry" either, and one may only wonder why.

What does Russia have? She has the South Stream project that has been suspended because of the position of Bulgaria (i.e. the European Commission). One billion dollars have been spent to build the pipeline on the bottom of the Black Sea. According to RBC, Gazprom is closing the department that was in charge of the South Stream project. About 100 employees will lose their jobs. It means that the project is going to be shut down, but the existing part of the pipeline can be used for the Turkish Stream. Turkish President Erdogan will never forget John Kerry wishing him stability during the first hours after the attempted coup. No enemy is more dangerous than a neglected ally.

Russia also has the Nord Stream-2 project that goes through the stage of legal registration. The Americans will obviously try to slow it down, and we can already see it in the protests from Poland and Ukraine. Poland, in the face of the Antimonopoly Committee, said that a joint venture of Gazprom and European gas companies (Shell, Uniper, Wintershall, OMV and Engie) would further strengthen the position of Russian companies in the European market. In turn, Ukraine asked the participants to agree the implementation of the project with the Ukrainian side, "to prevent violations of law about the protection of economic competition."

The Nord Stream pipeline does not pass through the territory of Poland. As for Ukraine, none of the participants of the consortium wanted to invest in the modernization of the Ukrainian gas transportation system.

There is another solution to the problem - the above-mentioned pipeline from Azerbaijan to Europe. Putin must have discussed the issue at the meeting with his Azeri counterpart in Baku on August 8. Interestingly, the European Commission made Azerbaijan an exception from the "Third Package", and suppliers are now eligible to participate in shipments and control infrastructure in the European Union.