Many in Russia believe that what is good for Gazprom is bad for the country. This is not quite true. Yet, what is bad for Gazprom, is bad for Russia on the whole, as Gazprom plays a huge role in Russia's economy. 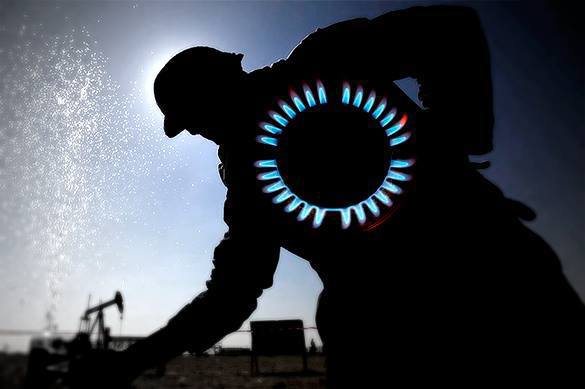 During a recent meeting with Gazprom's head Alexei Miller, President Putin discussed issues of the powerful universal gasification program that Gazprom implements. The results of the meeting were somewhat surprising. The foreign political situation, in which Russia is living now, all the sanctions and restrictions, may create an impression that the state of affairs in Russia's gas industry is lamentable.

Alexei Miller told President Vladimir Putin that the production of gas in Russia declined in 2015 in comparison with 2014. Yet, exports of natural gas from Russia to Europe increased considerably. It is the positive dynamics of long-term growth in gas exports from Russia that is important.

Gas prices have been on the decline lately, as they depend on prices on petroleum products in Europe. Gazprom ships gas to Europe, so the situation is far from being bright yet. Nevertheless, the overall situation is far from being terrible. Gazprom can increase exports to compensate losses in price. In addition, Gazprom successfully competes with spot providers that carry liquefied natural gas to Europe. The countries of Western Europe - Germany, France, Italy - increase the consumption of Russian gas, while various attempts of "hostile" countries (such as Lithuania) to build LNG terminals are not viable economically.

Putin and Miller also discussed the construction of a gas pipeline on the bottom of the Black Sea via third countries towards Greece. Therefore, Russia is convinced that the sitting Turkish leadership that remains extremely hostile to Russia will not potentially interfere with the implementation of the trans-Black Sea gas pipeline project. Turkish President Erdogan, who shot down a Russian warplane, may soon leave the political arena. Putin is most likely aware of how the Turkish elite plans to get rid of the president that has taken Turkey to a stalemate situation.

Does Russia have money for such ambitious projects? Foreign currencies are still very expensive against the Russian ruble, the Russian ruble is weak, Russia is still living under sanctions, and Western banks are not allowed to give long-term loans to Russia. One can only make guesses about the financial part of the question as this part of the meeting was not exposed to the general public.

Yet, the world is not limited to Europe and America. There are Asian financial centers, such as Singapore, Hong Kong and Dubai.