Ukrainian President Petro Poroshenko held talks with US Vice President Joseph Biden on the sidelines of the World Economic Forum in Davos. After the meeting, Poroshenko stated that Kiev and Washington intend to prevent the implementation of Russia's North Stream-2 project. The project stipulates the construction of two lines of offshore gas pipeline from Russia to Germany. 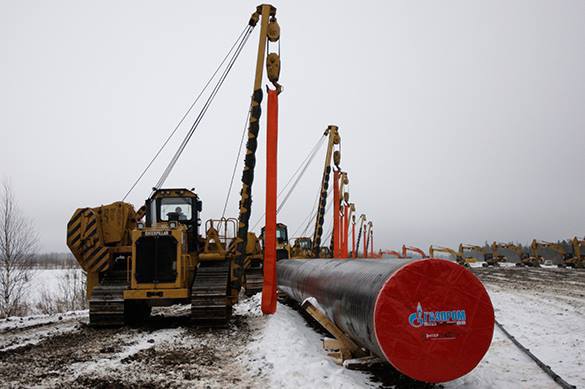 "We have clearly emphasized that North Stream-2 is a purely political project that is aimed against both Ukraine and a significant number of EU countries. We must act effectively to stop it," Poroshenko said, the Kommersant newspaper wrote.

Sergey Pravosudov, Director of the National Energy Institute, told Pravda.Ru how Kiev and Washington would fight the Nord Stream-2.

'Ukraine tries to act and raise gas transit prices, that shows its noncompetitiveness in the market. The Ukrainian pipeline is being destroyed, and will keep to. Thus, the European companies subscribed to the construction of the Nord Stream-2. And none of the European or American companies expressed a wish to take part in the modernization of the Ukrainian gas transportation system,' Sergey Pravosudov explained.

'Thus, Poroshenko can say everything he wishes, but not all of the decisions in the EU are taken by him. The US threats are also clear, they are afraid of the Russia-Germany union. However, it did not deter the Nord Stream project organization,' Head of the National Energy Institute noted.

Nord Stream-2 stipulates the construction of an offshore (marine) gas pipeline from Russia to Germany on the bottom of the Baltic Sea. The pipeline is said to be about 1.25 thousand kilometers. Italy's Saipem SpA is the most likely candidate for the construction. The company is already in talks with Gazprom.

During the meeting between Poroshenko and Boden (the meeting lasted for four hours) the sides discussed ongoing reforms in Ukraine, in particular, the reforms of security and defense sectors. Among other things, President Poroshenko thanked the American side for the recent assistance to Kiev in the amount of $23 million. According to the US Embassy in Ukraine, it goes about equipment for secure radio communications and medical gear to save people on the battlefield.