The implementation of projects for the exploration and development of oil and gas deposits, primarily in the Caspian region, is a priority for the Russian energy sector, President Vladimir Putin said at the opening of the tripartite summit in Baku (Russia, Iran, Azerbaijan). 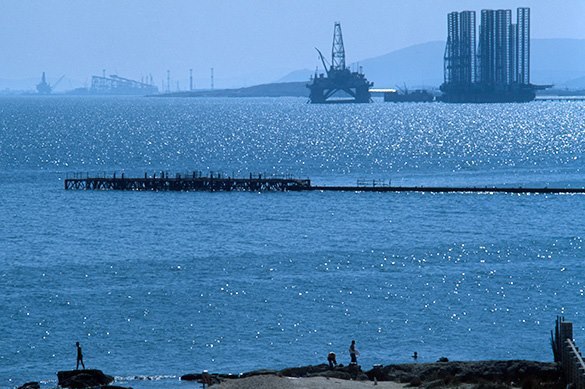 Russia and Iran already develop gas fields in the Azerbaijani sector of the Caspian Sea (Shah Deniz), while Azerbaijan is building a gas pipeline to Europe (TANAP).

Will there be a new gas cartel established as a result of the summit in Baku? Pravda.Ru asked an expert opinion from correspondent member of the Committee on Energy Strategy and Energy Development at the Chamber of Commerce of Russia, Ruslan Tankayev.

"The most complicated issue in the development of the Caspian region is the division of sectors between Iran, Azerbaijan and Turkmenistan. The sectors have not been distributed between the countries still, and this is a serious problem to develop a third of the whole region. This question should be addressed in the first place," Ruslan Tankayev told Pravda.Ru.

"All attempts to begin exploration works come across counteractions from neighbors. If the summit succeeds in solving this problem, it will be a landmark event indeed. The first step has already been made: the sectors of Russian, Azerbaijan and Kazakhstan have been divided. Then, one will need to make a second step before developing the region together," the expert told Pravda.Ru.

In pictures: Deepest lakes in the world

The Caspian region is insignificant if compared to the potential of the Russian Arctic shelf, for example, but it does not mean that Russia should not pay attention to the Caspian region.

"Neither Iran nor Russia need competitors on the European market. Therefore, the two countries are opposed to the construction of the gas pipeline on the bottom of the Caspian Sea to Turkmenistan. Iran has been improving its positions on the European market and has become a competitor to Russia. However, the situation in Iran remains unstable, the country has many problems to deal with in its relations with Iraq and Syria, so Iran will not be able to build a large-scale network of gas pipelines to Europe," Ruslan Tankayev told Pravda.Ru.

It is understood that no one will allow a third party to appear in the game. Russia and Iran will always remain opposed to the construction of the Trans-Caspian gas pipeline. Noteworthy, China controls nearly all of Turkmenistan gas, and China plans to utilize Turkmen natural gas on its own territory.

"The government of Turkmenistan is not happy about the situation, but China has the country bound technologically and organizationally. All of Turkmenistan's gas equipment was received from China. China is the only consumer of Turkmen gas, and Turkmenistan continues selling natural gas to China at the price that is lower than world prices on natural gas," the expert explained to Pravda.Ru.

Turkmenistan tried to develop relations with Europe, but Europe tired to make Turkmenistan introduce transparent financial accounting. EU officials said that they wanted to struggle against corruption in Turkmenistan, but it was a big mistake that they made. They did not realize that the matter was not about corruption, but the organization of Turkmen economy.

"All the money that Turkmenistan receives for its natural gas at first goes to the personal fund of the President of Turkmenistan. Afterwards, the president personally distributes the money in the budget. The West believes that this is a corruption scheme, but if we look at the problem from the point of view of history, we will see that that this is a normal scheme for any monarchy," said Ruslan Tankayev.

When hostilities in the Middle East end and the Islamic State is destroyed, it would be possible to build a gas transportation hub in Syria. However, Iran and Qatar realize that this is not going to happen, so they build gas liquefaction plants.

"The European Union and the United States continue to destabilize the situation in the Middle East. They claim that they want to destroy so-called dictators, but in fact they break the state machine, thus creating chaos and anarchy. It has always been like that, no matter where the Americans go," Ruslan Tankayev told Pravda.Ru.