Under the conditions of low oil prices, the countries of the Eurasian Economic Union face serious economic problems. Pravda.Ru spoke to Konstantin Ordov, the head of the financial management department of the Russian Economic University named after Plekhanov, to find out how to live through times of the crisis. We also spoke about the importance of President Putin's idea of the currency union. 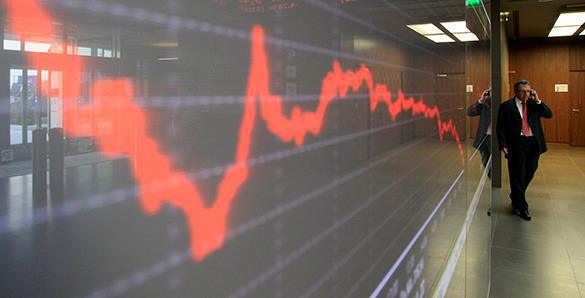 "At the meeting in Astana in March, Russian President Vladimir Putin put forward an idea to the heads of Belarus and Kazakhstan to create a monetary union. Do you think the countries are ready for the monetary union economically and politically?"

"I think that all prerequisites are ready to proceed to discussing the transition period. This is highly important, necessary and useful, although, I'm afraid, the infrastructure is not ready and the countries themselves are not ready either."

"It was said that in order to create a monetary union, all countries should develop equally from the economic point of view. Do you think difficulties may occur as long as all countries develop their own way?"

"Of course, there will be difficulties. The European Economic Community takes roots in 1994. We have established the Customs Union with common customs rules. We have been developing joint economic space to develop common, including foreign exchange regulations, monetary policy, tax policy and so on. All this work can not finish just like that, no matter what economic conditions might be."

"So you believe that the infrastructure is not ready. What changes should be made for the creation of the currency union?"

"Until recently, as far as I understand it, there was no objective to establish this union. It is important to understand here that our national currency is one of the main sources of our sovereignty. Therefore, it is psychologically important we and our colleagues should be willing to share a part of our sovereignty to affirmatively resolve this question on common grounds.

"Unfortunately, the economy of Armenia differs a lot from the Russian economy. Their participation will be minimal, and their interests will be taken into account accordingly. In this sense, building parity conditions of cooperation will be extremely difficult. We can see it in discussions with Belarus, when someone is happy with customs rules, while someone else is trying to change them during the game. It goes about the lack of common interests and the understanding of economic interests.

"Hopefully, we will have a maximum of six or seven members of the Eurasian Economic Union. Therefore, it will be impossible for some to exist at the expense of others. We must co-exist together, with each making their contribution to common development.

Also read: Russia and Belarus get really angry with each other

"The population of the Eurasian Economic Union will increase by 50 percent as compared to the population of Russia. Thus, markets will expand focusing on the acquisition of goods produced within the Union. Imports will increase by 30 percent. This is the import that we should replace. We have every reason to believe that we can do it, and it will allow our economies to grow."

"The dollar should not exist for us when we live within our own country, when we buy products manufactured either in Russia or elsewhere inside joint economic space. However, when go go outside Russia for holidays, we will have to deal with a foreign currency and its rate against the Russian ruble. Inside the country, though, it will give us an opportunity to be much less dependent on the dollar, the euro - on any other currency."

"Can we look up to the European monetary union? After all, European economies are diverse too, but the euro is still strong."

"It took them longer to come to this. Their experience should be an example for us, but we should carefully analyze it, including the downside. Look at what has been happening to Greece. They now discuss opportunities for Greece to pull out from the European Union. Every system has its advantages and disadvantages. However, a system like this should not be based on the desire of some to improve their economic situation through the help of others.

"Choosing between existing currencies would be highly inappropriate, to my mind.  This would undermine the joint economic system and lead to the crisis of misunderstanding. The EU switched to the joint currency only after they agreed how the issuance would be provided, how member countries would be able to use the results of that issuance and so on."

"What do we need to do to create a new currency?"

"To do this, one should switch to the unified financial system, to create unified customs rules, develop a common monetary policy, a common fiscal policy. For the time being, unfortunately, we can only hypothetically say that this problem can be solved in ten or fifteen years.

Our major achievement since 1994 is the Customs Union, within which there is still a lot of work to be done to improve the system. Capitals flow to where it can grow.  That is why Kazakhstan wins from the new association. China is said to have a serious interest in the economy of Kazakhstan to ensure its participation in China's  sphere of influence. Other Asian countries also actively invest. Kazakhstan has not fallen under sanctions. For Russia, the main problem with obtaining new investment is the fact that Russia's access foreign markets has been restricted."

"Sergei Lavrov said in Latin America that Russia was interested in the integration of the Eurasian Economic Union and Latin American associations. But that's the other side of the Earth. How can this cooperation be useful?"

"This may create additional economic benefits for members of the Union. However, there are always problems, when there are no common borders. We all live in a globalized world, where economy is not so much attached to geographical location of countries. However, such huge distances, of course, create additional problems  that must be taken into account."