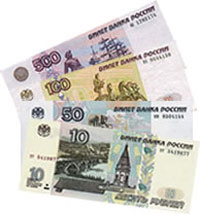 The switch would be provided for by the 2008 monetary policy guidelines, which are currently under consideration, said Mikhail Zhuravovich, a spokesman for the NBB. However, it is quite symbolic that the Belarussian government went public with the plan as the relations between Russia and Belarus were about to hit rock bottom. Apparently, the move was intended to make clear Minsk’s utter disappointment about the Kremlin’s stance on the issue of gas supplies.

Earlier this month another flare-up over Russian gas supplies to Belarus was waiting in the wings. The dispute was akin to that in January, when oil flows through Belarus were halted for three days. Two weeks ago Gazprom threatened to cut gas supplies in half unless Belarus paid a $456.16 million debt accrued over the last six months. Gazprom doubled gas prices for Belarus to $100 per 1,000 cubic meters from January, but allowed the Lukashenko government to pay only half the price in the first six months. Besides, the Kremlin promised to lend $1.5 billion to Belarus to help the country finance higher costs of Russian gas imports. In accordance with a deal cut on December 31, 2006, the two sides agreed that Gazprom would buy 25-30 percent of the state-run Belarussian company Beltransgaz, which controls the country’s local pipeline network. Although the agreement stipulated that Gazprom would be entitled to buy a controlling stake in Beltransgaz, Russia’s gas monopolist would not hold sway over the Belarussian firm. Gazprom was a de facto minority shareholder of Beltransgaz, President Putin of Russia was quoted as saying back in January. Moscow attempted to secure its control over Beltransgaz by offering gas supplies at a reduced price to Minsk in return.

Eventually, Belarus did not like the terms of the “deal.” Consequently, Gazprom threatened to hold back gas unless Belarus settled its unpaid gas bill. The sides managed to strike a bargain yet another time. As by the agreement, Belarus promised to pay up the debt in full. The debt was paid within a week. At the same time, Belarussian President Alexander Lukashenko leveled his harshest criticism at Russia. In particular, Lukashenko accused the Kremlin of carrying out a plan to “privatize” his country. He also pledged to take a loan from Venezuela – a clear indication that Russia was falling from grace in terms of friendship.

Although Russia and Belarus somehow managed to reach a settlement in the last two episodes of the pricing dispute, the fundamental differences between the two countries remain. Russia wants Belarus to pay the full price for Russian energy supplies. To keep the country at a short leash, Russia would rather get Belarus to pay in assets than in cash.

However, Russia has failed to pull it off so far, and therefore more pricing disputes between the two countries are in store. We can not rule out the possibility that Gazprom will announce a higher price for Belarus in December.