USSR to rise from ashes through joint Eurasian currency

The creation of the supranational currency within the scope of the Customs Union is inevitable, Prime Minister of Armenia, Tigran Sargsyan, believes. According to him, this should be the next stage of integration within the organization, which makes sense from the point of view of simplification of currency circulation in transfers. The new currency may see the light on January 1, 2015. 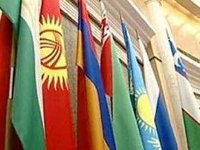 As the prime minister of Armenia said during the meeting with members of the Club of Editors of the CIS, Baltic countries and Georgia, it would be advantageous for three member states of the Customs Union to have a supranational currency. "This is beneficial both to economic entities and citizens. What's the point in having a national currency and losing money during transfers?" said Sargsyan.

The Armenian Prime Minister also said that Russia, Belarus and Kazakhstan are now at about the same level of development, "and no country is going to live at the expense of another." According to Sargsyan, five years of coordinated monetary and fiscal policy will be enough for everyone to realize the need for a single currency. However, for representatives of the Russian side this question is important already today.  The active discussion of the issue began in the summer of 2012.

"In the summer of this year, Russian Prime Minister Medvedev called for the creation of a single currency for Russia, Belarus and Kazakhstan. He repeated a similar idea at the recent CIS forum in Yalta - Alexander Razuvayev, Ph.D. and Director Analytical Department of Alpari said in an interview with Pravda.Ru. - In principle, it may seem that the idea looks a little strange against the background of the crisis in the euro zone and the probability that not only Greece, but perhaps Spain may leave the euro zone, but there is a grain of common sense here, because money decides a lot in today's world. Only a single currency may actually unite the single economic space."

Originally, the main challenge to the single currency of the Customs Union was the fact that the idea was presented by the Russian government from the dominant position. That is, Russia offered the CIS countries to join the ruble zone, while Moscow would retain the right to control the money-printing process, and other countries would automatically fall into dependence on the Russian Central Bank and the Finance Ministry. Needless to say that this approach left Belarus and Kazakhstan dissatisfied. As a result, everyone started to pull the blanket over in this matter.

"Some would say that Belarus has planned economy, some would say that there are problems in Kazakhstan. However, we must realize that Russia's economy is much larger than that of Kazakhstan, and especially of Belarus. One shouldn't forget that Russia has world's third largest international reserves, more than 500 billion dollars, and Russia's GDP this year is about 2 trillion. Accordingly, given the positive macroeconomic situation in Russia, this includes the growth of more than 4 percent, and the budget surplus, so to form a currency area like that would be easy enough, taking into consideration the fact that there is political will for that on the part of Russia, Belarus and Kazakhstan. As for Belarus, the idea was very popular 10 years ago, but during that time Mr. Lukashenko wanted to have the emission center.  Well, of course, neither the Russian Finance Ministry nor the Russian Central Bank could accept that," says Alexander Razuvayev.

Another major problem of the Customs Union was Ukraine's reluctance to join it. Experts say that the full integration within the Customs Union and the Eurasian Economic Community is impossible without the participation of Ukraine. However, it was reported at the end of last week that Ukraine's Ministry of Foreign Affairs reiterated the impossibility of joining the Customs Union, as the country sets the course for European integration. The reasonable arguments saying that the Russian market was much more advantageous for Ukraine than the Ukrainian was for Russia, have not brought any results.

Surprisingly, though, the free trade idea between the CIS countries and Russia inspired the Crimean Republic, the first president of which, Yuri Meshkov, unexpectedly expressed his intention to join the Customs Union regardless of the Ukraine. Moscow does not hope much for the influence of the Crimea, although it may ring another "bell" for Ukraine's Yanukovych. Experts tend to see the "hand of the Kremlin" here, rather than an independent decision made by the head of the autonomous territory. However, it is no secret that Russia can make Ukraine join the union through the use of more abrupt, manipulative measures.

"In today's world, only 200-250-million-strong markets can be self-sufficient. Kazakhstan and Russia, plus Belarus is somewhat less. And, accordingly, the system can work only if Ukraine is integrated. One shouldn't forget that Russia can put pressure on Ukraine through energy carriers," says Alexander Razuvayev.

To date, Russia has taken a detached attitude to Ukraine. Ukrainian officials say that there could be a possibility for the country to join the Customs Union in the event the economic situation in the euro zone worsens. For the time being, Ukraine is standing at a crossroads, wondering which union to join.

"Either way, it is believed that the new currency will appear on 1 January 2015, although possibly earlier. Political sovereignty can hardly be questioned. It is unlikely that it will be the Russian ruble. Most likely, it will be a new Eurasian currency, and, consequently, we will have a new Eurasian Central Bank. Of course, it will be a local currency, because the size of combined economies is still a lot smaller than the economy of the United States, China, or the European Union. However, it will really mark the actual denunciation of Belovezha Accords and restoration of the Soviet Union, albeit in a new version 2.0 and on absolutely new market and capitalist principles," the expert concluded.