Russian liberals do their best to speak ill of the history of Russia's relationships with the West. They talk about the need to introduce European values in Russia for the modernisation of socio-cultural reality. However, even in most difficult and darkest times of history, Nazi Germany was dearer to the West than Soviet Russia. 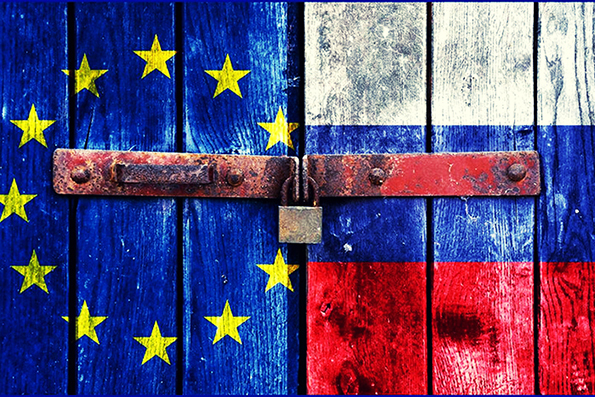 The liberals want everyone in Russia to believe that the West is ready to take Russia into its open arms, but the Russian authorities do not want that to happen and provoke peace-loving Western countries to confrontation. For such thinkers, Joseph Stalin became one of the most despised characters in the Russian history. It was Stalin, who allegedly severed strong relations with his allies in the anti-Hitler coalition, refused to participate in the Marshall plan and turned the USSR into an "evil empire."

However, Moscow had never had good relations with Western countries during the whole period of Soviet power. Even Nazis looked better for European and American policy-makers. Moral values have never been the strong side of the rulers of Western states, and the "appeasement policy" pursued by Great Britain and France with regard to Hitler's Germany is a steel proof to that.

For Chamberlain and Daladier, the illegal deployment of troops in the Ruhr area and the violent Anschluss of Austria were regarded as the acts of the country insulted by the Treaty of Versailles. They allowed Hitler to go on rampage in Europe, assuming that their silence would win his friendship. This "brilliant strategy" is best exemplified by the Munich conspiracy - the alienation of the Sudetenland from Czechoslovakia (northern, southern, and western areas of former Czechoslovakia) by the agreement between the leaders of Italy, Germany, Britain and France. Needless to say, appetites of the Führer were growing, whereas the fate of Sudetenland befell the whole country, and then Poland.

The worst thing is that the rest of Europe was OK with it: Hitler was seen as a natural counterbalance to the much despised Soviet Russia. In 1940, the Supreme Allied Military Council developed a plan for Franco-British aggression against the USSR, known as the Spear. According to the plan, to deprive the Soviet Union of its sources of fuel, one had to bomb oil regions of Baku, Batumi and Grozny, support separatism in the Caucasus and deploy an expeditionary corps there. Back in the day, oil would be stored in open air pits, and one match could burn a whole city, let alone air strikes. The measures were supposed to switch the attention of Nazis from Europe to the weakened Soviet Union.

Fortunately, the plan was never implemented because even France and Great Britain realised predatory ambitions of the German leader. The "strong" friendship of the West with the USSR started when Hitler invaded Belgium. Winston Churchill, one of the main ideologists of the Cold War, once said that he was ready to conclude a deal with the devil to defeat Hitler. As we can see, USSR's prime ally in WWII saw our country as a necessary enemy that it would have to fight anyway.

Operation Unthinkable - the displacement of Soviet troops from Eastern Europe, the Eisenhower doctrine - the nuclear bombing of 20 largest cities of the Soviet Union and other post-war anti-Soviet strategies did not emerge because the USSR became an "evil empire." In the USSR, there were no analogues to American concentration camps for ethnic Japanese. In the USSR, more than a million German POWs did not disappear without a trace. After the war, Soviet power and the idea of communism became associated with the word "freedom," and it could not but attract small oppressed countries of Europe and residents of the colonies in Africa and in the Middle East.

The political elite of the Old World and its overseas masters have always despised Russia for its alternative way. Any allied relations between Russia and the West can be described as marriage of convenience. The sooner our neoliberal politicians realise that the West likes bloodthirsty Nazis more than peaceful Russians, the bette development Russia is going to experience in the foreseeable future.