Russia to clash with Germany again in 2017 - Stratfor

Internal contradictions in Western countries will continue to exacerbate in 2017, and Russia will take advantage of the process, Stratfor said. Moscow is interested in improving relations with the West, but Russia is not going to give up her positions on both Ukraine and Syria. 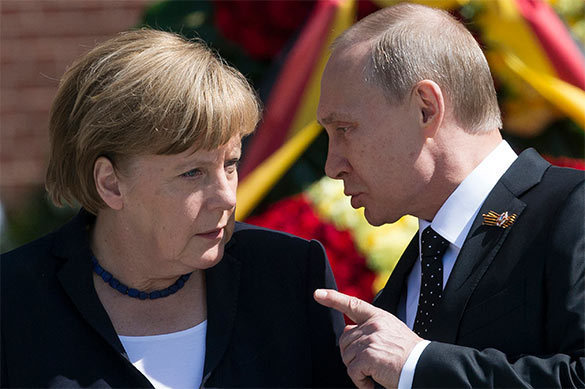 For the time being, the West remains united in containing Russia with the help of sanctions and negotiations. However, the uncertainty in the development of relations between Russia and the US sows doubt among Washington's allies, and Moscow is trying to profit from it.

In Europe, extreme right and populist parties have been gaining popularity recently. The split inside Europe may grow further, as a number of European countries will hold elections in 2017 (France, Germany and the Netherlands). In addition, EU countries such as Austria, Hungary, Bulgaria and Italy have previously spoken against the deterioration of relations with Russia, even though they have not acted openly against the extension of the anti-Russian sanctions. Europe's only heavyweight, Germany, is the one EU member that can oppose Russia.

Analysts believe that Germany, being the most influential player in Europe, does not allow Russia to extend its influence into neighboring EU members. German intelligence services, as noted by Stratfor, have strengthened their action to counter Russian propaganda and computer espionage, while the German military doctrine has changed Russia's status from "partner" to "adversary."

However, German politicians do not seem to be able to reach a consensus on Russia. Even members of the ruling coalition of Germany have called for better relations with Moscow. German Chancellor Angela Merkel, mindful of the upcoming elections, is unlikely to exacerbate these differences.

According to Stratfor, Poland could lead opposition to the expansion of Russia's influence. Both NATO and the United States support Warsaw's anti-Russian position, but in recent years, Poland has obtained a cool attitude to the idea of European integration. Analysts believe that the political weight of Warsaw is too small to let Poland cope with such giants of the EU as Paris, Berlin or Rome that are less hostile towards Moscow. Experts believe that next year, Poland will take more efforts to show greater resistance to Russia's growing influence. However, they will only exacerbate divisions inside Europe, thus playing into the hands of Moscow.