Obama has destroyed the relations of the United States of America with Russia. Will Donald Trump try to restore them? Russia needs cooperation, rather than bargaining with the USA. Judging from the fact that the Americans will not be present at the Syria talks in Astana, Trump wants to cooperate - he would not have missed an opportunity to bargain on Ukraine and Syria otherwise. 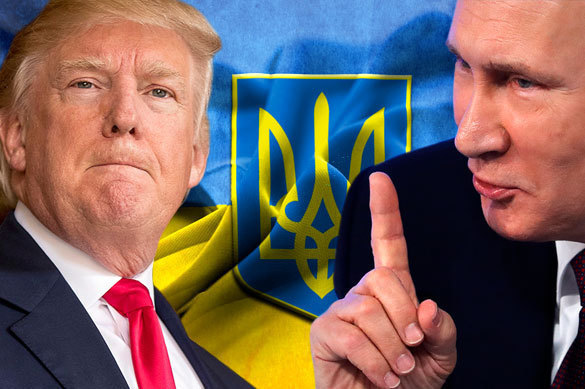 To a large extent, the state of affairs in the US-Russian relations will depend on whether Washington is ready to finally admit that Russia has vital interests abroad. As Putin said, Russia has no boundaries, it only has horizons.

A lot will depend on the personal relationship between Putin and Trump. The new US president has made it clear that he is prepared to fulfil his campaign promises to establish a dialogue with Moscow. Donald Trump offered to restore relations with the help of breakthroughs in the field of nuclear disarmament.

Of course, the very desire to search for variants of cooperation is commendable, but Putin is not Gorbachev, who was brown-nosing Reagan in Reykjavik. Russia is a consolidated country, rather than the collapsing USSR.

How can one show respect to Russia? First, one can do it verbally, just for starters. Before taking military or diplomatic moves, one needs to consult with Russia, or at least inform her without resorting to ultimatums and dictates. Russia should not expect Washington to make a U-turn in its foreign policies. Rex Tillerson, Trump's candidate for the post of the Secretary of State, said last week that Russia was "a threat" to the United States. New Defence Secretary James Mattis went even further and called Russia one of the major threats to America.

What changes will US-Russian relations see in 2017?

Syria. The United States has refused to send a delegation to the Syria talks in Astana, Kazakhstan (the talks started on January 23). The country that leads the coalition against the Islamic State (ISIL is banned in Russia) will be represented at the ambassadorial level.

Trump is not interested in restoring Syria, but he is very interested in the destruction of the Islamic State - it was his campaign promise. Russia and the USA could join forces at this point. After all, terrorism finds new members among the poor and those in misery.

At the same time, Russia must make it clear to the USA that it does not depend much on America's assistance in Syria: there are Turkish, Iranian and Chinese capitals that will be willing to participate in the reconstruction of the country.

Ukraine. Trump said that if elected, he will consider the possible recognition of the Crimea as part of Russia. In addition, he may think about moves to lift sanctions from Russia. According to him, most of the Crimeans have decided to join Russia.

Donald Trump does not have good relations with Ukrainian President Pedro Poroshenko. Most likely, Trump will listen to Henry Kissinger, who believes that the United States should recognize Russia's domination on former post-Soviet space, forget about the Crimes, whereas Ukraine will legally approve a non-aligned status in its legislation.

"I prefer an independent Ukraine, outside military blocs. If two areas of the Donbass are separated from Ukraine, it will definitely become constantly hostile to Russia. In this case, Ukraine will remain under the influence of its western part. The solution is to give those two areas autonomy and the right to vote in military matters, but keep them under Ukraine's control in everything else," Kissinger said in an interview with The Atlantic.

It is quite possible that this position has been coordinated with the Kremlin as Kissinger knows Putin in person and pays regular visits to Russia. With Trump in the White House, there is no need for Putin to pretend that the Minsk Accords are still alive. It is vitally important for Moscow today to determine the international status of the Donbass. The legal discrimination against residents of the Donbass should be addressed as a humanitarian issue, political scientist Mikhail Remizov believes. In this sense, providing Russian citizenship to residents of Donetsk and Lugansk regions would be an impeccable humanitarian gesture, Remizov said in an interview with the Federal News Agency. Russia maintains the public sector of the Donbass anyway, said the expert.

If there is a status or a good road map for the Donbass, investors will come to the region, and Russia will be relieved of the burden to maintain the Donbass.

NATO. It is extremely important for Russia to stop NATO'a aggressive behavior. In interviews with Bild and the Times, Trump had said that the North Atlantic Alliance was an obsolete institution. We can already see there are no reports about Russia's alleged violation of NATO airspace.

"The demonization of Putin is a reflection of our declining confidence in our own capabilities. It's easier to blame Putin. He's pursuing Russian national interests, but he's not running world affairs," Thomas Graham, of the Kissinger Associates consulting firm and a Senior Fellow at the Yale Jackson Institute for Global Affairs told NPR. "Russia has significant military capability, as we've seen in the cyber sphere. It's a major power and we have to deal with it. It will be part of a stable world order. It's not the Cold War and it's not the strategic partnership in the immediate post-Cold War period. Neither framework is adequate because the global context is different. The world order is shifting. We need to come to a new equilibrium," he added.

It appears that the Trump administration is on the right way.