The root of the problems that undermine the relationship between the US and Russia lies in Washington's self-declared "victory in the Cold War," former USSR President Mikhail Gorbachev said at the opening ceremony of the sculptural composition "Gorbachev and Reagan" in Moscow. 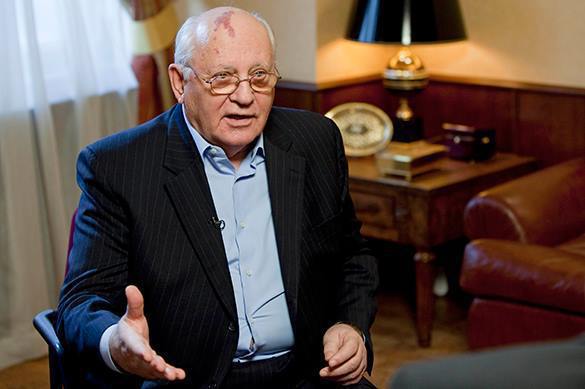 According to the first and last Soviet president, the USA decided to declare its own victory in the Cold War, and "this is the root of the errors and failures that have undermined the foundation of new relations between our countries," Gorbachev said.

Now, he believes, Moscow and Washington need to "do their best to overcome the current dangerous impasse." To do this, the two countries need to understand the causes of the crisis in the relations.

In Oliver Stone's documentary "The Putin Interviews," the Russian president stated that Mikhail  Gorbachev made a mistake by not securing guarantees of NATO's non-expansion to the east. "It was not documented. It was a mistake on the part of Gorbachev. In politics, one must fix things on paper, but even fixed things can get violated frequently. But he only discussed it and decided that that was it. It was a wrong thing to do," Putin said.

Gorbachev commented on Putin's remarks in the documentary. "In those circumstances, even discussing that question was legally impossible. Before July 1991, there were two military-political blocs - NATO and the Warsaw Pact, and Warsaw Pact member countries did not raise this issue," Gorbachev said.