Prior to Donald Trump's visit to Saudi Arabia, it was reported that Riyadh was planning to invest $40 billion in the US economy. Will the money pay off? What will Trump demand to accept it? 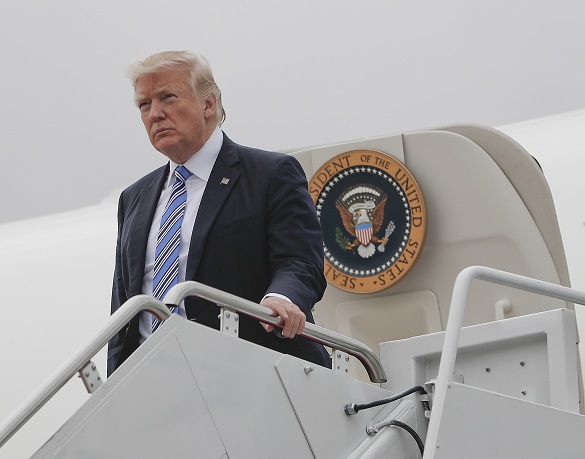 The history of the relationship between Donald Trump and the Kingdom of Saudi Arabia (KSA) is short, but full of drama. Suffice it to recall the story when Trump, while a presidential candidate, declared his readiness to cease purchasing oil from Saudi Arabia.  Similarly to his predecessor Barack Obama, Donald Trump accused Riyadh of the wish to solve their problems at someone else's expense. Obama called the Saudis "free riders." Trump said once that the USA was getting nothing in return to extensive services that the USA was providing to Saudi Arabia in the field of defense.

"Nothing" is an exaggeration. Saudi Arabia is known as one of the largest buyers of US military hardware. The country has spent billions of dollars to buy arms from the USA and ensured the functioning of the world oil market in accordance with interests of American companies. Saudi Arabia provided Washington military bases and invested considerable funds in US parties - both Republicans and Democrats. This is just a little of what Saudi Arabia does for the United States.

Yet, Saudi Arabia has struck a serious blow to the US shale oil industry, but the KSA had to pay a big price for that.

However, Trump was adamant. As soon as he took office as President, he started speaking about the  "unrewardable debt" of the Saudi monarchy to the United States. For everything that the United States has done, America has not received a "single oil rig" in return, Trump said once.

Additionally, the new American president has done nothing to prevent the filing of lawsuits against Saudi Arabia on the part of relatives of victims of 9/11 attacks. Even though there was no evidence found to establish the guilt of Saudi officials in the tragedy from 2011, the lawsuits were filed anyway. Riyadh threatened to sell KSA's assets in the USA worth hundreds of billions in retaliation, but the Americans did not even blink.

In late April, Trump "honestly admitted" that Saudi Arabia had not been honest with the USA, even though the Americans were spending enormous money to protect the kingdom.

It seemed that the once close and friendly relations between the United States and its faithful vassal Saudi Arabia have been ruined. In reality, it was a lovers' quarrel.

Having taken office, Trump outlined his Middle Eastern policy. In general terms, it goes about the Arab-Israeli bloc against Iran. This is very acceptable for the Saudis, because they have long considered Iran their enemy. What about the friendship with Israel? Well, if there is a common rival, everything is possible.

Mot likely, the plan was discussed during the visit of the successor to Saudi Crown Prince Mohammed bin Salman to Washington. He, on his part, could not help but offer the Americans a tempting proposal to take part in the reforms related to the privatization of a part of Saudi Aramco oil giant and the rearmament of the Saudi army. The proposal promises multibillion-dollar contracts to American companies.

This, apparently, has made Trump change his mind about the "dishonest" Saudis. He decided to make a very symbolic move: to pay his first foreign visit to Riyadh.

This is the greatest honor from the point of view of Oriental standards. The head of the White House is not going to Europe, his neighbors on the continent and not even to China, but to the Kingdom of Saudi Arabia, and only then - to Israel! This gives the Saudis the status of the first ally of the USA in the region, which automatically includes both security guarantees and a friendly relationship.

In return to such an honor, the Saudis announce their desire to invest $40 billion in the US economy. This money is meant for Trump's infrastructure projects. Riyadh will pay to create many jobs for the Americans and make its own contribution to the realization of Trump's dream of making America great again.

Saudi Arabia will have to increase the volume of arms purchases from the Americans and forget about prospects to improve relations with Iran and finally turn into an anti-Iranian bridgehead. To crown it all, the KSA will have to give the Americans a part of its oil industry and launch open cooperation with Israel.

What if Washington demands Saudi Arabia should legalize gay marriage and grant Saudi women the right to own passports and drive?