Women of Saudi Arabia to break the bubble of absolute patriarchate

The current oil crisis has greatly affected political, economic and social aspects of life in Saudi Arabia. The carefree life based on super revenues from oil sales has ended, and now is the time to remove the rose-colored glasses. Saudi Arabia is going through the era of serious changes. The country will have to do something about patriarchy and women's rights. 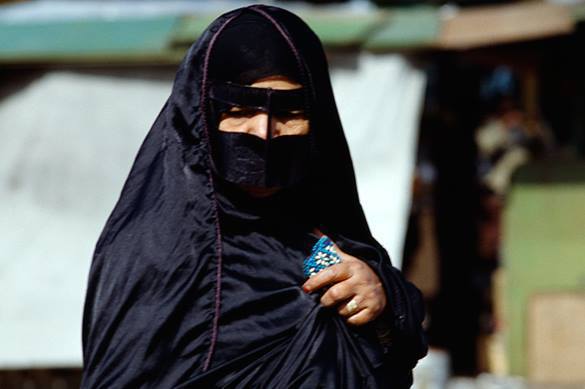 Not that long ago, Saudi Arabia held a pompous presentation of the strategic development plan, "Vision 2030." The authors of this very ambitious plan to turn the kingdom into a country with a highly diversified economy that does not depend on oil and gas. All this is supposed to happen before 2030. The economic part of the Saudi strategy is impressive indeed.

Saudi Arabia: Life in a bubble

The government of Saudi Arabia is expected to conduct a number of difficult reforms, many of which have already begun. One can already say that most difficult and painful changes are in store for the Saudi society in the first place, because the present-day society of the Kingdom does not meet many requirements of today and tomorrow.

For decades, Saudi Arabia has lived in a bubble, having shut itself off from the social development of mankind. Giant oil revenues gave the country an opportunity to preserve outdated social structures, laws and communications systems.

As a result, millions of citizens of Saudi Arabia are at risk of being unprepared for active life and efficient activities in a dynamic and competitive open environment. The authorities of the kingdom will have to quickly find solutions for an infinite number of problems that will appear (they appear already) at every turn. One of such issues is the status of women in the Saudi society.

Human rights organizations and world media pay a lot of attention to the right of Saudi women to drive. Critical material on the subject appear almost every week. Members of the Consultative Council (Shura) of the Kingdom and top leaders have been discussing the issue lately, although no change has happened yet.

Indeed, women in Saudi Arabia are denied the right to drive vehicles. If a Saudi woman needs to go somewhere, she has to use driver's services. The Saudi authorities justify the prohibition by their concerns about women's health. In fairness, one can say that this is not too sly an excuse: traffic in the Kingdom is busy, and most drivers do not show much respect for traffic rules. Traffic-related death rate in the Kingdom is high. Therefore, the appearance of women drivers can only aggravate the situation.

However, under the "Vision 2030" strategy, Saudi women will have to be allowed to drive. The plan provides for the involvement of Saudi citizens in active labor and economic activities to replace foreign workers and professionals that make up the core of labor personnel in the KSA. It will be impossible to achieve this goal if Saudi women do not enter the labor market. One needs to increase their mobility to do that so that women could go to work and then back home. Many of them will prefer to use cars for the purpose, of course.

Saudi women are not capable of having rights and duties in our usual sense of the word. Before a woman can do something, she is supposed to obtain official permission from their male guardians. A guardian can be her husband, father, stepfather, brothers or other male relatives. They can prohibit a woman from receiving an education, getting married, getting a job, traveling abroad, etc, etc.

It just so happens that every Saudi woman will have to obtain written permission from her male guardian to be able to drive, unless this basic rule is canceled. A guardian has the right to revoke his permission any time. Moreover, even if a man agrees to give a woman the right to study abroad, other relatives may appeal against this decision and obtain an injunction to prevent this from happening.

In addition to Sharia laws, there are tribal traditions and customs that determine the position of women in the Kingdom of Saudi Arabia. For example, a young woman can be forced into marriage against her will. A legal marriage in Saudi Arabia can be broken if woman's relatives decide to prove afterwards that the woman's husband is a native of a different clan. Such things may happen years afterwards, even when spouses expect children.

In general, women in Saudi Arabia lead proxy lives. Will the Kingdom be able to bid farewell to all of this? It was only a few weeks ago, when the authorities of the Kingdom agreed to let women own copies of their own marriage contracts. Prior to this decision, women were not allowed to use the document - they could only sign it.

Many women in Saudi Arabia still do not have identity cards! Although the decision entitling them to have one has been made, the bureaucratic state system works very hard at this point. Only a few women in the country have been able to obtain their IDs for the time being.

If, let's assume, the transport problem for working women is solved, another question arises about the workplace as such. The law prohibits both Saudi and foreign women from working at hazardous industries. There are multiple restrictions for working at medical or educational institutions, where any possibility of direct contact with men is strictly excluded, even at plain office work.

Therefore, a woman can work as a saleswoman, for example, only at "women's" stores. Women are allowed to stand behind the counters of grocery stores, but they are still not allowed to sell fruits and vegetables. The only Saudi woman, who was trained abroad as a civil aviation pilot, can not work in her homeland.

Workplaces at offices in Saudi Arabia should be equipped appropriately to ensure "women's specific needs." In particular, there are special "women's rooms," where female employee can adjust their clothes and looks. To crown it all, there are restrictions for working hours for women in the Kingdom.

Coupled with problems related to pregnancy and child care, all this makes female personnel very costly and unprofitable for employers who, of course, compensate their losses with low wages and penalties.

In short, the issue of women's rights that Saudi Arabia has been able to ignore for so long now comes to the foreground. Without its satisfactory and quick solution, there will be no progress in the country before 2030. If the Saudis start reforming women's rights, they will have to transform whole layers of social relations and overcome the resistance of age-old traditions and prejudices. All this is fraught with social frustration and conflicts.