Time for Saudi Arabia to become sworn friends with Russia

During the G20 summit in China, Russian President Putin had a meeting with successor to Crown Prince of Saudi Arabia, Mohammed bin Salman. Putin's aid Yury Ushakov said that Russia's nuclear power agency Rosatom was ready to join the construction of 16 nuclear power units on the territory of the Kingdom of Saudi Arabia (KSA). 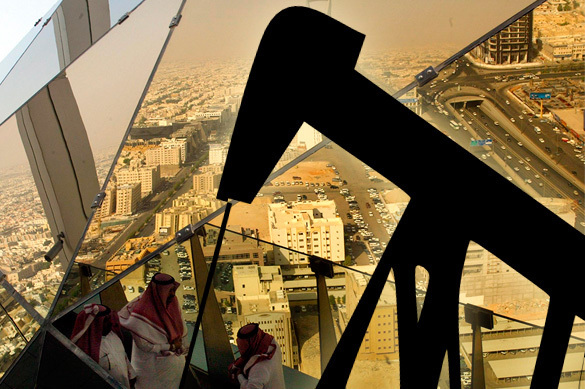 Russia and Saudi Arabia need each other  - one may come to this simple conclusion on the basis of a brief analysis of the regional situation.

Let's start with Syria. It is an open secret that Moscow and Riyadh share different positions on the crisis in Syria. Saudi Arabia wants Syrian President Assad out, claiming that it was Assad's "repressive policies" that created conditions for the onset of terrorist groups. Moscow, on the other hand, insists on maintaining the legitimate power to combat the Islamic State.

At the same time, both Syria and the Russian Federation see the Islamic State as a threat. The two countries also want to preserve Syria as a single state within its present borders.

One should point out the following fact in this connection: the Arab world on the whole and Arab countries in particular are not directly involved in the Syrian conflict. The war in Syria involves Russia, the USA, Iran and Turkey. Of course, we must mention the Syrian army as well, but it does not represent the Arabs as Syria's membership in the Arab League has been suspended. Saudi Arabia, along with a number of other Arab countries, is a member of the US-led coalition. Warplanes of Saudi Arabia, the UAE and Jordan were bombing the Islamic State until the latter shot down a Jordanian aircraft.

Saudi Arabia has repeatedly declared its readiness to send special ground forces to Syria, but Washington did not approve. Unfortunately for the Arabs, 100 years after the humiliating Sykes-Picot agreement, they are once again unable to take the fate of their "Arab Homeland" in their own hands. Instead, they can only watch others doing that.

However, the virtual absence of Arab states on the battlefield should not lead to the fact that they will be deprived of all responsibility for the future of the region. If the Arab world is not integrated into the process of political settlement in Syria, the hotbed of international terrorism in the Middle East will remain, and the main problem will not be solved.

Saudi Arabia appears to be the most responsible player at this point. The kingdom plays a leading role in the Cooperation Council of Arab States of the Gulf (GCC). This organization unites six "oil monarchies" of the Gulf and acts as a center of attraction for a number of other countries (Egypt, Jordan, Morocco, Sudan). Thus, it would be quite logical to include the Kingdom of Saudi Arabia and the GCC in the work to settle the crisis in Syria.

If Russia could make successful steps in this direction, it would be the biggest achievement of its Midwestern policy. How can Russia achieve that, given the very complicated history of our relationship?

There are at least three factors that give hope for success. Firstly, there are influential forces in the KSA that are potentially interested in cooperation with Russia. We are talking about Crown Prince Mohammed bin Salman. He serves as second Deputy Prime Minister, chairs the Ministry of Defence and the Supreme Committee for Economy. Noteworthy, it was Mohammed bin Salman, who initiated a truly landmark program of socio-economic reforms for the kingdom - Vision 2030.

The program, inter alia, provides for massive reforms in the energy sector and the construction of nuclear power stations that are expected to provide up to 20 per cent of energy needs of the kingdom by 2030. There is no doubt about the fact that companies from different countries struggle with each other to win Saudi contracts. Yet, Russia's Rosatom receives access to them, thus heralding Riyadh's favorable attitude to the Russian company and Russia in general.

Bin Salman received maximum possible powers for the modernization of the country from his father - King Salman bin Abdulaziz. The young prince is in charge of highly important international negotiations: he has already had several meetings with Russian President Putin, has recently visited the United States, France, Japan, Pakistan and currently represents the kingdom at the G20 summit in China.

Difficulties in relations between the KSA an the USA is the second factor that gives us a reason to  hope for the Russian-Saudi relations to strengthen. The Saudis remain dissatisfied with actions of the Obama administration to re-orient the US global strategy from the Middle East and North Africa region (MENA) to the Asia-Pacific Region (APR). For Saudi Arabia, the new strategy of the United States means that the traditional kingdom of the ally - the United States - leaves Saudi Arabia to the mercy of fate. Specifically, Obama said that Riyadh should find an acceptable formula for a regional balance with Tehran - a longstanding rival of the Saudis.

Saudi Arabia and personally Bin Salman need a powerful strategic ally of global level that could balance out the growing power and influence of Iran. If not the USA, then only Russia can do it.

Eighteen months ago, Saudi Arabia decided to intervene in the Yemeni civil war. It was not the first such intervention, but the latest one was different. In the spring of 2015, the KSA led a broad coalition that was supposed not only to "force" the Yemenis to peace, but also to restore the power of "legitimate" President Hadi and most importantly stop "Iran's expansion."

The KSA intended to conduct a "small victorious war" to win the geopolitical status of a regional power, able to lead a broad coalition of allies and take responsibility for regional stability. The initiator of this was Defense Minister Bin Salman. Now, however, it is clear that his strategy suffered a debacle: none of the goals has been achieved, the Saudi coalition is breaking up. The  US has refused to help the KSA, recommending them to include "pro-Iranian" Huthis in the new Yemeni government. This is complete failure for Riyadh.

This is where Russia may come on stage. Moscow has long-standing ties with Yemen. The supporters of former President Saleh appear to be one of the main feuding forces in the country - they have recently asked Russia to return and even build army bases there.

There is no doubt that Russia has her leverage of real influence, given her ties with Iran. If Russia helps Saudi Arabia save its face in Yemen, it would be a landmark achievement of the Russian  diplomacy.