Saudi Arabia dares to be rude with 'world emperor' USA

The classic diplomatic dictionary lists approximately 60 styles applicable to interstate communication, ranging from wars to accepting the request of a country to be part of a foreign power. A recent announcement by the Saudi Prince Bandar can be compared if not to a direct diplomatic insult, then an extremely aggressive attack at the United States. 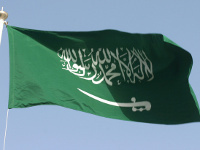 A member of the ruling royal family, head of Saudi intelligence Prince Bandar bin Sultan is considered one of the key leaders of Saudi Arabia, close to the influential Republican circles in the United States where he served for a long time as an ambassador for Saudi Arabia. He even earned the nickname "Bandar Bush" in line with his political preferences.

All the more surprising was a statement he made in the course of conversations with Western diplomats. Prince Bandar said that his country would fundamentally reconsider its relations with the United States. The reason behind it is Washington's refusal to consider the interests of Saudi Arabia in the Middle East. The White House, according to Bandar, is unable, apparently under the influence of the Israeli lobby, to make progress in resolving the Israeli-Palestinian conflict. It is acting in the interests of Israelis, does not support the policy of Riyadh who crushed the pro-Iranian Shiite uprising in Bahrain, as well as re-orienting its policies to improve relations with Iran, the main opponent of Sunni Saudi Arabia in the region. Of course, Bandar complained that Washington abandoned radical measures against Syria where the Saudis support the Islamic insurgency.

Undoubtedly, as a diplomatic measure such a statement from someone who is not the first person in the country is unprecedented. Saudi King Abdullah has not commented on these statements. Similar tone in dealing with the "emperor of the world," the United States, was used only by diplomats of China, and not often, like in an example of the bombing of the Chinese embassy in Belgrade.

What are the roots of this courage not typical for a member of the royal family? Prince Bandar represents Sudairi clan, the most powerful group of the Abdulaziz dynasty, the founder of the Saudi kingdom, and is the most likely candidate for the throne. Sudairi clan is associated with the U.S. Republican elite and U.S. multinational corporations.

A counterweight to Bandar and other leaders of the clan is the son of the current king Mitab regarded as an extremely important figure. Mitab is in command of the National Guard, the only combat-ready power structure of the country, which is subject only to the king. Mitab is supported by the rulers of Al-Hasa region that houses the richest oil fields. This clan is unlikely to seize power in the kingdom, but is capable of taking control over the most important oil fields including the formation of a separate state. Of course, provided there is a strong external support.

As evidenced by the information that emerged in the media, over the past two months representatives of the Obama administration met with Mitab and his supporters at least four times. The alignment of forces is clear. In the U.S. the Democratic administration led by Obama is mercilessly attacked by the Republicans holding it on a tight leash over the debt ceiling and the alleged betrayal of the American interests in Syria. Senator McCain has published another article where he sharply criticized the policies of Barack Obama and Democrats in general. The reasons for the attacks are the same - indecision, failures of foreign policy, and refusal to support moderate Islamists represented by Syrian rebels. Bandar's statement is similar and gives an additional reason to blame Obama for the loss of the most important ally. Besides, Bandar, no doubt, is aware of the fact that Obama supports his rival for the throne.

King Abdullah is ninety years old, and Crown Prince Salman is terminally ill, so the battle for power at the time when the two most powerful clans are fully mobilized can bring unexpected and dramatic results. The challenge given to Obama by a second-rate, by world standards, political figure obliges the U.S. president to provide a quick and effective response. Preparation of this answer has apparently already begun. The Western media keeps publishing articles about outrageous human rights violations in the Arabian sands, while international human rights activists are preparing reports on the most egregious facts that depart from Western moral standards. For example, the fact that gays are publicly beheaded. Yet, Saudi Arabia has been doing it for the last eighty years and no one really cared until problems in relations with the United States have emerged.

What is Russia's interest in all these clan-power Saudi-US conflicts? First, the weakening of the regime in Riyadh would inevitably limit the financial and material support for Wahhabi underground in Russia and, in particular, in the North Caucasus. This is significant.

But much more importantly, the Syrian initiative of Vladimir Putin has initiated the revival of what is called a strong Russian presence in the Middle East. This presence is traditional, and the opposition to the policy of the USSR and Russia from the Islamic Riyadh is also traditional. The weakening of Saudi Arabia will provide the Russian diplomacy with an opportunity to take a strategic political position in the region, not only in the implementation of the foreign policy interests, but also, following the example of China, implementation of the economic expansion in Arab countries.