USA and Russia compete for influence on Arabian Peninsula

The rivalry between Russia and the United States in the Persian Gulf has been gaining momentum. The largest country in the region - Saudi Arabia - has recently attracted VIP attention from Moscow and Washington. On April 16-17, Federation Council Speaker Valentina Matvienko paid a two-day official visit to Riyadh. The day after her departure, Pentagon chief James Mattis landed in the capital of Saudi Arabia. 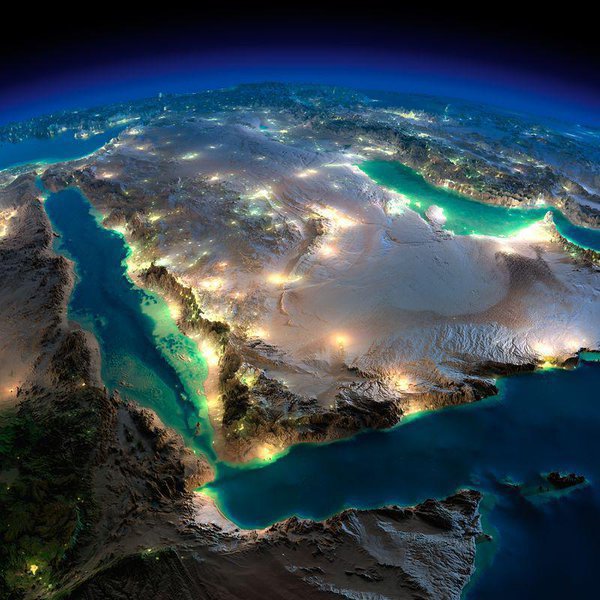 Officials from Moscow and Washington had their own priority topics for discussion with the Saudi ruling royal dynasty. For Valentina Matvienko, the key topic was oil production. A regular OPEC summit is to be held in Vienna on May 25, and it is the position of Saudi Arabia as the largest oil producer that will have a decisive influence on the final decision of the oil cartel.

If the Saudis refuse to extend the OPEC's November commitment to cut oil production from January 2017, oil prices may fall again, and Moscow is aware of it. For the Russian economy, the cost of a barrel of oil is extremely important as the collapse of world prices on oil in the autumn of 2014 triggered the decline of the Russian ruble - from 32 to 60 rubles (and higher) per one dollar. Valentina Matvienko's mission was to convince the Saudi monarch of the need for a consensus at the OPEC summit in Vienna in May.

Apparently, the head of Russia's Federation Council managed to achieve diplomatic success. Three days after Matvienko's visit, on April 20, Saudi Energy Minister Khaled al-Falih, speaking at an oil media forum in Abu Dhabi, said: "There is a preliminary agreement, but not with all oil-producing states yet, to continue the effect of the agreement on the reduction of oil output. It does not matter whether the agreement is going to be valid for six months or a year. The goal remains the same: to achieve balance in the market."

The Saudi minister also noted that during the first three months, when OPEC and non-OPEC countries cut their production, world oil reserves did not fall below average in the last five years. Therefore, the consensus to extend the agreement between its participants has not been achieved yet.

Additionally, Moscow and Riyadh recognized the difference in their positions on Syria and Iran. Russia supports Bashar Assad, and Saudi Arabia demands his removal from power. Russia is Iran's strategic ally, and Riyadh is waging an undeclared war against Tehran. Nevertheless, disagreements in these key issues did not prevent Valentina Matviyenko and the Saudi monarch from discussing prospects for the delivery of Russian arms and military equipment to Saudi Arabia. In particular, the officials discussed a possibility to supplying Russia's state-of-the-art S-400 Triumf air defense systems to Riyadh.

Prior to Matvienko's visit, Aleksey Frolkin, Deputy Director of the Federal Service for Military-Technical Cooperation, stated: "Negotiations with Saudi Arabia are underway. We are ready to develop full-format relations in the field of military-technical cooperation. We hope for a positive outcome."

Naturally, Russia's successful talks in Saudi Arabia caused obvious dissatisfaction in Washington. Saudi Arabia has been Washington's staunch ally in the Persian Gulf since the 1940s, when the first US Air Force base appeared on Saudi land. Washington's prime goal now is not to let Russia insinuate herself into Saudi Arabia's confidence, as it has already happened with Turkey.

Noteworthy, even though Turkey is a member of NATO, Ankara has been cooperating with Moscow a lot recently, even against the backdrop of the "cold war" that Turkish President Erdogan has been waging against two NATO members - Germany and Holland. Experts believe that it is now increasingly difficult for Ankara to ignore Russia's growing role in the Middle East, so Turkey has to maneuver between Moscow and Washington.

As soon as Matvienko left Riyadh, Pentagon chief James Matties arrived in the capital of Saudi Arabia to discuss issues related to the struggle against pro-Iranian rebels in Yemen. Washington is concerned about the fact that Tehran is becoming increasingly involved in the internal conflict in Yemen by supplying weapons to Husit rebels. The latter, according to the CIA, shell the territory of Saudi Arabia with Iranian missiles. According to Mattis, the USA wants to put an end to that.

Mattis' talks in Riyadh were held behind closed doors. However, it transpired that the parties agreed to increase US military assistance to Riyadh to contain Iran. The Saudis asked the head of the Pentagon to increase pressure on Tehran after the world community abolished sanctions against Iran. However, the US has not eased sanctions against Iran.  In February, Donald Trump expanded restrictive measures against Iran in response to the ballistic missile tests by the Islamic Republic. The head of the White House called Iran a "terrorist state."

Trump's statement played into the hands of Moscow, because Tehran, fearing a military strike from the US, fell into the arms of the Kremlin. "Iran wants to create a strategic (read: military) alliance with Russia in the Middle East," said Chairman of the Mejlis (Parliament) of Iran, Ali Larijani.

Tehran was hoping for huge investments of EU countries in the Iranian oil and gas industry. Yet, an officially formalized military alliance between Iran and Russia may cool relations between Tehran and EU. Therefore, when Donald Trump, without subtlety, stated that Iran was a hostile state, Tehran had no alternative for a military alliance with Moscow.

Is Iran willing to aggravate relations with Saudi Arabia? In February 2016, Riyadh terminated diplomatic relations with Tehran after the Saudi authorities gave the go-ahead for the execution of pro-Iranian Shiite preacher Nimr al-Nimr, His execution triggered mass protests against the Arabian kingdom in Iran.

It is Saudi Arabia that initiated the so-called "Arab NATO" - the united anti-Iranian front of Islamic countries. The worst scenario for Riyadh is the further strengthening of Husit insurgents in Yemen, who may block the Bab-el Mandeb Strait - the gateway for exports of Saudi oil to the world. The blockade of this strait may lead to a sharp deficit of oil in the world, when oil prices may rise to $100 per barrel and higher.

The question is how long Saudi Arabia can compete with shale oil. Donald Trump already puts pressure on the Saudis, pursuing the policy for a dramatic increase of oil production inside the United States.

At the same time, Saudi Arabia may conclude a secret agreement with the USA to make world oil market collapse, and this is exactly what the United States wants.