Saudi Arabia's attempts to establish an anti-terrorist bloc similar to NATO can only make the international community laugh. Nobody in the world will take statements and actions of Saudi Arabia seriously, as this country has not fulfilled itself as a major player, Director of the Center for  Strategic Situations, Ivan Konovalov told Pravda.Ru. 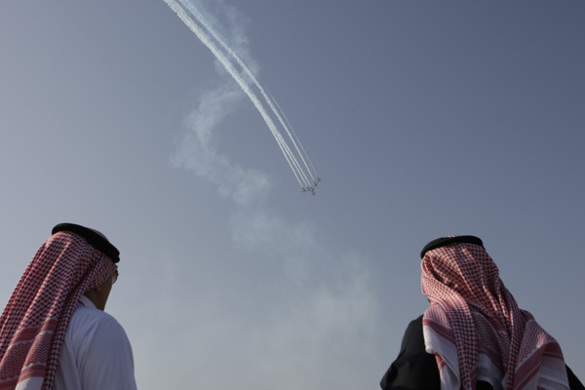 "Everything that they say in Riyadh, is being done under the influence of momentous conditions. The announcement to create a NATO-like bloc is simply a declaration that both Russia and the West will only grin upon, because everyone knows what Saudi Arabia is about. This is a country that finances international terrorism. When Saudi Arabia talks about some sort of struggle against terrorism, this is just ridiculous," the expert told Pravda.Ru.

According to Ivan Konovalov, the game of oil prices that Riyadh started in the hope of destroying the Russian economy, has failed and struck a very hard blow on Saudi Arabia instead. On this basis, Riyadh has been taking efforts to consolidate the Sunni majority in the Arab world. "One should not take any statements from Saudi Arabia seriously. This is not even a lame duck - this is an absolutely lost regime. They will either have new leaders there, or the country will collapse. They need to understand that the country needs to be modernized. Saudi Arabia is still living in the nineteenth century," Ivan Konovalov told Pravda.Ru.

Ivan Konovalov does not think that the Kingdom of Saudi Arabia will use Egypt to build the core of the anti-terrorist bloc. Of course, the Saudis have retained certain influence in Egypt, because when the Americans refused to provide military assistance to Egypt, the Saudis took the initiative immediately. Yet, the Egyptian military share secular and democratic values.

"One should bear in mind the fact that the Egyptian army is one of the best armies in the Arab world," said Ivan Konovalov. Egypt pays first priority to integrity of the state - the country will not play the double game of Saudi Arabia.