The US and its allies in the Arab world offer Russia a "great deal": to exchange Syrian President Assad for cooperation with wealthy Gulf countries. Should Moscow seriously consider such a proposal? The pro-Western Syrian opposition (the Supreme Negotiating Committee, SNC) has recently presented a new plan to resolve the conflict that lasts for more than five years already. According to the plan, President Bashar Assad is to leave in accordance with the results of Geneva-1 conference that took place in 2012. 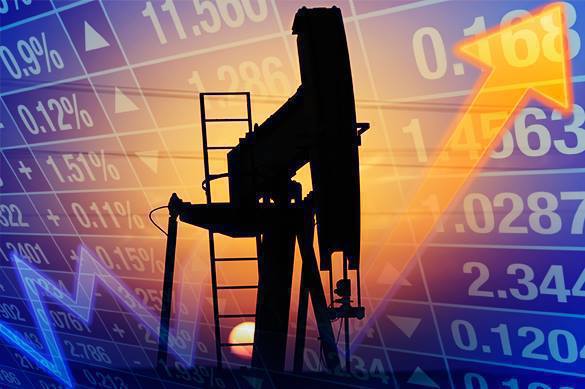 According to the SNC, which enjoys the support of the United States and Saudi Arabia, Assad is supposed to take part in new negotiations, as a result of which he will leave office and undertake not to take part in the political life of the state (particularly in the transitional government, and subsequent elections). As we can see, the "irreconcilable" have made their concessions: until recently, they have flatly refused to sit down at the table with Assad. Yet, their goal remains the same: to strike the sitting president out of Syria's future. Moscow still finds this plan unacceptable. The Kremlin insists that Syrian President Assad must participate in all the processes that take place in the Syrian political life. One should take a close look at the circumstances, against the backdrop of which the Supreme Negotiating Committee proposed the above-mentioned plan.

First of all, Russia and two oil monarchies of the Gulf - Bahrein and Qatar - signed an agreement on military cooperation. Bahrain demonstrates an intention to develop cooperation with Russia in a number of other areas, while President Putin has called the country "a new support" of Russia in the Middle East.

Secondly, a little earlier in China, Russia and Saudi Arabia came to the long-awaited agreement on cooperation in matters of oil production and, ultimately, oil price regulation.

Roughly speaking, these two facts suggest that Saudi Arabia and other members of the Cooperation Council of Arab States of the Gulf offer Moscow to stop supporting Assad in exchange for lucrative contracts, investments and joint increase in oil prices. These are "carrots," so to speak.

There are also "sticks," of course. US Secretary of State Kerry and his Saudi counterpart Al-Jubeir said that  the US-led coalition in Syria, with the participation of Saudi troops, was going to intensify ground operations in Syria disregarding the presence of Russian forces in Syria. Al Jubeir repeated this statement in London the same day when the SNC unveiled its initiative.

The appearance of the Saudi Army in Syria will create a plethora of problems for Russia. To crown it all, Turkey has recently announced its readiness to join the USA in the offensive on Raqqa, the stronghold of the Islamic State (organization is banned in Russia). Therefore, if Russia rejects the proposal from the pro-Western Syrian opposition, Washington may support Ankara's idea.

If this happens, then, according to the authors of "Plan B", Russia may find itself in a very uncomfortable position. Clinging to Assad, Russia may give initiative in the struggle against the Islamic State to the US, Turkey and Saudi Arabia that will subsequently (no doubt about that) receive the laurels of the winners. Afterwards, it will be up to the victors to decide the fate of the Syrian president. Russia, having lost all perspective of beneficial cooperation with Arab States of the Gulf, will be left with nothing.

In fact, there is nothing new about the entire plan. "Assad in exchange for access to the potential of the Gulf" - the Saudis have been following this formula for quite long.

Why do they want Assad out so much? Five years ago, prior to the start of the civil war, in the face of the Arab Spring, the Syrian president chose to join efforts with Iran, rather than Saudi Arabia and Turkey. It is not clear why Assad opted for Iran, but Saudi Arabia can not

forgive him for that. By and large, the real enemy of Saudi Arabia in Syria, as well as in the Middle East, is Iran. They are convinced that the fall of Assad will stop the "Iranian expansion" will create a strong anti-Iranian barrier in Syria. They also want Moscow to renounce its regional partnership with Iran. It appears that the above formula of Russia's rejection from can be interpreted as an offer to compensate Russia for the losses that the country will inevitably suffer after breaking off relations with Iran.

Yet, if we look at the situation from a highly pragmatic (if not cynical) point of view, one has to admit that neither "carrots" nor "sticks" look convincing enough. Firstly, making up the loss of Iran as an ally with promises of multibillion-dollar contracts and investment is impossible. Even if all these contracts and investments are real, the appearance of the unfriendly Islamic Republic near Russian borders (with missile weapons and the potential to create a nuclear bomb) can be compensated only with a reliable strategic position in the Gulf.

Secondly, as for the "sticks," it appears that the time for implementation of "Plan B" is almost over: the United States will not launch a massive ground campaign in Syria at the time of the presidential election. Of course, one may expect unpredictable decisions from Nobel Prize winner Barack Obama, especially after his humiliating experience in China. Yet, he is unlikely to start a large-scale war in Syria in the face of a threat of armed clashes with Russia.

The only thing that might work is to convince Islamic State fighters to surrender their "capital". The Turks have already done the trick in northern Syria, when they took Jarabulus in just a few hours. Yet, this combination is too risky as the consequences of a possible leakage is unpredictable.

All Russia can do now is to wait until tis partners find a more responsible approach to the problem and make a serious offer.