Russia and Saudi Arabia to decide the fate of oil

Crude oil futures were rising in price steadily last week. Traders are full of optimism. They are confident that world's largest players will take measures to stabilize the oil market. First of all, it goes about agreements between Russia and Saudi Arabia. The first attempt to reach an agreement in Doha suffered a fiasco in April. Is there a hope this time? 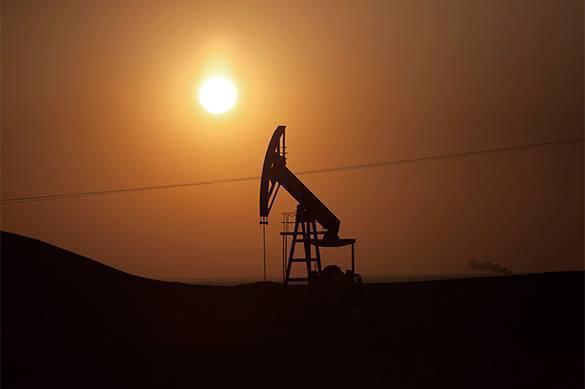 September futures for trading on the ICE Futures exchange in London on crude oil West Texas Intermediate CLU6 gained $1.25 and reached $45.74 per barrel. Crude oil Brent LCOV6 raised by 2.9 percent, to $48.35 per barrel.

Traders encouraged by unanimity of Moscow and Riyadh

The revitalization of the market occurred against the background of statements from Russian and Saudi officials, as well as from OPEC. Russian Energy Minister Alexander Novak in an interview with the Saudi newspaper Al-Sharq al-Awsat said that Moscow was ready to continue the dialogue with OPEC to stabilize oil prices.

Another statement was made by OPEC President Mohammed bin Saleh Al-Sad. He said that in late September, the cartel would hold a meeting go consider the same questions. Last Thursday, Saudi Minister for Energy Khalid al-Falih expressed readiness to take part in the upcoming negotiations.

Another attempt to negotiate

This is the second attempt to freeze oil production this year. The first attempt ended in failure at a meeting in Doha (Qatar) in April of this year, when the Saudis were allegedly concerned about the absence of Iran in the deal. However, some assumed that Riyadh had a call from Washington.

Some experts believe that the negotiations between Saudi Arabia and Russia is a big deal in terms of the potential production freeze. Others believe, though, that it is Saudi Arabia that holds real power to influence the market. Anas Alhaji, an independent energy expert, former chief economist at NGP Energy Capital Management, told MarketWatch that Saudi Arabia could raise prices single-handedly, without the participation of OPEC. According to him, if Saudi Arabia cuts production back to 10 million barrels per day and keeps it at this level, then the price will rise.

Riyadh does not have the power

It appears that the Saudis are concerned against the backdrop of Vladimir Putin's recent meetings with regional leaders from Iran, Turkey, Azerbaijan, where the officials addressed the issue of cooperation in the field of oil and natural gas. Apparently, the kingdom fears the establishment of new cartels that will be able to deprive Saudi Arabia of its monopoly on the market.

Such apprehension can be seen in the words that Saudi Minister for Foreign Affairs, Adel al-Jubeir, said in Brussels, where he met with the head of EU diplomacy, Federica Mogherini. He expressed concerns about the imperial intentions of Iran and spoke about the plan of the Kingdom's development strategy until 2030. Riyadh offers partial privatization of the state-run oil company Saudi Aramco and the diversification of economy. In the coming months, a priority of Saudi Arabia would be to stabilize disorderly changes in oil prices, Adel al-Jubeir said.

For Saudis, a strategic forecast is unfavorable. The riyal is pegged to the dollar, and the budget of the country under receives income in this regard. The kingdom is waging a costly war in neighboring Yemen. The Islamic State (banned in Russia) has recently conducted first terrorist attacks in Saudi Arabia. For Russia, a strategic outlook is more favorable. The ruble has a floating exchange rate against the dollar, which ensures stable budget replenishment. Emerging regional alliances in the Middle East and strong presence in Syria demonstrates the offensive of Russia's interests in the region, in contrast to the US. For Russia, it remains extremely important to stabilize oil prices.

Russia may help the Saudis to diversify their economy. Novak said that Russia had made considerable progress relying on renewable energy sources, and recalled the ambitious plans of the Saudi government to build 16 nuclear reactors in the next 25 years. According to the plan, the nuclear plants of the kingdom are to produce up to 20 percent of needed electricity. One may assume that Arabian monarchs are willing to let Russian companies participate in their energy projects.

"If they can do without Iran, maybe something will work out, but one can not guarantee anything, - Gurgen Gukasyan, senior fellow at the Center for Arab and Islamic Studies at the Institute of Oriental Studies told Pravda.Ru. - Saudi Arabia is unable to maintain profitable exports. Saudi Arabia can not regulate the price of oil alone now. Saudi Arabia is no longer the a monopolist - they now have the company of the US, Russia. Iran will be increasing output as well. It was the US shale oil production that set a limit on the price. It is possible to increase this type of production quickly, and prices will be limited in growth to about $50 per barrel," Gurgen Gukasyan said.