The USA will collapse in eight years

Is the United States of America degrading and falling apart? Will Donald Trump be able to stop the collapse of the country? Will his opponents - global financial elites - be able to initiate a civil war? Pravda.Ru editor-in-chief Inna Novikova discusses these questions in an interview with president of the Academy of Geopolitical Problems, Leonid Ivashov. 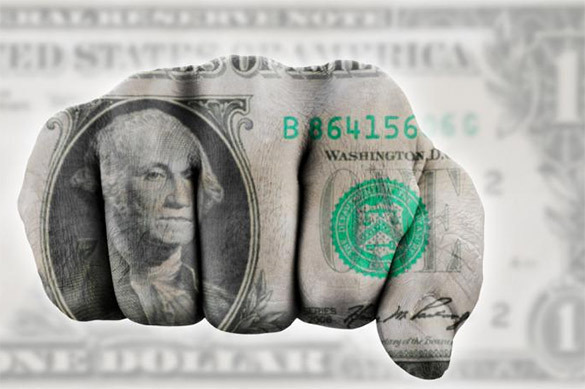 "Do you think that the USA may collapse?"

"Global financial elites may try to make America collapse through civil wars. They may initiate  the pullout of certain states, etc. I am familiar with the works of John Patrick Buchanan, who used to serve as a presidential advisor.

"We had published quite a few interviews with him on Pravda.Ru."

"He has such works as "Suicide of a Superpower" ​​and other similar works. He predicts that by 2025 America will split into three states: the Anglo-Saxon, the African-American and the Hispanic America, and these states are not going to be peaceful with each other. I think that we can see the process in action already.

"There is also a scenario for the US dollar to collapse. Such a development may also increase tension and trigger new conflicts. It is possible that the world will see a new world currency, if all this happens. This will be a binational currency, not the Amero or something like that.

"Now Trump aims to attack the Rothschilds by supporting the Rockefellers. However, the Rothschilds maintain very friendly relations with China, they have a huge office in Hong Kong. Therefore, one may see a new currency basket, such as a combination of the pound sterling and the yuan. Both are backed by gold and are stronger than the dollar. Trump finds himself in an easy situation, so I called his speech "The Socialist Fatherland is in danger."

"The Soviet ruble used to be backed by gold too, but then there was a very unfavorable introduced instead. By using the US dollar, Russia enriches the Federal Reserve System ... Isn't it time to change it for Russia's benefit?"

"Yes, of course. This is the first thing that was done after the collapse of the Soviet Union, as a result of Gorbachev's and Yeltsin's treacherous acts. They were the meanest leaders in the history of the Russian state. It may not sound correct, but it's true. All of our other leaders before them were putting the country together, but those two broke it up.

"Gorbachev destroyed the Yalta and the Potsdam systems. Yeltsin destroyed the things that Russia had been building for millennia. Of course, the Americans contributed to the collapse of the USSR. Maybe they did not even expect that it would work out so quickly.

"In the USA, there was a long-term program that was designed during Reagan's stay in the office. The first objective of the program was to subordinate Russia and control its national currency, and so they did. The collapse of the US dollar can be good for Russia in medium terms. Yet, how does Russia keep her gold and currency reserves, in what securities? Therefore, Russia may quickly lose all of her Reserve Fund.

"Of course, if the dollar falls, the Russian ruble will fall too, and no one knows where it will stop. This brings up a question of the security of the Russian ruble. In short-terms, the collapse of the dollar will strike a serious blow on the whole world. China's yuan and Britain's pound sterling will be more of less secure.

"Gold and currency reserves of Germany and many other countries are stored in the USA as well. They tried to take the reserves back, but the Americans would not let them to."

"Indeed, the Americans do not give those reserves to Norway and the Netherlands either."