USSR was just a coin for Yeltsin and Gorbachev 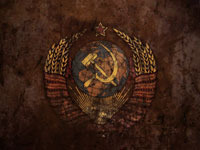 Twenty years ago, on March 17, 1991, the USSR conducted the first and the last national referendum. This is quite an ironic story, since the positive result of the national voting resulted in the collapse of the huge state.

Historians and scientists of politics still differ in their opinions about the reasons that triggered the break up of a superpower of the 20th century. This is quite natural, because it was a very complicated and highly politicized process. Apparently, the collapse of the USSR is not the consequence of one or even several reasons. There is a whole complex of reasons there.

On December 24, 1990, deputies of the Congress of People's Deputies of the USSR made a decision to consider it necessary to preserve the Soviet Union as a renovated federation of sovereign republics that would ensure the rights and liberties of people of any nationality. The same day, on the initiative and persistent requirement from Soviet President Mikhail Gorbachev, the Congress passed two decrees. The decrees were about the need to conduct referendums regarding the questions of establishing private property on land and preserving the renovated Union as a federation of Sovereign Soviet Socialist Republics.

The Soviet people did not hesitate to vote at all. Who would ever vote to destroy their home? As many as 113.512,812 people voted to preserve the new USSR - 77.85 percent of voters.

However, while Europe was uniting in the European Union, the Soviet Union was falling apart. The Baltic States, Moldavia, Georgia, Armenia - all of them wanted to declare independence. People would even make jokes about it. "What does "GDR" mean? - "The Georgian Democratic Republic." "What does "USA" mean?" - "the United States of Armenia."

The critics of the national referendum were right about one thing only. The national voting could not stop the national collapse. The world's largest country became a small coin which Gorbachev and Yeltsin were tossing.

A week before the referendum, Boris Yeltsin said before the activists of Democratic Russia: "Are being accused of disintegrating the Union? Who destroyed the Union, who pushed seven republics aside? It was the president, who pushed them aside with his politics. We do not need the Union in the form that we have it today."

On April 23, 1991, Gorbachev began a new round of discussions of the Union Treaty, based on the formula 9+1. The talks were virtually conducted between the president of the USSR and the leaders of the allied republics. On July 10th, Yeltsin took an oath on the Russian Constitution.

It just so happens that our neighbors applaud Russia only when Russia is weak and exhausted. The strong and powerful Russia can only irritate them. The BBC conducted a poll in 15 countries of the world (the poll was timed to the 20th anniversary of the fall of the Berlin Wall). "Do you find the collapse of the Soviet Union good or bad?" - that was the question to Western respondents. About 54 percent of respondents said that it was good for the world. In Russia, 61 percent of the polled strongly disapproved the break-up of the USSR. Only 21 percent of Russians said that it was a positive factor. In Ukraine, the number of adversaries of the collapse was estimated at 54 percent, vs. 27 percent of supporters. In Poland, 80 percent of respondents approved the collapse of the superpower. The percentage of supporters was the same in Japan. The highest percentage of those who welcomed the collapse of the USSR - 81 percent - was reported in the United States.