Dollar crisis and the coming collapse of US global hegemony 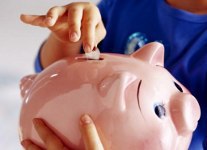 The US is bankrupt. Yet Uncle Sam continues to stride the world stage and can simply print more money to get by because the dollar is the world's reserve currency. Remove it as the reserve currency, and the US will no longer be able to remain supreme or fund its wars by relying on what would then be a worthless paper currency. Today, more than 60 percent of all foreign currency reserves in the world are in US dollars, and the US will attempt to prevent countries moving off the dollar by any means possible.

When the US moved off the gold standard in the early 1970s, the dollar more or less became a de facto oil-backed currency. In return for protection and the purchase of US treasury bonds, among other things, oil-producing Arab states agreed to conduct their oil transactions in the US dollar. The dollar may no longer have been backed by gold, but its worth was guaranteed by the strength of the US economy and the fact that it was closely tied to another precious commodity, this time oil.

Since that time, the US has outsourced much of its manufacturing industry and economic policies have served to crank up a massive amount of debt - 16 trillion dollars worth. Paul Graig Roberts, former Assistant Secretary of the US Treasury, notes that much of the most productive part of the US economy has been moved offshore to increase corporate profits. According to Roberts, the US could revitalise its economy by bringing its corporations back home to employ people. The government could do so by taxing their profits abroad and via protective tariffs, but such moves would be contrary to the material interests (profits) of the ruling oligarchy, which dictates US politics anyhow.

A weak US economy inspires little confidence in the dollar, and trade in general and oil transactions in particular are moving off the currency. With little prospect of reinvigorating the economy at home, the US is responding by expanding into foreign markets and waging wars to maintain global allegiance to the dollar and US hegemony.

Over the past two decades, the US has extended its influence throughout Eastern Europe, many of the former Soviet states in central Asia and, among other places, in the formerYugoslavia, Libya, Iraq, Yemen, Afghanistan, Syria and Pakistan. And the issue of North Korea also has to be seen in this light. It has become a convenient whipping boy that is allowing  the US to beef up its presence in the Asia-Pacific region. As it did with Russia, the US is now effectively encircling China.

Both China and Russia have however held firm over Syria. Syria plays host to Russia's only naval base outside of the former USSR, and Russia and China know that if the US and its proxies topple the Assad government, Tehran becomes a much easier proposition. Ideally, the US would like to install compliant regimes in Moscow and Beijing and exploiting political and ethnic divisions in the border regions of Russia and China would be that much easier if Iran fell to US interests.

A global US strategy is already in force to undermine China's growth and influence, part of which was the main reason for setting up AFRICOM: US Africa Command with responsibility for military operations and relations across Africa. But China is fighting back by attempting to take the legs from under the US dollar, thereby striking at a key nerve of US power.

China has been implementing bilateral trade agreements with a number of countries, whereby trade is no longer conducted in dollars, but in local currencies. Over the past few years, China and other emerging powers such as Russia have been making agreements to move away from the US dollar in international trade. The BRICS (Brazil, Russia, India, China, South Africa) also plan to start using their own currencies when trading with each other. Russia and China have been using their own national currencies when trading with each other for more than a year.

Under Saddam, Iraq was not using the dollar as the base currency for oil transactions. Neither is Iran right now. Libya's Muammar Gadhaffi was talking about using a gold backed dinar as the reserve currency for parts of Africa. And we know what subsequently happened to Libya and Iraq. In 2000, Iraq converted all its oil transactions to euros. When theUS invaded Iraq in 2003, it returned oil sales from the euro to the dollar. Little surprise then that Iran is now firmly in US sight.

In the meantime, Iran is looking east to China, Pakistan and central Asia in order to counteract the effects of US sanctions and develop its economy and boost trade.US aggression is effectively pushing the world into different camps and a new cold war is now in play between the US and its allies and Russia, China and Iran.

The US economy is in terminal decline. The only way to prop it up is by lop-sided trade agreements, by the global seizure of food via seed monopolies and the control of GM crops and their imposition on countries, by waging war to secure resources and by ensuring the dollar remains the world reserve currency. Humankind currently faces a number of serious problems. But the biggest of all is that the most militarily powerful (nuclear-armed) empire the world has known is in decline and is trapped in a cycle of endless war.