The constitutional referendum of December 4th was resolved with the overwhelming victory of the NAY, in spite of all the efforts of those who had wanted and defended this pseudo reform. The YA has lost resoundingly and scoring, hopefully!, the end of the political career of Matteo Renzi, the man with ice cream in a hand (here). Let's hope this is really a definitive end for him and that he doesn't  come back, he who has translated Michelangelo as Michael Angel when Bibi Netanyahu came to visit Rome, a few months ago ... It's knew Renzi simpathy for the English language, although he doesn't know it well and he has never deigned to improve it. 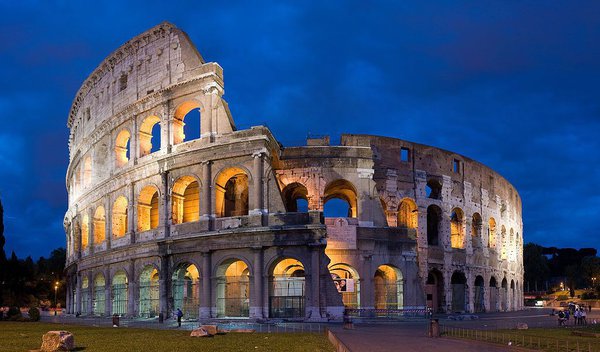 It's definitely a luck that NAY have won, thus rejecting that disgrace of reform. Otherwise we would be gone, for example, from a parliament with two chambers elected by the Italians to one in which only the House of Representatives should be elected as the Senate would be appointed by deputies on the recommendation of parties' secretaries. A Senate phony, filled with people trumpet in some other election and in with representatives of Italian mayors as well. No one knows why, ostensibly to better listen to local realities. But what reality do you want to listen to if you get appointed exclusively by a party and not by the voters? Is not it better that mayors do the mayors and senators are elected by the people? The abolition of the Senate would follow the same path as that of the provinces, who have returned post-mortem as Metropolitan Areas and whose representatives are selected and appointed by their parties. Without stipend, apparently. But do you really want to forget reimbursements of expenses and attendance fees? The manger is always full for certain things.

The Italian constitution was written after the war by people like Benedetto Croce, Sandro Pertini, Ignazio Silone and still others who were giants compared to the miserable dwarfs who have tried to change it, today, in compliance with the orders of Brussels and a handful of rapacious bankers. Brussels disappointment at the result is really the litmus test: the choice made was the right one.

Bon voyage, Mr. Renzi. It wasn't a pleasure having you with us, Mr. Bean de 'noantri (an italian sarcastic slang for "of ourselves" here). Close the door behind you and don't come back. Just get out of the way and remember that fried fish doen't buy democracy. Maybe try to teach it to your cronies and abettors, when they say the opposite during some party meetings.

May please or not, the 5 Star Movement was the real star of the campaign for the NAY. His top men have toured Italy far and wide, doing what politicians should do always: they talk with the Italians and Italians listen to them. Renzi's lies about economic recovery, his absurd shoots on the decrease of the unemployed and the prestige of Italy, all the lies of one who his classmates called "the bomb" as so much he was loudmouth, all this has been for nothing. This time Italy showed some quality. Dead a pope made another, says a proverb, and of course there are already some names for the upcoming illegal technical government that will replace the last illegal just proven wrong. There will not be right away some general elections with witch we could clean up our Parliament a little bit more, but we have made a step forward: it was time.

Italy is not a country for children, it would seem. The poor Fortunata, just six years, died in Caivano near Naples, because she was thrown from a window of the eighth floor of the building in which she lived. Police established that she was thrown still alive, as you might do with an old shoe you want to throw away. Six years of life off the time that lasted the fall. Her mother's lover was sexually abusing the girl and she resisted. She was tired of the harassment, of those dastardly outrages: she has rebelled even though she was only six years old and she paid with her life. The mother knew, but never intervened. In the same building, in 2013, a 3 year old child was killed in the same way. News in the news, it is clear now that there are areas of this our poor but still beloved Italy, where incest is widespread and well rooted, even elevated to normality, as we are informed by Maurizio Blondet. That is, there are areas where orcs have the features of the family and preys those of children. Adults hinders investigations for shame and dishonor (comfortably always and only in retrospect), for a sense of belonging to some clan, to avoid the shame of prison.

Once Saronno was a town known for a high quality liquor with a slightly bitter taste and some quality industries. Suddenly it is now famous for an other reason: another story of orcs, or perhaps worse, demons embodied. Official profession of a pair of lovers: her nurse in the local hospital, him deputy chief of anesthesiology at the same hospital. Unofficial lifestyle: serial killer. Both arrested on charges of killing at least 4 patients with an overdose of drugs, but also the father of her and the father of him. However, the police believe that the dead are actually .... more than 30, the numbers are lost. All people entrusted to the hospital for health treatments, so as to get back home safe to their families. Instead they were all killed following an absurd but no less evil megalomania. To please him, she was willing to kill her children, a boy and a girl. The child, 11 years old, already received massive doses of sedatives so that he complained about not being able to almost get out of bed in the morning. Investigations, secret, lasted almost two years and bugs have been put in the home, in the car and where the couple of murderes worked. There are chilling recordings of dialogues worthy of a horror movie or a hard-boiled novel, to put it as the Americans, where the two monsters discuss about killing and how to get away. The death list was enriched with desired: the mother of her, one of the in-laws of him, someone else who appeared unpleasant and that he would be dead by "a nice infarct" if he was happened in their hands. Even the little son was prey to this frenzy of death, initially involved by adults: audio recordings of a dialogue with his mother in the car, bring the discussion on the best way to kill the maternal grandmother and get rid of the body.

As in the case of the little Fortunata,  adults have contributed with a wall of silence: the colleagues of these two monsters had sensed something, but they have remained silent or even falsified documents for personal gain (read: career advancement) or fear. But when ever fear and career are valid excuses in these cases? The hospital management has always been silent and has even covered up an internal investigation. Now  management has been removed but it does not appear be been fired on the spot, in anticipation of a much more severe punishment. When you suspect a thing and you stay silent, when you turn away and you pretend not to see, then you are abetter and even your hands are stained with the blood of the victims. If those two are the material killers, others are at lest the moral ones and helpers and it is therefore right that they pay for their share. At the end, truth has emerged because a nurse talked with the police kicking off the investigation. Nothing strange that she should leave the job.

Tout se tient, teaches De Saussure. Everything is connected. The negative example set by rulers, inept at best or outright criminals when worse, is the convenient justification for an equally negative behavior by citizens. Italy experienced a situation like this and sinks every day in misery and decay: we can only hope that the next (few) years are really the ones where we lay the foundation for a better and different future because otherwise the finish line will be only the dissolution of our nation, dead by suicide before, by foreign partition after.