Syria: an interview with Thierry Meyssan

The proxy war against Syria has lasted for so long that it's easy to forget the beginning and its principals. What bonds link together the actors of this tragedy still without an end? We put some questions to Thierry Meyssan, the founder of Voltaire Network and well known expert of the Middle East. In particular, we asked about Turkey's role and the responsibilities of her President, Recep Erdogan, in the bloodbath against Damascus. 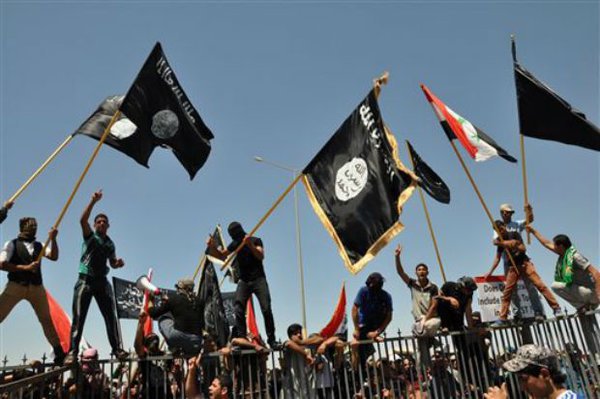 Q) Mr. Meyssan, might you remind our readers how the Syrian crisis started and especially why?

A) There are two totally different stories explaining the events in Syria. According to the NATO members, a demonstration in Deraa, in 2011, was hardly repressed and the "Arab Spring" spirit was diffused in the country. But another version take account of the context. According to this second version, the Congress vote the war against Syria in 2003 (Syria Accountability Act), Colin Powell try to impose the "US democratization" in 2004 (Tunis summit of the Arab League), the US and Israel killed former Lebanese Prime Minister Rafic Hariri in 2005 and accused President Lahoud and El-Assad to have organized the crime (UN Mehlis Commission, Special Tribunal for Lebanon), Israel attacked Hezbollah in 2006 hoping be able to continue in Syria, CIA organized a common party for the right wing Syrian opposition and the Muslim Brotherhood in 2007 (The salvation Front), etc. At the end, they organized the Deraa demonstration in the same way that the Maidan one in Ukraine. Talking of this Deraa demonstration, Al-Jazeera testify that young boys were tortured by the police. But never this fact was established. Absolutely never.

Q) The petro-monarchies of the Gulf and the same Jordan are heavily involved in the Syrian tragedy but Turkey is the main actor. What was promised to President Erdogan to persuade him to take on this tragic adventure?

A) President Erdogan was, during a decade, a moderate ruler. In fact, his country was governed by the US ambassador. But in 2011, a secret treaty was signed with France. According to this document, Turkey engaged in the war against Libya and also in the next war against Syria. France pledge to help Turkey to solve its "Kurdish question" by creating a new State for them out of the Turkish territory. Note that this idea of creating a so-called Kurdistan in Iraq and Syria and of expelling the Kurds from Turkey in this new State was adopted later by the US. According a map published in September 2013 by the New York Times, two States must be created in Iraq and Syria : Kurdistan and Sunnistan. The Sunnistan was later created by Daesh. The idea of expelling the Kurds is a crime against humanity. But according to President Erdogan, the reals Turks must not be Kurds or Christians.

Q) It looks like that the Turkish President really expects the observance of agreements from his Western counterpart. But then who is Erdogan? A shrewd politician, a gaffer expendable at any time or a second-rate poker player sitting at a table of cheaters?

A) At the beginning, Erdogan was a gangster in Istanbul streets. Later he entered in Milli Gorus, a small extremist group who wanted to restore the Turkish Caliphate. In 1999, he was arrested and jailed for having call a coup, like Hitler in 1923. Later, he said he quit the Milli Gorus and became a democrat. He founded the AKP and, with the help of the US was elected Prime Minister. After the beginning of the Arab Spring -I mean the beginning of the CIA operation to destroy the secular Arab governments and put at power the Muslim Brotherhood- he decide to govern by himself. He is now an old fashion dictator: he had built a gigantic palace, he closed the medias of the opposition, his party destroyed the buildings of the opposition parties and he restarted the civil war against the Kurds. According to him, he neutralized 5000 Kurds during the last months.

Q) Is the war in Syria also a "family business" for the Erdogans?

A) Since the beginning of the war in Syria, the Turkish secret services (MIT) organized the looting of the north of Syria. They stole all the machines tools in Aleppo, the industrial capital of the country. But with Daesh, the Erdogan Family became the main profiteer of this system. I wrote, just after the proclamation of the Caliphate, that Bilal Erdogan, son of the Turkish leader, was the head of the international oil traffic for Daesh. The facts were established long time later by the Russian secret services and presented to the UN Security Council.

Q) To what extent Turkey is prepared to go in its confrontation with Russia?

A) Turkey had a large and good army. In fact it is the second army by number in NATO. But the Turkish militaries are not opposed to Russia and they are not supporting the Milli Gorus ideas of President Erdogan.

Q) What is the future of Erdogan in the case of a, especially glaring, defeat?

A) Right now, there is an agreement between Moscow and Washington to save the Turkish people from this dictator who rig the elections. But it is difficult to do without opening new regional war. That is why now, the US and Russia are both delivering weapons to the Kurds against Erdogan. At the same time, Moscow is preparing a big file against Erdogan as a person, and against Turkey as a State. Ambassador Churkin already gave two reports of the Russian secret services to the UN Security Council. The first one deal with the relations between Turkish institutions and the jihadists. The second one is much more aggressive, dealing with the Turkish responsibility inside Al-Qaeda and Daesh.

Q) Syria has resisted almost five years to the aggression of Islamist militias. Then about six months ago the intervention of Moscow. In what condition was the Syrian army when the Russian intervention began?

A) The Syria army was exhausted. Because of the sanctions, they had no new weapons and ammunitions since 2005. But the jihadists were supported by NATO, the Gulf countries and Turkey. They received the best weapons, daily ammunitions and the most important: satellites images about the Syrian Arab Army. This war was so brutal that the Syrian army had much more losses than in front of Israel. The arrival of Russia was decided in 2012, but the Russian army arrived only at the end of 2015. During 3 years, the Russians prepared incredible new weapons. When they arrived, before it was official, they give modern weapons to the Syrians. Right now the Syrian Arab Army is again a great one and is able to face the jihadists. During the last years it was only a defensive one, trying to protect the citizens. Now it is an offensive one, trying to liberate the land.

A) This war will continue until the arrival of new jihadists will be stop. You can kill them, but reinforcements arrive every day through Turkey.

Q) What perspectives on the end of the war in your opinion?

A) I don't think that the Geneva negotiations will propose a solution. Because the "opposition delegation" in Geneva is only composed by people chosen by Foreign States with no support inside the county. They hope to be ministers like Chalabi and others became ministers in Iraq in the wallets of US forces. But the war in Syria is not a revolution, it is a war against two models of society for the Middle East. More than 80 percent of the fighters are foreigners. But they received the support of a very small part of the population, about 5 percent of the Syrians. When the US created the jihadists movement, in 1978, they never think that it will became so great and that it will be supported by some Muslims. What is new, is that the jihadist leaders -financed by Saudi Arabia- had, each of them, 3 women and more than 15 children. Now they are supported by the people who are against the control of fecundity and the modern way of life. It is very strange to see this fight in Syria, a country who give the right of vote and the total equality for women at the same time than Russians, 25 years before the West Europeans.