Russia intends to ensure its military presence in the Middle East. Russia has already achieved adequate agreements with Syria to establish its permanent bases in Hmeymim and Tartus. It has been reported recently that Russia was conducting negotiations with Egypt to rent a naval base on the Mediterranean coast of this country in Sidi Barrani. 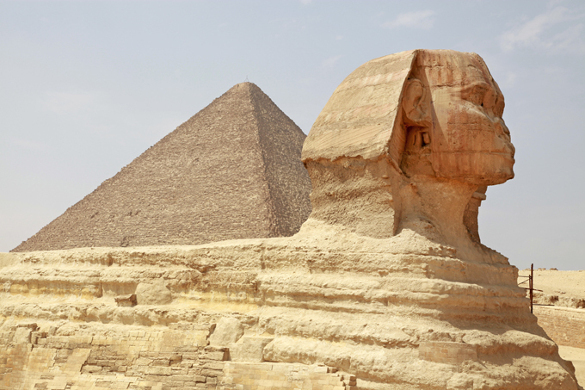 Egypt has not confirmed the information on an official level. However, it is obvious that Russia and Egypt take efforts to strengthen cooperation in the military field.

A few weeks ago, Russian Defense Minister Sergei Shoigu said that Russia saw Egypt as a country that plays a key role in maintaining stability in the Middle East and North Africa. He added that Moscow intended to support Cairo in this capacity. Against the backdrop of the crises in Syria, Libya and Yemen, the importance of Russia's cooperation with Egypt - the country that has the strongest army in the Arab world - is hard to underestimate.

Interestingly, Egypt became the final recipient of two Mistral helicopter carriers that France had originally built for Russia. Now Russia intends to sign an agreement with Egypt for the delivery of helicopters that were designed specifically for Mistral vessels. As a result, Egypt will become the only country in the region that will have this type of naval hardware.

In addition, Russia plans to hold first-ever joint military drills of amphibious troops in Egypt, when  paratroopers of the two armies will train their skills in African desert.

If Russia and Egypt agree on the creation of naval bases that Russia could use in the Mediterranean region, it would be a logic step to make.

Several decades ago, the Soviet Union helped Egypt create its modern powerful army. This experience can and should be employed today, at the time when Egypt and other countries in the region faced new formidable challenges from international terrorism and intense international affairs.

Currently, the Arab world actively discusses the idea of creating inter-Arab forces. The implementation of this idea is impossible without the participation of the largest Arab country - Egypt. If Moscow builds a strategic partnership with Cairo, including in the military sphere, it will give Russia an opportunity to obtain a more substantial stabilizing influence in the region.

Therefore, the quality of Russia's relations with Egypt will show influence on many things. Russia and Egypt only need to understand each other clearly and take account of each other's interests.

In this regard, one needs to pay attention to such factors as the national pride of the Egyptians and their commitment to principles of sovereignty, integrity of the national territory and autonomy in making decisions. We can refer to the recent dispute around two uninhabited islands in the Red Sea, which Saudi Arabia handed over under the control of Egypt several decades ago.

This year, during the visit of Saudi King Salman to Egypt, it was decided to return the islands for the construction of the bridge between the Arabian Peninsula and the Sinai Peninsula. In other words, the bridge is supposed to connect Saudi Arabia and Egypt. Economic benefits of this project are obvious, as it promises billions of dollars in investments in the Egyptian economy, the creation of many new jobs, the development of infrastructure, etc.

However, despite all the positive aspects, the Egyptian society was outraged with such a proposal from Saudi Arabia. Many young Egyptians, who were not very well aware of the history of the question, saw the delivery of the islands as a move to sell parts of the Egyptian national territory. People took to the streets to stop the deal. It is worth mentioning here again that it goes about uninhabited islands that bring no practical use to Egypt.

This situation illustrates at least two factors that Russia should always take into account in building its relations with Egypt. First off, the Egyptians treasure their land and value their unconditional sovereignty and territorial integrity. This is very important to understand in the discussion of the questions about the status of Russia's would-be naval bases.

Secondly, one needs to take into account the fact that the Egyptian youth does not have good knowledge of history. The things that may seem natural to the people in the Egyptian government may seem totally outrageous and unacceptable for people in the streets of Egyptian cities.