The airport of Egypt's resort town of Hurghada on the Red Sea will provide a separate airport building for servicing flights with Russian tourists. 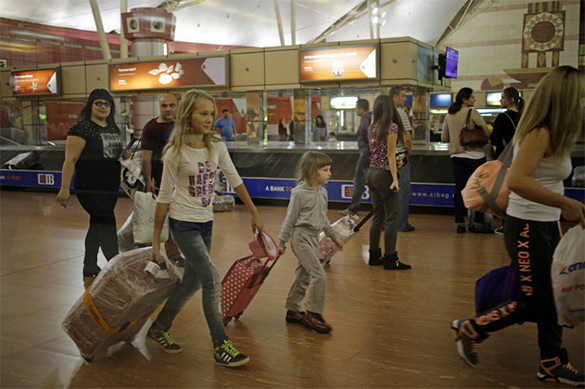 As Youm7 reports, citing a source at the airport, Russia asked to assign one of the two terminals for Russian tourists only. As a result of negotiations, the airport administration decided to use the second building, known as the "old airport," for servicing flights to Egypt from Russia.

The Hurghada authorities have received a confirmation from the Russian side and expect first regular flights to start in October and charters from Russia - in November of this year.

The negotiations between Russia and Egypt to restore air communication between the two countries have entered the home stretch. Russian experts have recently conducted thorough inspections of the airports of Sharm el-Sheikh and Hurghada. In addition, Russia's Transport Minister Maxim Sokolov paid a visit to Egypt on September 26, where the Russian minister had a meeting with Egyptian President Abdel Fattah al-Sisi. The negotiations were devoted to the resumption of air communication between Russia and Egypt.

Earlier, it was reported that Egypt was willing to consider the creation of separate terminals for Russian tourists, if the number of Russian tourists in Egypt could reach 3-4 million people a year.

As for charter flights, Russian carriers will be able to reach the level of 500 charter flights per month in a fairly short period of time. This will be equivalent to the intensity of the charter service between Russia and Turkey after the restoration of charter flights between the two countries.

Currently, the economic situation in Egypt remains critical against the background of the devaluation of the Egyptian pound and the decline in foreign exchange earnings from tourism. After Eid al-Adha, during which the hotels of Sharm el-Sheikh were booked on the level of 65 percent due to the arrival of domestic tourists and visitors from Arab countries, the number of visitors has fallen sharply to 21 percent.

The Russian authorities were forced to ground all flights from Russia to Egypt after Airbus A321 crashed over Sinai as a result of a terrorist attack, when a bomb exploded on board the jetliner.

Russia will resume flights to Egypt only when the Egyptian airports take all necessary measures to ensure flight and airport safety.