Saudi Arabia turns inside out to save its economy

Saudi Arabia wants to be the world gas station no longer. Can the kingdom build a new economy? Will the Russian business be able to enter the Saudi market? Pravda.Ru talked about it in an interview with orientalist and expert on doing business in the Gulf countries, author of "Saudi Arabia. The XXI Century in the Homeland of Islam," Konstantin Dudarev 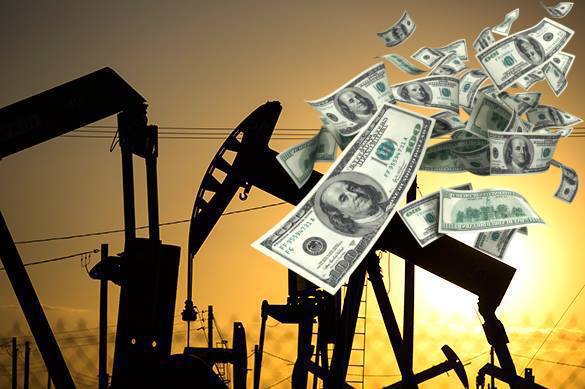 "The Gulf States have been changing in a very interesting way lately. Saudi Arabia is the largest oil-producing state, and its economy was completely focused on the oil industry. Yet, due to the falling prices on oil, the situation has deteriorated dramatically. Oil-producing countries have made decisions to diversify their economies. Saudi Arabia has approved a strategic plan for its development before 2030. What could be the results of the plan?"

"Vision 2030 project has been approved as a basis for further development. As a result of the fall in world prices of oil in 2015, Saudi Arabia has lost about $100 billion of budget money - this is a huge amount. There is every reason to believe that the losses this year will be pretty much the same.

"Saudi leadership has come to realize that building an economy based on oil revenues is  simply impossible. Many accuse Saudi Arabia of allegedly dropping world prices on oil. This is not a very convincing allegation to make simply because oil prices either rise or fall primarily under the influence of fundamental factors. Saudi Arabia as the world's largest oil exporter can influence world prices indeed. In this case, Saudi Arabia contributed to the decline of oil prices, but the decision was based on overproduction of oil in the world market.

"If Saudi Arabia had cut oil production and exports, other producers and exporters would have immediately taken the country's place. Realizing this, Saudi Arabia continued supplying the same amounts of oil as the country did before. They could not act otherwise not to lose its market share."

"But the country was suffering losses."

"Yes, very serious losses. The country also wanted to make shale oil production in the United States unprofitable as shale oil was posing serious competition to traditional oil. Therefore, one may say that Saudi Arabia has achieved its goals."

"The country had to pay a huge price for that!"

"It does look like a Pyrrhic victory. The losses were serious, and drastic measures had to be taken. At the same time, one should understand that it was like blessing in disguise. For more than one decade, Saudi leaders have been talking about the need to develop a variety of areas to change the oil-dependent factor in the nation's economy. Saudi Arabia needs to create a full-fledged economy based on the development of various industries, and the country has such an opportunity now. During the recent several decades, when oil prices were rising up to $147 per barrel, Saudi Arabia was doing very well living on super profits. The kingdom could afford the things that other countries could not.

"For example, the price of gasoline was very low. Until recently, the price of one liter of gasoline was 12 cents. It was twice as high - 24 cents - before 2006. It was King Abdullah, the predecessor of the sitting king, who, as a gesture of goodwill, reduced the price of petrol after a sharp rise in oil prices. The move was supposed to help Saudi businesses be more competitive and Saudi citizens - more prosperous.

"Recently, the price of gasoline was raised to 18 cents. Not too much, but still, it was a coercive measure. Prices on gasoline were lower than on water, and no one was watching its consumption. A new business appeared - smuggling gasoline to neighboring countries.

"Another example: the price of water in Saudi Arabia was several times lower than its cost. After all, the country is a desert and groundwater reserves are also low. Saudi Arabia is ranked first in the world in terms of water desalination. Seawater is desalted at 31 companies - no other country in the world has so many desalination plants. Now this activity has become extremely expensive for the country, because of the losses that the country is suffering due to low oil prices.

"A third striking example is the price on electricity. They are quite high, but the cost is many times higher than the tariffs, on which electricity is supplied to people."

"How can Russia and Saudi Arabia cooperate and mutually benefit?"

"First of all, Russian companies should study peculiarities of doing business in Saudi Arabia. There are plenty of such peculiarities there. In the West, they follow the principle of "Nothing personal, just business." In the Arab world, it is vice versa. Personal things are inseparable from business. The most important aspect here is a personal relationship between the owner of a Saudi companies and its potential partner. The first thing that a Saudi businessman does - he tries to understand his potential partner, to which extent they can be trusted. If there is no trust, there is no business. The Saudi market is an attractive, promising and most importantly - this is a highly profitable market. In Saudi Arabia, almost all major companies in the world work. There is every chance for Russian companies to find their place under the Saudi sun.