American party in Rio: There's no sin below the equator

This heartbreaking story made headlines in all American newspapers and television channels. When American swimmers were robbed at a gas station in Rio de Janeiro, the reports about the incident appeared as "breaking news" in most of US publications. It has been recently revealed, however, that the Americans initiated the robbery and accused the Brazilian police of violence. 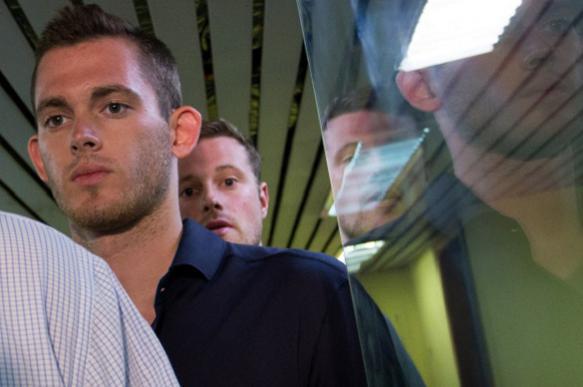 Lochte's legend about the criminal police

Olympians Ryan Lochte, James Feigen, Jack Conger and Gunnar Bentz reported to the police, that "police officers" stopped their cab at a gas station in Rio on August 14. According to Lochte, one of the men put a gun to his head, took the money ($ 700) and personal belongings. However, the police, having studied surveillance camera videos, concluded that it was the Americans themselves, who broke the door to the bathroom and came into conflict with gas station personnel. Being in a state of alcoholic intoxication, the US athletes damaged equipment inside the station. After the gas station employees demanded the athletes should pay for the damage that they caused, the Americans tried to escape. One of the guards, threatening with a pistol, forced the swimmers to stay and called the police.

The court prohibited the four athletes from leaving Brazil for the time of the investigation of the incident. However, Lochte, who is said to be the one who started it, had already escaped. On Friday, Bentz and Conger got permission to leave Brazil. Feigen left the country too, having paid $10,000 in donations to "institutions". In accordance with the law of Brazil, one can make donations (charity) to avoid criminal prosecution for minor offenses. Yet, the case is far from being closed. False alarm and the destruction of property is pending - both offenses are punishable with up to six months in prison or a fine.

The Americans had a party in Rio

Brian Winter, an expert at the Research Center of the Americas in Washington, DC (Council of the Americas) told BBC Brasil that the story would be forgotten in a few days, but it was important to reveal all the facts.

It would be sad if Brazil forgets the story indeed. The story has affected the image of Brazil as a democracy with strong legal and security agencies. A variety of Western publications have been doing their best to stain this image throughout the Rio Olympics. The story started a lot earlier, when the case for the impeachment of President Dilma Rousseff was opened six months ago. One must admit that Washington has a habit of overthrowing objectionable governments during Olympic periods - suffice it to recall Georgia's aggression or the Ukrainian Maidan.

"There is no sin below the equator"

The goal of such campaigns is to dramatically reduce the self-esteem of the people and their faith in their own values. Green water in pools, Zika virus, street crime, dirty cities, bad builders, "police impotence" and so on - anything comes in handy. In fairness, it should be said that the Americans accommodated Olympic athletes in Lake Placid prison in 1980 (the reconstruction of sports facilities, as well as the construction of the Olympic Village had not been completed in time). The Americans pollute their cities (Detroit, Chicago) and experience ecological disasters on a regular basis (the catastrophe in the Gulf of Mexico). What right do the "exceptional" Americans have to educate other nations on violence? Have they forgotten the Boston marathon bombings, or Black Lives Matter, or mass school shootings, or the Orlando gay bar massacre, etc, etc?

In the XVII century, Caspar Barlaeus, a Dutch national, said when describing excesses of colonial policy: there is no sin below the equator. According to Barlaeus, any act of dishonesty committed there does not stain gentleman's name, especially if there is a need to topple the leftist regime that integrated itself into the economic bloc with Russia and China (BRICS) and established regional blocs (MERCOSUR, SELAC) on the basis of independent Latin American states. This country has huge reserves of shelf oil, and the new government of CIA informer Michel Temer intends to bring it all to the US of A.

Will the Brazilians answer? Will they prove that they live in a legal state, where one should not insult the police? If the story had happened in the USA, the athletes would most likely have been jailed. Yet, it all happened in Rio, so they are certain that they can get away with it, because "there is no sin below the equator."

We would like to note here that the Brazilians have the complex of the American backyard (sindrome vira-lata): the gringos are a model of democracy, and in Brazil everything is bad, the Brazilian police is bad and corrupt, but all American sheriffs are honest and respectable people.

Perhaps, some prefer sadomasochism. They do not mind others calling their country a land of the monkeys and the whole region - a latrine (América Latrina).

As for the behavior of the American swimmers, this is an example of how "respectable" Americans behave. And these "exceptional" individuals are convinced that their arrogance and impudent  behavior contributes to the image of the police state, where they come from. We doubt so.