It's been just over five years since the beginning of the "Arab springs" and all countries that have experienced them have undergone upheavals that have dramatically changed their faces. 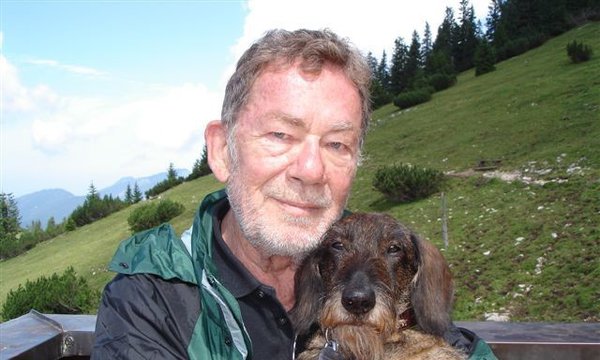 Tunisia was the luckiest because the regime change, cleverly orchestrated by Western powers, has brought with it a minimum of bloodshed while Egypt has remedied recently the desrepair of the Muslim Brotherhood with a sort of military restoration by the general al-Sisi, but whose future is still uncertain.

Conversely, Libya has been completely destroyed and its leader, Gaddafi, killed brutally. Syria is still at war against murderous militias injected from the outside, saved only by the determination of her best people and the intervention of external allies.

We tried to take stock of the situation, asking some questions to Fulvio Grimaldi, Italian journalist and war correspondent who spent a long time in the Middle East. In particular, the latest question concerns our Italy who attended and participated in all the recent American colonial wars. In fact, as Dante wrote centuries ago "Servile Italy, grief's hostelry ship without a helmsman..." one wonders what fate is reserved to our country.

Q) Mr. Grimaldi, I would start the interview with this question: how was Libya before the Western intervention?

A) To see her, to attend her, she was a calm country, peaceful, gentle, with a harmonious coexistence among all her components (tribes and social sectors), with the exception of a small lump of diehard Islamists, always "cured" by Western intelligence services in the far east of the country. Particularly striking the friendly and fair attitude towards immigrants from African countries, 2.5 million people who enjoyed the same rights as Libyan citizens. In terms of data, just those of the UN Human Development Index which put Libya in first place on the continent for the distribution of wealth, social services, women's empowerment, health, education, work, houses. She was the first example of direct democracy. Intolerable for imperialism.

Q) The NATO-democracy has arrived in Libya with bombs. But what has now become the former Jamahiriya, to five years away from the war?

A) It is under the eyes of all the "creative chaos" that the West-murder, NATO, US, drop off in the places where they cannot exercise direct colonial and absolute rule. Reviving tribal rivalries under the rule of dividi et impera, by injecting in the country the mercenary jihadist grown in Turkey and in the Gulf, they have disrupted national unity that Gaddafi and the Libyan leadership had managed to forge on the social and economic debris of colonialism. Not only that, the formidable will and capacity builder of the Libyan leader had also laid the foundation for an anti-colonialist African unity, founded on a common currency, common telecommunications, economic cooperation on a large scale. And maybe this was, for the West, his major fault.

Q) What about the Libyan people?

A) It's a great tragedy on the level of the national cohesion and the social situation, the fragmentation wrought by Islamists, usurpers of power in Tripoli and by the jihadists Isis-imported. Personally, though, I am convinced that at the heart of the Libyan people, not manipulated and involved in fratricidal clashes, remains, along with the regret of Jamahiriya, the awareness of being a nation.

Q) There is talk of a national unity government and boots (Western) on the ground, but still not there. In your opinion, how much peace is far away in Libya?

A) Very far, I'm afraid. The West's vultures, once justified their direct intervention with the alibi of jihadism, will resume control of all oil installations and not easily give them up. They will try to leave the rest of the country, impoverished and deprived of his resources in the hands of marauders and the Muslim Brotherhood, has always been a complement to the forces of colonialism.

Q) Changing country but not scenario, Syria has suffered the same NATO-democratic attentions of Libya, for the time with different results. On what grounds?

A) Syria has always boasted a strong social cohesion, which embraced in a single national and Arab project all her ethnic, religious and tribal components. This has enabled her to adopt a strong and motivated army. In addition, the prevention for No Fly Zone due to the veto of Russia and China avoided the libyanization of Syria with bombs. The great strength of the people, militias and armed forces, now in the 6th year of war, has also had a decisive support by the Russian intervention, the first and only one who has supported the Assad's troops against Daish and al-Nusra Front mercenaries.

Q) The Russian intervention has disrupted the situation on the ground even leading to the liberation of Palmyra. Russia has demonstrated a superior civilization than Western countries?

A) I do not know if you can talk of "civilization". Surely, if civilization is, it's also consistent with international law and the defense of sovereignty and self-determination of peoples and Russia has proved herself highly civilized in the face of real barbarians who have no scruples to use subhuman headhunters and rapists to achieve their ends.

Q) It seems that the Russians are coming back. In your opinion, what would be the most likely future of Syria?

A) Hard to say without the classic crystal ball. If the Russians engage seriously and thoroughly alongside the Syrian Arab Army and Hezbollah, there is no chance for the destroyers of Syria. But now the attackers are playing another card. Out of the task of the jihadists, the division maneuver of Syria is now entrusted to another fifth column, the Kurds. Supported by fake Syrian patriots, aviation and special forces, Kurds are expanding their domain at historically Arab lands and announce an offensive on Raqqa when loyalist forces are preparing to conquer the capital of Daish. It's evident the purpose of promoting the fracturing of the Syrian unitary Country.

Q) Let's talk about Egypt. There are forces trying to destabilize that country on several fronts, resorting to political assassinations or vile airline attacks. Cui bono?

A) Egypt and Algeria are the last Arab Countries not crushed by imperialism with the use of the jihadists of the Muslim Brotherhood and their sponsors. In addition, they are Countries demographically strong and with great energy riches in important geostrategic positions. They cannot be tolerated by the imperialism and Israel. The attack on Egypt, which was freed from the tyranny of the Muslim Brotherhood not with a military coup but with a popular uprising of 33 million of Egyptians, then allowing the access to power to a general willing of relationships also with Russia and European countries, it began. It's taking place with the obscene operation Regeni, an Anglo-American intelligence operative (Oxford Analytica) by these sacrificed, with the shooting down of Russian and Egyptian planes, with the large-scale terrorism of the Muslim Brotherhood. For the cui bono you must look to the US, the UK, the EU, Israel.

Q) Who is general al-Sisi? May he really be the answer to current problems of Egypt?

A) General Abdel Fatah al-Sisi presented himself as the heir of Gamal Abdel Nasser, the liberator of Egypt and the promoter of the pan-Arab liberation. If he is, you will see. Meanwhile he responded to a popular appeal to win the elections and largely freed the country from the fundamentalist grip of the Muslim Brotherhood fifth column. He's working to provide a national and Arab solution to the Libyan crisis, against the colonialist interference of NATO, he moves independently on the geopolitical chessboard, cultivating relationships with anyone. Just to get it out, they will try to destroy Egypt, starting from the fierce defamation campaigns, then sanctions and interventions. Later would touch to Algeria.

Q) One last question for you. Don't you believe that History will present the bill, sooner or later, even to this Italy who acts in foreign policy with a so great fickleness?

A) I hope so. But who could submit them for us? And we are sleeping. History is made by men, and here we are surrounded and represented by homunculi.