The times in which we live often present us religion as a trinket of the past, almost a useless girth that many people holding because they have nor the culture, the intellect, or simply the courage, to live without it. We live Star-Trek times in which religion is shown to be source of suffering, rather than salvation: think about the Islamic violence. 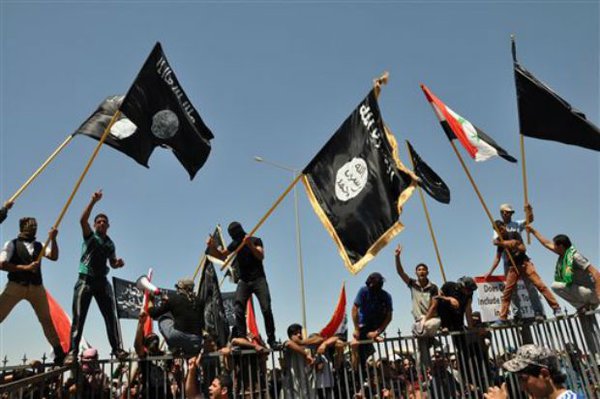 It was born in a very small part of Islam, but thanks to a clever design, today it is easy to believe that all Muslims are dangerous terrorists: people forget, however, that the first to fall at the hands of some Islamic terrorists are those Muslims accused to be to not enough "orthodox". Even the Christian religion, Orthodox and Catholic, suffered numbers of powerful attacks seeing lower its ministers only to the low rank of schemers, greedy of sex and money, rather than mediators between heaven and earth.

According with a recent statistical analysis published in the journal Current Biology, atheists children are more altruistic than those believers: this is a strange thing, because I was convinced that children believe in everything and nothing, in their innocence. Only adults usually make final choices. A statement like that reported by Current Biology has given me the opportunity to ask some questions, hoping for some clarifying answers. Today answer us Professor Diego Fusaro, one of the most famous Italian philosophers.

Q) My first question, Professor Fusaro, is this: how do you think can be born the idea of analyzing a feature of the human soul as altruism in a "atheistic Vs. believers" relationship?

A) The dichotomy atheists-believers today serves only to fragment consciousness, to look away from the real contradiction, which is the high-low, servant-master (Hegel); just like other false dichotomies, such immigrant-native, right-claims. These dichotomies create struggles among the poor and prevent the re-verticalizing of the conflict, namely the fight from the bottom to the up: and the up is given by finance capital, by the powers of the oligarchic elites of the new classist world order that since 1989 is celebrating its undisputed splendor. Altruism is the enemy of this system, which is based instead on the rapacious and predatory selfishness of the  homo oeconomiscus [the economist man]. And altruism is neither atheist nor believer, and is together both things: communitarianism altruistic can be based either on a non-religious (think of the Greeks, or even to Spinoza), both on religious grounds (God as an image of the communitas [community] of believers united in love for God).

Q) As Marxist philosopher, you quote Heidegger, speaking of "devinisation", and Nietzsche for which the "death of God" takes place in the Market. Yet for Marx, Religion is the opium of the people and the Soviet Union was in fact atheist by law. How to reconcile a defense of Religion with the Marxist critique of capitalism?

A) I do not call myself a Marxist, but an independent student of Marx and Gramsci. Religion - teaches Marx himself - is still a protest against the injustices of the earthly world. Religion is the sense of community and reminds us that God is in heaven and not in the wallets or in the cash flows of finance. In short, today religion is a phenomenon of heroic resistance to financial capital: which, after destroying communism, now aims to destroy the religion, because also the religion constitutes a limit to its logic. The denial of religion is the capital, not the communism: as had said Pasolini himself. The capital is atheistic and materialistic, dissolves every value and every symbolic heritage. It all works out in commodity and exchange.

Q) I think a confrontation without quarter is developing more and more: between the religion less than pagan of the golden calf on the one hand and what instead puts at the center the whole human being on the other, be it Judaism, Christianity, Islam. What do you think?

A) Very true. Religion is a symbolic resource, is a field of alternative way to the nonsense of the global techno-capitalism. So we look today that someone try to remove legitimacy, devaluing Christianity to superstition and Islam to terrorism. The capital senses them as an obstacle and seeks to destroy them. Who today is against religion - know it - is, therefore, on the same side of the capital, which is struggling against them.

Q) Coming to a tangible example, at the beginning of the economic crisis in Greece, the Greek Orthodox Church has suffered powerful media attacks, by the entire Western press that has sided against it, compact in its hostility. Why in your opinion?

A) For the same reason Christianity and Islam suffer them: because they claim a meaning and resistant values to those of capitalism, who then declared war on them. Think to the shameful identifying priests with child abuse: the fact that there are pedophile priests implies that some should be removed and punished, but nothing authorize to make the equation priests=pedophiles. Trying in every way to delegitimize the religion, so that only remains the monotheism of the market and the neoliberal theology.

Q) So the market is afraid of Religion and the limitations that imposes a sincere faith? I have not chosen lower and upper case at random ...

A) Sure. The market is now in effect a religion, in my book "Minimum mercatalia. Philosophy and capitalism" I called it monotheism idolatrous of market. "The market asked us" is not by chance the formula preferred by the miracle workers of capitalist globalization. The defenders of secularism and fighting against God today are the main promoters of the capitalist modernization: they railed against the Christian God and against the Islamic and say nothing against the monotheism of the market. This explains the enigma.

Q) Communism was an enemy clearly defined, easy to identify and then to fight. Capitalism, with its seductions, is more like the biblical serpent.  That's why is so difficult to oppose it?

A) Communism was not an enemy, or rather it was for capitalism, just like now religions are. Communism, despite its contradictions, has been a real brake to the  spreading of capitalism: it has been a cathecontic power, restraining, to use the lexicon of political theology. In fact, after 1989, freedom has not triumphed and indeed the capital recovered everything, all those social rights that had been won thanks to communism. It is good to know, otherwise you continues to make the game of capital. The end of communism was a geopolitical tragedy, not a conquest: after 1989 wars have exploded once again and poverty worldwide has increased exponentially. Capital is the totalitarianism perfectly realized: what totalitarianism would be able to put in the pockets of all his subjects a cell phone? Or to ensure that all his subjects recorded by themselves (Facebook, Twitter, etc.)? It is a totally administered society, as Adorno said, that colonizes the consciences before the bodies. It makes us like the convict who loves his jail because he can not imagine a world outside.

Q) Talk about the future is hard. The greatest modern philosopher, Hegel, said that philosophy can only deal with the present or the past, never the future. However, the outlook is this: either you create a front of opposition against economic fanaticism, or financial capital will take everything, including our lives. We need to react, resist, organize. And Religions help us to resist.

Professor Diego Fusaro is an Italian philosopher, graduated in Philosophy and History, having written his doctoral thesis on Karl Marx