Pravda.Ru invited political scientist Andrei Epifantsev to talk about the prospects for the settlement of the conflict in Nagorno-Karabakh, tensions in Armenian-Azerbaijani relations and the history of Armenian-Turkish relations. 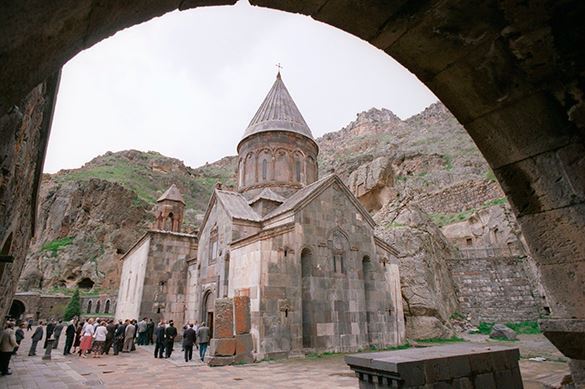 "Was there the genocide of the Armenians by the Turks or not?"

"Undoubtedly, there was a massacre in Turkey in 1915 that should never repeat again. My personal belief is that the official Armenian position, according to which it was a genocide caused by infinite hatred of the Turks against the Armenians, is not true for a number of reasons.

"Firstly, it is clear that the Armenians were largely the cause of what had happened. The rebellion that they had arranged started long before 1915. Those events started at the end of the 19th century, and they affected Russia too. Secondly, it is important to know what is usually hushed up. The Armenians were acting just like the Turks. They would go on ethnic cleaning, massacres and so on."

"The Turks have a museum of genocide dedicated to the territory that Armenian units "liberated" with the help of British gold and Russian weapons. Their commanders reported that there was not even one single Turk left there. It was the British, who pushed the Armenians to those acts. By the way, a Turkish court in Istanbul condemned organizers of mass crimes against the Armenians, albeit in absentia. Nevertheless, there was a mass crime committed and it's a fact."

"Of course, and the Turks do not deny that - they bring condolences. However, they do not call those events a genocide. From the point of view of international law, there is a Convention on the Prevention of Genocide, which Armenia and Russia signed, among other countries. The document says that it is only the court in The Hague that is entitled to recognize a crime as an act of genocide.

"Neither Armenia nor the Armenian diaspora abroad has never appealed to this court. Why? Because they understand that they are unable to prove this genocide in legal and historical terms. Moreover, all international courts - the European Court for Human Rights, the French Court of Justice and so on - dismissed appeals from the Armenian diaspora to hold genocide hearings in those courts. There have been three of such trials since October of 2015, and the Armenian side has lost all of them.

"In the first half of the 20th century, it was obvious that both the Turkish and the Armenian sides had resorted to ethnic cleansing. In 1918 and in 1920, when the Soviet power was not strong yet, there were both Armenian and Azerbaijani massacres. Afterwards, when the "Soviet factor" disappeared, the Nagorno-Karabakh problem appeared. Today, this territory has been cleansed to the maximum. There are practically no Armenians left in Azerbaijan, and there are no Azerbaijanis left in Karabakh and Armenia."

"In Istanbul, there is a large Armenian community and Armenian churches, and this serves as an argument against genocide."

"The positions of the Turks and the Azerbaijanis are fundamentally different on the ethnic and everyday life level. There is currently no real territorial conflict between Armenia and Turkey, but there is one with Azerbaijan. Some events took place 100 years ago, but some others still continue today. The Turks did not have a goal to destroy the Armenians physically - they wanted to force them to loyalty by extremely brutal methods.

"Therefore, there are many Armenians in Turkey, whom the Turks wanted to turkanize, so to speak, but the Armenians remained Armenians inside. After WWII, Turkey started restoring Armenian churches.

"Nowadays, many Armenians go to work to Turkey. There were Armenian ministers in the Turkish government - this is impossible in Azerbaijan. The current conflict is all about land. Azerbaijan promises a high degree of autonomy, but within Azerbaijan. In a nutshell, Azerbaijan wants the Armenians become a part of Azerbaijan. The Armenians can never accept such an offer. It means massacre, violations of rights and so on.

"The history of this conflict is not over, it continues. For some countries, it is highly important to obtain the domination of its people on this particular land. As soon as they dominate, they can develop the project further by attracting other people, although on the basis of subordination. This is the stage that Armenia and Azerbaijan are going through now."

Can Nagorno-Karabakh conflict be solved?

"Azerbaijan says: Armenians are our brethren, they must return, there are all necessary guarantees for that - they will be in charge of everything, except for external defense and international affairs. What is the official position of Armenia?"

"All national projects have their moment of truth. For the Nagorno-Karabakh issue, this moment has not come for any of the parties. The elites of both Armenia and Azerbaijan have convinced their nations that a victory is possible only if they firmly stick to maximalist positions. "We are everything, our enemy is nothing. The people, in fact, have become hostages to this situation."