Research carried out by a team of international experts has revealed nine pieces of evidence that Turkey has collaborated with Islamic State since 2014. This latest revelation, when added to the Armenian Genocide, the attempted genocide against the Kurds and the Alevi, when added to the repression, torture and atrocities carried out by Turkey even against its own people, underlines the notion that the State of Turkey is a pariah. 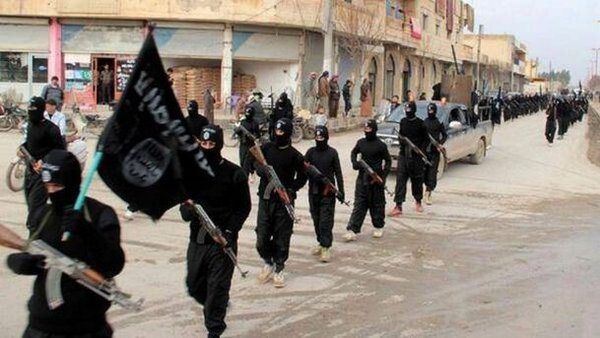 Recent research carried out by a team of experts from Columbia University, including researchers from the United States of America, Turkey and the European Union, led by David L. Phillips, Director of the Program of Peace-Building and Rights, Columbia University Institute for the Study of Human Rights, has raised allegations that Turkey has been collaborating with Islamic State. These are not empty allegations and before anyone raises accusations that the statements were unfounded chatter picked up from the Internet and clippings, I have not just copied and pasted this material from an Armenian website or the Huffington Post, I took the trouble to contact the authors to verify the authenticity of the material. The response was "confirmed".

While Turkish President Erdogan denies these allegations and speaks about a smear campaign in the media, let us see the allegations for ourselves, set out in the research paper "ISIS-Turkey links".

The first allegation is that Turkey has supplied military equipment to Islamic State, the object of the allegation being documents from the Adana Office of the Prosecutor which show that Turkey has been arming terrorist groups. The allegations include evidence from truck drivers delivering such equipment In January 2014. It is further alleged that Germany and the USA are aware of the fact that Turkey has aided terrorists militarily and financially.

The second allegation is that logistical assistance was provided by Turkey to Islamic State fighters, and that Turkey is a known transit point for terrorists entering Iraq and Syria; it has also been claimed that Turkey has provided satellite images to ISIS.

The third allegation is that Turkey has trained Islamic State fighters or has allowed Turkish territory to be used for gathering and training purposes. Furthermore, convoys of Islamic State terrorists have crossed freely to and from Turkey in full view of Turkish soldiers.

The fourth allegation is that medical aid has been extended by Turkey to Islamic State fighters.

The fifth allegation is that Turkey has been buying oil from Islamic State, providing the terrorist group with funds, while there are claims that illegal pipelines run from Syria through the territory into Turkey. This is not one tanker or two taking advantage of a dodgy security situation. It is chains of vehicles stretching out into the horizon, lining up to buy oil from Islamic State and provide this terrorist group with funds. Day and night, 24 hours a day, seven days a week, a constant pipeline-lifeline of money going from Turkey into Islamic State's coffers, funding the terrorist activities of this extremist group. And Turkey is in NATO and NATO does nothing. On top of this, there are reports of cultural treasures looted from Syria and Iraq crossing into Turkey.

The sixth allegation is that Islamic State fighters are being recruited in Turkey and operations are launched from Turkey to recruit Turkish-speaking Islamic State terrorists from Turkey and Germany. Recently, mortars were fired against the Syrian Arab Army (the Syrian authority) from inside Turkey. Turkey is being used as a base by terrorists and NATO does nothing. But then again, people in NATO countries were weeping and saying the Lord's Prayer for the victims in Paris - how many of them were mourning the victims (almost double in number) of the terrorist strike against the Russian passenger jet or the military personnel murdered by terrorists after Turkey shot down a Russian bomber over Syria?

The seventh allegation is that Turkish terrorists have joined Islamic State and are fighting alongside them on the front line. There are claims that Turkey has also supported the al-Qaeda linked al-Nusra Front and has sent special forces to fight with Islamic State.

The eighth allegation is that Turkey actively intervened in the Battle of Kobani, supplying Islamic State with trains full of ammunition and supplies

The ninth allegation is that Erdogan and the Turkish elite share a similar worldview with Islamic State, being Islamists. Perhaps that is why Kurdish fighters were allegedly prevented by the Turks from entering Syria to fight against Islamic State.

These are the allegations in the research which has scoured multiple sources of information online and in the printed press. Yet as we go back in history, we find far more than allegations - we find factual evidence of atrocities. Such as in the 1980s when the Leftist politicians were rounded up, tortured and killed. In 1993, in Sivas, 37 people were burned to death in a hotel because they planned to hold a demonstration. Why? They happened to be Alevi.

Then there was a 14-year-old boy who was murdered as he walked to buy bread in Gezi. Erdogan apparently called him a "terrorist"; then another who was beaten to death by the police when walking in the street; then a girl who was shot by police because she asked them politely to take off their shoes when entering the house "Would you mind please taking off your shoes as you enter?" (which is the custom); then in 2015 in Suruç, 34 college students were killed.

The Turkey of Erdogan is the Gate to Hell and the Devil himself sits on his throne in Ankara.