Putin is only chance for the West to survive

The Munich conference will take place on February 1. Russian President Vladimir Putin was invited for the conference, although in a recent interview with Bild Magazine he said that he would not take part in Munich 2016. Putin understands that the West is not choosing Russia. Does the West understand that Putin is its only chance for survival? 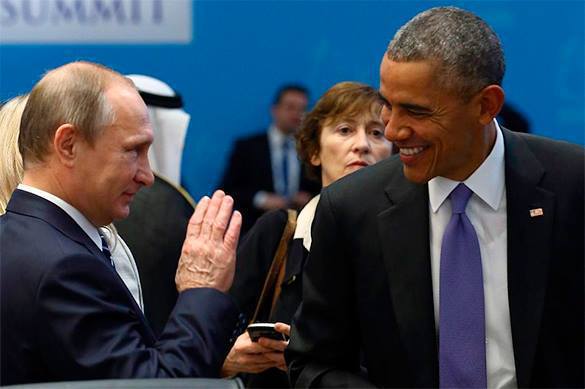 Putin does not need Munich 2016

The Munich conference was founded in 1963 as a meeting of representatives of defence Department of NATO members. Nowadays, this is an international discussion forum that gathers politicians, diplomats, military men, businessmen, scientific and public figures from more than 40 countries. It is considered that the Munich conference is a platform to address Western elites.

The last time when Russian President Vladimir Putin attended the conference was in 2007. In his famous speech Putin said that Russia was no longer going to be a vassal of the West. He said that Russia would be building a multipolar world. Putin was invited for the conference this year, but the president is not showing his willingness to participate. It appears that he has already said everything that he was supposed to say. He said a lot at his speech at the UN General Assembly in September 2015, in a recent documentary "New World Order" and in many of his interviews including the German publication. In all of his speeches and interviews, Putin conveys the following message: Russia has been walking back for too long, so she needs to become strong either today or never.

Last year, Ukrainian President Petro Poroshenko appeared at the Munich conference to deliver his message to Western elites. During his speech, he presented a few passports of Russian servicemen and urged the West to unite against Russia. In 2016, the situation is different: the West seems to understand that the phantom the Russian threat is an obstacle for improving the dialogue.

The Russian operation in Syria is not the only reason that makes Western countries realise that they need to try to negotiate with Russia. It is the people of Western countries who want their governments to cooperate with the Russian Federation in the struggle against the Islamic State. People can clearly see that Russia is the only country that has been conducting real and efficient struggle against savages and butchers who decapitate people and burn them alive in cages. One can see it in comments to articles in major Western newspapers: common people of the West support Russia's efforts in countering ISIS.

At the same time, the West sees another solution to the problem of dealing with Russia. The solution is to remove President Putin from power. This goal was set after Putin's Munich speech in 2007, when he publicly refused to be a Western puppet.

However, the supporters of this solution do not realise that it was not only Putin's choice, but the choice of the majority of Russian people that Putin expressed in his famous speech at the Munich conference. One also needs to understand that the majority of Russians endured a lot in the past and can endure more. Endurance is something that the Russians have in their genes - this is a peculiarity of the Russian soul that can never be defeated in any war.

Another Stalin to come to power after Putin?

In Russia, all the talk about the need of reviving friendship with the West has gone into the background. Such opinions are shared by very few marginals whose reputation in the country is the lowest of the lows.

Russian "liberals" and "middle-classes" are not willing to fulfill the revolutionary dream of Putin's  Western ill-wishers. Western politicians can very well see the Russia has been changing a lot during Putin's presidency. They can see that the Russian people do not want another Yeltsin, let alone Stalin, to come to power.

"Vladimir Putin has taken quite an effort to explain to people and businesses the motives of his actions that were made in relation to the Crimea. The pain limit of the West is a lot lower than that of Russia - they are not used to inconveniences and discomfort. In situations of stand-off, the winner is the one who can take the pain courageously with the support of a strong leader. The mandate of the Russian president is a lot more powerful than the one of any Western politician. For this reason, I look into the future with restrained optimism. We have time and an ability to endure while our opponents follow groundless hopes and expectations as if they think that Russia can be broken under the pressure of sanctions. This is not going to happen," Vladimir Potanin, Norilsk Nickel CEO, one of Russia's richest men, said in an interview with TASS.

Today, the West prefers to put the pressure of economic sanctions on Russia. This pressure definitely hurts the Russian economy because it is a part of global economy. The West needs to understand that President Vladimir Putin is its only chance to come to an agreement with Russia.

One may recollect what Western victorious states did to Germany after it was defeated in WWI. France, Belgium, Denmark, Poland and others were eating up Germany slowly, chunk by chunk, asking for unimaginable reparations. Soon afterwords, Germany's humiliation produced the phenomenon of Adolf Hitler who take revenge on Europe.

Nowadays, one can see the West doing something like that to Russia. Of course, one can crush Russia with the help of economic measures, disconnect the country from International payment systems, freeze the accounts of its largest companies and continue the game of oil prices. Is there a guarantee though, that all these games will not lead to the appearance of another Stalin?

We would like to remind Western policymakers that Russia's history of building democracy counts only 25 years. There are many of those who feel nostalgic about the "strong hand." Who knows, maybe the West will soon feel nostalgic about Putin's Munich speech from 2007 when it irrevocably lost the opportunity to come to an agreement with Russia.