New names in big politics 2015: Who can stand the test of time?

Capitalism has no enemies except communism. Leftist politicians in Europe pose a danger to the capitalist society. New wave policy-makers do not practice political correctness and prefer to communicate with their audiences in the language of the blogosphere - this is the secret of their success. Time eliminates random people, but genuine ideas live forever. 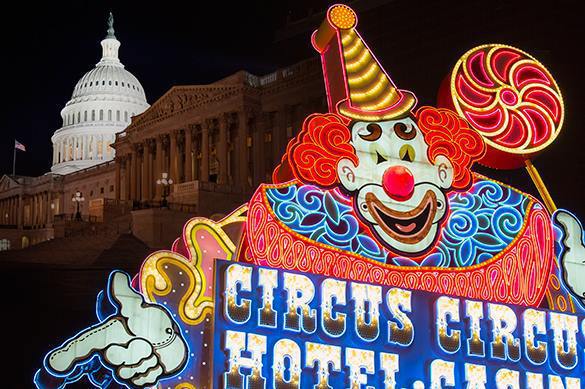 1. Donald Trump. It has been more than six months since Trump has overtaken Jeb Bush in polls of Republican voters. His approval rating (39 percent) continues growing despite the fact that all the pundits of America predict the opposite. The American culture is the Anglo-Saxon Protestant ideology based on the following principle: "I'm better than you at everything because God loves me."

Donald Trump is a typical representative of this culture. He is brash, cocky and accessible. Yet, can he defeat the corrupt electoral system in the US ruled by powerful oligarchic groups? The last person, who tried to change America (he attempted to remove the Federal Reserve System from the money printing system), was John F. Kennedy. His assassination came as a warning to every American policy-maker who may attempt to "break the rules of the system."

2. Alexis Tsipras is the first European leader, who had the heart to start an open conflict with the EU. He found support in many European countries, who were urging the EU to give Greece a chance. The chance was not given. Instead, Brussels gave Greece new loans and a softer austerity" plan. Tsipras took it as the start of the struggle for new Europe.

He secured the double victory to SYRIZA coalition at the parliamentary elections. Alexis Tsipras will continue pursuing the austerity policy. This time however, it is not only the political elite, but also the Greek society that supports his reforms. Against the background of depression and panic that has taken a grip on the European youth, SYRIZA is the only hope for a decent future. Tsipras is the first sign of major changes that Europe will experience soon.

3. Jeremy Corbin is the new leader of the opposition Labour Party. He is despised by the British establishment. Corbin's victory at internal party elections marked a revolutionary leftist achievement for the British politics. Corbin is a pacifist, a socialist and anti-monarchist. He always wears very simple-looking clothes and does not think that the Brits should sing "God Save the Queen" even in her presence.

Corbin advocates taxes for the rich, he stands against NATO and assistance to refugees. He is also opposed to the British nuclear program and does not share the unification of Northern Ireland with the Republic of Ireland. Corbin believes that the confrontation with Russia should be stopped and says that Britain can learn a lot from Marx.

4. Pablo Iglesias is the leader of "We will win" party. He made a revolution in Spain as he came third in parliamentary elections in the country. He won in "separatist" autonomous regions - Catalonia and the Basque Country. Without the votes of his party, neither populists nor socialists can create a majority coalition. Pablo Iglesias captures the minds of the middle class by telling the truth about corruption in the monarchist family and in the government. Social justice is his first priority.  Many Spanish media outlets called Jeremy Corbin the British Pablo Iglesias.

5. Maria Zakharova became the first woman in the history of the Russian Foreign Ministry, who took over as the official representative of the department. Zakharova took the Foreign Ministry to the sphere of social networks, where she often posts harsh and emotional comments.

Zakharova presumptuous Baltic leaders their place. "Senior leaders of Estonia and Latvia exercise in mudslinging Russia and call me undiplomatic for quoting them directly," she wrote.

6. Svetlana Aleksievich became known worldwide after she was awarding the Nobel Prize in  Literature. It is an open secret that the Nobel Prize is politicized. Aleksievich, of course, does not have the influence of Academician Sakharov, she can in no way be compared to Solzhenitsyn or Brodsky  either, who were genuine men of letters. She is just a well-organized journalists, who works for the harsh criticism of homo soveticus.

In an interview with Euronews, the Belarusian writer admitted that she was surprised to know that her work was so ill-reputed in Russia. In her opinion, this is due to the fact that the "militaristic" Russian society shares disdain for the Belarusians. In addition, Russia traditionally persecutes Nobel Prize winners, she said.

7. Mauricio Macri served as the Mayor of Buenos Aires before he took office as the President of Argentina. Macri put an end to 12 years of the leftist Kirchner regime. Macros a pro-American president, whose goal is to march to the tune of the United States. He will be opposed to both the leftist ALBA bloc and center-left governments in neighboring countries.

During his first speech as the head of state, Macri promised to revive the Argentine economy and take the Argentines out of poverty. As a result, the peso has lost 40 percent of its value, utility rates and public transport tariffs have been raised.

8. Mikhail Saakashvili is a new Ukrainian politician, whose image remains the same. He is a fighter against corruption, who positions himself as the most honest politician in Ukraine. Sakashvili creates an illusion of action on people's money while staging verbal fights with Kolomoisky, Yatsenyuk and Avakov.