What is happening in the "Russian city of Odessa"? What do people expect? Is it true that former President of Georgia Mikhail Saakashvili wants to become the President of Ukraine? Pravda.Ru asked these and other questions to Grigory Tarasenko, a blogger, whom many know under the moniker "Gosha from Odessa." 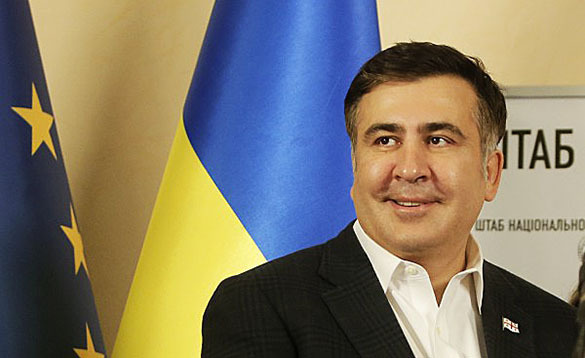 "Rumor has it that the Americans may appoint Mikhail Saakashvili as the Ukrainian President, should his mission in Odessa is a success. Is it a joke?"

"Of course, it is a joke. Saakashvili is a pawn that the Americans move for their own purposes. He will never become the president of Ukraine. By and large, he is not even the governor as there are no governors in the Odessa region at all. He is the chairman of the regional state administration. Saakashvili has been endowed with certain powers, but not on the pan-Ukrainian level. In Odessa, he is dealing with specific tasks that have been agreed in advance with the Americans.

"Saakashvili's objective No. 1 is to cleanse the so-called Odessa "elite" that was formed in the city in the past two and a half decades. This elite has been betraying everyone, with Yanukovych being the last one whom they betrayed. Now Poroshenko and his team have decided that they no longer need extra "companions."

"Saakashvili's second objective is to "saddle" the port and smuggling channels. the Kiev authorities are not interested in petty things like cars and cigarettes - they are interested in the drug trafficking, first and foremost from Afghanistan.

"Is Kolomoisky part of the Odesa elite?"

"No, Kolomoisky is a man who is above any type of the Ukrainian elite. He gave shelter to the Odessa elite. The Odessa elite is, for example, current mayor Gennady Trukhanov, whom Saakashvili is trying to "move"."

"So you say that Saakashvili's prime goal in Odessa is to deal with the local elite. What will he do next?"

"Well, he is a schizophrenic, maybe a drug addict, he eats ties, but he clearly knows his place in the Ukrainian scenario. Admittedly, local people like what Saakashvili is doing now in Odessa. He has removed a bunch of prosecutors, judges, police chiefs from the city, and the people are happy, although no one knows what the result of all that will be. Yet, people like the change."

"The Georgians also say that Saakashvili managed to do away with corruption on a  grassroots level."

"The recipe is simple. Give people good wages and show them that they can be jailed for bribery for an impressive period of time. People will make their choice instantly."

"From the narrow-minded point of view, Saakashvili is building a model of capitalism in Odessa: peace, prosperity, order and no bribes."

"In Germany, they used to be building all that too, before they sent the entire nation to war. Those who disobeyed ended up in gas chambers. Saakachvili is very much unlikely to succeed in Odessa. This is an imperial city that was built by Catherine the Great. It's in the blood of the local residents.

"One has to admit that Mikhail Saakashvili is running a competent PR campaign that was most likely prescribed to him by US-based political scientists. He travels around the country, takes part in all sorts of debates, he appears on television and so on. He is mobile, talkative, he says nice things to people, and people like this activity. When a new name appears in his team, this person becomes famous throughout Ukraine. Who was that Maria Gaidar for the Ukrainians before? They are promoting these worthless characters - they are like vegetables - and they will all return to Russia after some time. They are dangerous people, who will not hesitate to lead a crowd to bloodshed. This has happened during Maidan riots in Ukraine."