Syriza's victory in Greece to add instability to European economy 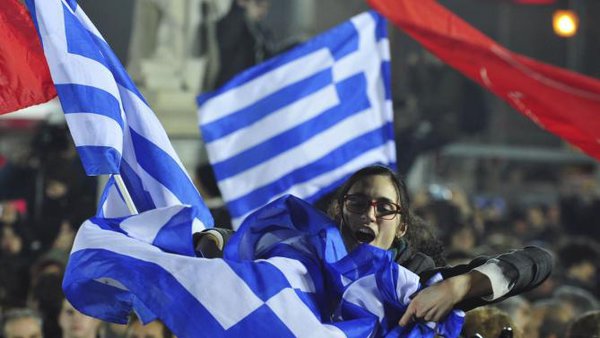 SYRIZA's victory can be attributed almost completely to the conditions created in Greece in the last five years or so, mainly by the Right-wing coalition in Greece. But, while the Right-wing coalition used 'fear' during these years, if not (trans) national terrorism,[1] upon the population, the "Left"-wing coalition of SYRIZA, created the conditions for popular 'anger' in order to mobilise the People. So, instead of using scientific arguments, namely the identification of the real causes of the crisis, it used the propaganda of Hitler: anger and illusion. This process in itself creates what I have called the dynamic of "instinctive believers" rather than of scientific one.[2] Both these approaches, namely, fear, anger and illusion, may be considered 'extreme' since they lead to irrational decision.

SYRIZA's programme, on the other hand, is being built up on the assumption that half of Greece's debt will be written off - taking as a precedent the debt of Germany in 1953[3] which was proposed earlier in 1950 by US, UK, and France.[4] But, at the time, they had to write off only the debt of Germany. Today, it is not only Greece that needs to write off its debt: Italy, Spain, Portugal and other countries are almost in same situation. And, at the time, Germany applied Keynesian policies in the context of the state not in the context of EU where Keynesian policies are impossible to be applied. By applying Keynesian policies Germany surpassed the problem of the then debt. So, even if we assume that half of it will be written off, an option which is supported, among others in the European "Left", by Zizek,[5] it is still will be above the average "standard" of conventional "wisdom": from 60% to 87.5% of GDP.

How would Greece, therefore, surpass the problem of external debt since its economic productive structures have been almost completely ruined while it has not identified the real causes of it, except, of course, the "austerity policies", which have been blamed and identified generally by the European "Left" as a final cause (!), and it will still borrow at the international market economy in which, almost all public sectors have been sold to foreign "investors" and the crisis in the EU and beyond will last for long time? Rightly, therefore, once again, Fotopoulos keeps repeating not only the real causes of the present crisis[6] but Greece will be again in the same situation, if not worse, since, it borrows a precedent from history and wants to apply it in different circumstances. SYRIZA therefore, from the beginning, expresses two main systemic contradictions: that is, it considers the consequence of the crisis as a cause and it wants to apply past policies in the framework of the EU and neoliberal globalization. And SYRIZA expresses a third and fundamental contradiction, regarding its "radical" vision. So, while it waves banners and symbols of the radical left, it is not at all a 'radical' party. As the predecessor of SYRIZA, Alekos Alavanos, points out: 'It has radical left origins, but Syriza now is a moderate party'.[7]

It would not be a surprise therefore that even the "World Oligarchs" in Davos consider Tsipras's speeches just rhetoric, which will be dropped away once being in power and he will continue the current economic policy.[8] And the situation will deteriorate since "World Oligarchs", not only identify the consequence of the present crisis as a cause, this time, following the approach of Thomas Piketty, a pseudo post-Marxist, which speaks only in terms of economic power, that inequality is the cause of the present crisis, but they are not willing to stop the austerity policies imposed generally in the EU and particularly in the South.

Finally, the monetary unconventional policy launched by the European Central Bank, can be showed, both theoretically and empirically, that it will not help the actual situation. Theoretically, because the main pillars of national economies (banks, resources and means of production) have been usurped by (inter)national oligarchs. And empirically, judging from the same policies applied in Japan in last two decades or so, UK and US. Particularly so when the structure of the European banking system cannot have any serious effectiveness in the real economy of the European South if we compare it with the consolidated banking systems of the US, Japan and UK.

We may conclude therefore that SYRIZA's rise in power, is not only contradictory in relation to its programme and to its systemic theses, but, it will apply the same policies for as long as it will be in power. On the other hand, if its creditors write off some of its debt, they have to do the same for the other members of the EU. But this is impossible since they can move and raise their capital in other corners of the third world. The 'change' from within, namely by dominating the European Parliament by the European "Left", in a globalised world, where the corporate and financial power stands above the power of professional politicians, namely, political power, is impossible.

The conclusion of Takis Fotopoulos,[9] therefore, when he contemplates about the same problematique, is apt to be reemphasised: 'only if a country broke away from the NWO and pursued a policy of self-reliance, could it retrieve the necessary degree of economic and therefore national sovereignty, so that it is the people who will be determining the economic process (i.e. which economic and social needs are met and how), instead of leaving these life-and-death issues to 'market forces' and the Social Darwinism these forces inevitably imply. This, would mean for a country like Greece, the need for the creation "from below" of a Popular Front for Social and National Liberation (instead of relying on the professional politicians of the "Left" or of the Right), which will formulate a program for the radical changes needed to achieve the short term aim of restoring full social control on all markets, unilaterally cancelling the Debt and all related legislation imposed by the Troika, as well as a unilateral exit from the EU.

Although socialization of the banking system and of the de-nationalized industries, particularly those covering basic needs (energy, water, transport, communication, etc.) will be necessary even at this early stage, yet, the medium-term aim will have to be economic self-reliance, so that the basic needs of all citizens are met through the rebuilding of the economic structure according to social needs rather than according to market demand. The inevitable failure of the reformist Left if it is elected into power will hopefully lead the victims of globalization to realize that only the struggle to build such a Popular Front from below can really open the way for the radical changes needed to achieve a permanent exit from the present economic and social catastrophe.

[3] Greece: what a SYRIZA government will do, International journal of socialist renewal, December 20, 2014.

[4] A new idea steals across Europe - should Greece's debt be forgiven? Heather Stewart, The Observer, 18 January 2015.

[6] The real causes of the catastrophic crisis in Greece and the "Left", Takis Fotopoulos, The International Journal of Inclusive Democracy, Vol. 9, Nos. ½ (Winter-Summer 2013).

[8] Davos is starting to get it - inequality is the root cause of stagnation, The Guardian, 25 January 2015.