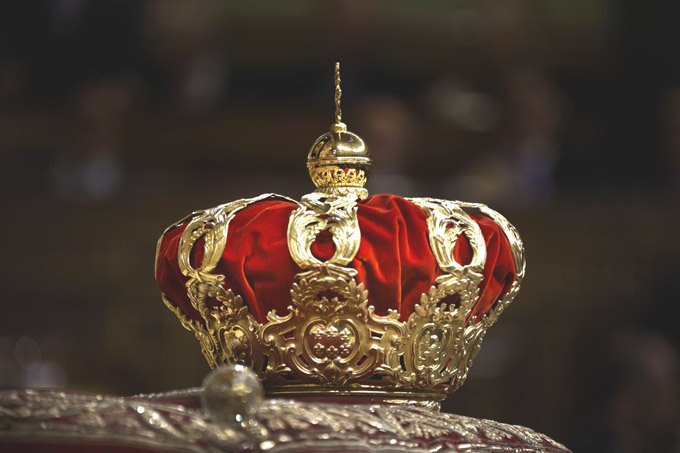 Spanish party Podemos ("We can"), born in the worldwide web, surpassed the popularity of two major parties of Spain in less than a year. Now the party is eager to win general elections in 2015. After the success of Eurosceptics in the elections to the European Parliament, a wave of the future rebellion against Brussels has been growing in many countries of Europe.

Last Saturday, the founders of Podemos conducted the first congress, where they elected the governing bodies of the party. Pablo Iglesias was elected the secretary-general of the party by online vote. About 95,000 of 250,000 registered "sympathizers" took part in the vote. Thus, the "turnout" at the election made up about 50 percent. Iglesias gained 88.6 percent of the vote, El Pais newspaper wrote. According to a survey conducted by the Spanish publication, in eight months of the current year, Podemos made fantastic progress in popularity, having gained 27.7 percent of the vote, leaving behind the country's major parties - the People's Party (PP) (20,7 percent) and the Socialists (PSOE) (26, 2 percent).

Podemos was established in 2014. The organization serves an example of a network party. It was criticized for the lack of programs and governing bodies, but now these deficiencies are being corrected. Podemos does not advocate Spain's withdrawal from the European Union, but requires reconsideration of several basic principles of the EU. The party believes that Spain should pull out from a number of free trade agreements that make Spain, according to Iglesias, a "tourist" appendage of the European Union. Yet, the party believes it would be reasonable for Spain to pull out from NATO and the mutual defense treaty with the US. Podemos leader considers it appropriate to hold a popular referendum for the purpose.

At the recent congress of the party, Iglesias put up two main objectives: to win general elections in 2015 and initiate a constitutional process to revise the outdated Constitution from 1978. "The alternative to the regime is falling apart," said Iglesias, referring to the fact that power in the country is divided between two parties of left and right center that only create the appearance of opposition to each other, even though they actually dance to the tune of transnational financial capital. Those who destroy Spain have accounts in Switzerland and possibly fund PP or PSOE. Their homeland is where their bank accounts are, and those people will never think about Spain, Iglesias says.

Iglesias dedicated most of his report to the issue of corruption. "This phenomenon is not to be compared with rotting apples. One should speak about changing the tax system and democratizing economy. Corruption is a system that allows 20 people have the wealth that 14 million people have," said Iglesias. He proposed to increase the role of public capital in Spanish economy. As an acceptable model, Iglesias referred to Nordic countries, such as Denmark, El Pais wrote.

Latin American analysts say that the Bolivarian socialist model has showed strong influence on Iglesias. According to them, the influence of Podemos party in Spain will only grow. Moreover, the propaganda machine of the PP and the PSOE may unite to counter the increasing influence of Podemos party. Interestingly, Podemos took part in the elections to the European Parliament in 2014 and, despite its very young age in politics, took the fourth place with 7.98 percent of the vote, which became a sensation in Spain. In such autonomous regions of Spain as Madrid, Asturias, Cantabria and Aragon, the party received the support of more than ten percent of voters.

Not that long ago, Iglesias accused the West of the use of double standards in relation to Russia and the Ukrainian crisis. "One should not forget that the EU supported the illegal change of power in Ukraine and the coming of a neo-Nazi party to the Ukrainian government. Some European leaders, together with neo-Nazis, took part in public events in Ukraine, and this is too far from European values," he said.

The rapidly growing popularity of Podemos in Spain is based on people's discontent  with the policies of European officials and their henchmen that throws Europe deeper in the economic crisis. All countries of southern Europe suffered from Russia's sanctions that sparked numerous protests among farmers.

In Europe, the political parties oriented at national capital and values have been  gaining strength. For example, in Greece, political movement Syriza ended the two-party system of the country, pushing center-left and center-right forces towards a coalition government to retain power. In France, the National Front of Marine Le Pen has been gaining popularity. Le Pen won elections to the European Parliament in May. Eurosceptics appeared even in the German Parliament (Alternative Party of Germany).

The Podemos party is a sign that Euroscepticism in Europe grows, that people become more and more concerned about the policies of Brussels officials, who receive very high salaries, but run the policies that are too far from the needs of the people, and even from national governments," Ekaterina Cherkasova, an expert with the Institute of World Economy and International Relations told Pravda.Ru. The expert believes, however, that the success of the party will come to naught, as the economic situation of troubled European countries improves. Spain can overcome the crisis, says the expert. This will lead to a drop in unemployment, including among young people, and the social base for such movements will narrow. The expert suggested that Podemos would be able to overcome the five-percent barrier to take seats in the Parliament, but the party will not be able to compete with Spanish political heavyweights - the PP and the PSOE.

"Discontent in Spain is looking for institutional channels to show influence on the government, on the ruling elite, - Sergey Chernyshev, a political scientist, a  professor at People's Friendship University, vice-president of the Union of Political Scientists of Russia told Pravda.Ru. - If we look close at what Podemos leaders say, we will see that, in their view, American imperialism is to blame for everything. Yet, there are not many moguls in Spain. It could be possible that Spain, like the UK, will transform into a multi-party political system. Spain is a special country at this point. In 1936, we saw the victory of the Left Front. How did it end in Spain, in Chile or in France? It did not lead to anything good."