Jeremy Corbyn has the Establishment on both sides of the Atlantic shaking in their boots. Representing a breath of fresh air, promising change and hope, the new leader of Britain's Labour Party also represents a stand against austerity and a sensible economic policy which aims to stimulate the economy instead of stifling it. 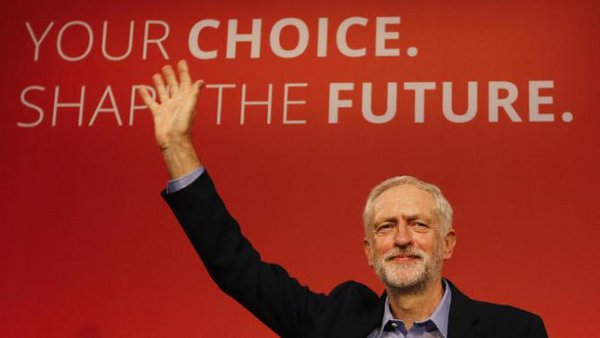 The first act by Jeremy Corbyn after being elected on Saturday September 12 as Leader of Britain's Labour Party (winning in the first round with almost 60 per cent of first-preference votes) was to send an e-mail to all Labour Party members and supporters promising to include them and their wishes in his policy-making process, asking them to forward questions to place to the Prime Minister, David Cameron, at Prime Minister's Questions next Wednesday.

For Jeremy Corbyn, being Labour leader is about the opportunity to serve and to create viable public services. Indeed, his record presses all the right buttons for the socially leaning members of the public. And those who understand the first thing about economics.

Let us take a look at the policies Jeremy Corbyn has supported and this will explain why he will cause concern and will be demonized by the media who will classify him as a dangerous radical who is unelectable and unstatesmanlike. The reason why, as we shall see, is that his policies go against the grain of government by proxy for the lobbies to which politicians today are connected and which place them in office or else close ranks around them when they are elected.

For a start, Jeremy Corbyn questions the pan-national weapons lobby called NATO, whose collective member states' budget is a staggering one point two thousand billion USD each and every year - four times the amount it would cost to eradicate poverty, worldwide, forever. How Constitutional is it for any of the countries to have their foreign policy dictated by such a lobby? Predictably, the national security button will be pressed as enemies and dark forces are invented to justify NATO's existence and new members are sought to bolster its budget and cater for the lobbies for which NATO is the cutting edge. Dictatorship of the Lobbies through the manipulation of fear.

Jeremy Corbyn opposed the war in Afghanistan (a foreign policy catastrophe in which the Taliban are paid not to attack), opposed the war in Iraq (another disaster which totally destabilized a sovereign state, murdered a million people and saw the creation of Islamic State), he opposed the war in Libya (another huge mistake) and opposes war in Syria. He is also Vice-Chair of the Campaign for Nuclear Disarmament and a member of Amnesty International.

He was a campaigner against apartheid, worked to free the Guildford Four and Birmingham Six, people wrongly convicted as IRA bombers. Needless to say, the media will have a heyday over this but then again, what is wrong with working to free people who have been wrongly convicted?

Jeremy Corbyn understands that austerity shrinks the economy, destroying jobs, taking away workers' rights gained over the last century and favors an approach which combats tax evasion, bringing more money into the treasury. In fact, his policies would bring in an extra 100 billion pounds in the short term. He plans a public investment scheme to create housing and plans to take rail franchises back into the public sector and supports renationalizing the energy sector. Strongly opposed to tuition fees, Jeremy Corbyn wants to create a National Education Service. A service, not a business.

On foreign policy, he rightly saw that the Ukraine crisis was caused by NATO's attempt to expand eastwards. As regards Israel, he realizes that no progress is going to be made until talks are held between Israel, Hamas and Hezbollah and he opposed sanctions against Iran.

Who is Jeremy Corbyn?

Born in 1949, he began his working career in the National Union of Public Employees, becoming an organizer for the Union. From here he went on to the National Union of Tailors and Garment Workers, was a member of a District Health Authority and was elected to Harringay Council, which he represented from 1974 to 1983 and was Secretary of the Islington Borough Labour Group.

He was elected as a Member of Parliament for Islington North in 1983 and has since been re-elected seven times. The Member of Parliament who claims the least expenses, he has served on the London Regional Select Committee, the Social Security Select Committee and the Justice Select Committee; he is Chair of the All-Party Parliamentary Group on the Chagos Islands, on Mexico and Vice-Chair of the Group on Latin America and on Human Rights; he is member of the Groups on Bolivia, Britain-Palestine, Great Lakes and the International Parliamentary Union, among others. He is a vegetarian, an animal rights campaigner and supports the LGBT community.

The question is, is Britain ready for Jeremy Corbyn?

*Timothy Bancroft-Hinchey has worked as a correspondent, journalist, deputy editor, editor, chief editor, director, project manager, executive director, partner and owner of printed and online daily, weekly, monthly and yearly publications, TV stations and media groups printed, aired and distributed in Angola, Brazil, Cape Verde, East Timor, Guinea-Bissau, Portugal, Mozambique and São Tomé and Principe Isles; the Russian Foreign Ministry publication Dialog and the Cuban Foreign Ministry Official Publications. He has spent the last two decades in humanitarian projects, connecting communities, working to document and catalog disappearing languages, cultures, traditions, working to network with the LGBT communities helping to set up shelters for abused or frightened victims and as Media Partner with UN Women, working to foster the UN Women project to fight against gender violence and to strive for an end to sexism, racism and homophobia. A Vegan, he is also a Media Partner of Humane Society International, fighting for animal rights.