The rules of the game of politics have been changing in front of our very eyes. The US is bidding farewell to the idea of the unipolar world, whereas Europe is thinking what to do next with ideas of tolerance and multiculturalism, because these ideas no longer work. Pravda.Ru discussed these issues with political consultant and blogger, Leo Vershinin. 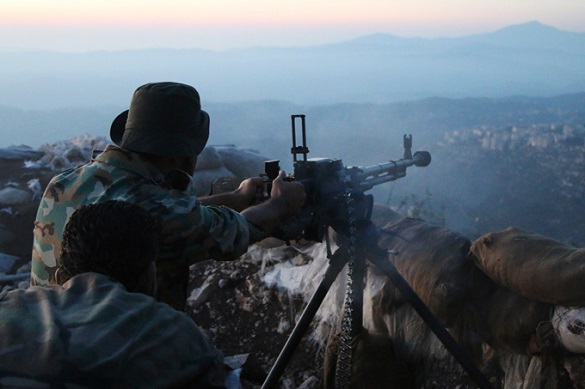 "Leo, as long as you are in Spain now, how are things there with refugees?"

"There are a lot of problems with refugees in Europe, but Spain and Portugal have suffered least from them. As for Spain, this country accepts Hispanic refuges in the first place - the people from former Spanish colonies. All of them have an opportunity to immediately obtain a residence permit. The law also applies to residents of Equatorial Guinea and Morocco. Spain is used to that.

"As for the rest of Europe, German newspapers, for example, were instructed not to report much about the problem of refugees. They can write as much as they wish to about the crises in Ukraine and Syria, but the refugee problem is not recommended for coverage.

"European elites have taken the EU to a deadlock. The paradigm of development of recent decades based on tolerance and multiculturalism no longer meets conditions of the global crisis. It is about time one should change the rules of the game.

"We live in a very cozy world, in more or less in good conditions. Life is stable and measured, and we do not believe in anything. We can pretend that we are ready to go to war if need be, but in reality, nobody wants to go to war, no one is going to sacrifice themselves. People live up to iPhones, good food and stability. Unfortunately, this has been hammered into the heads of a whole generation.

"One can find the ground for the ideology o the Islamic State everywhere, where people feel offended, where governments lie to their people. In Europe, there are many would-be Hitlers, who go to their office work every day without even knowing that they are would-be Hitlers. In Oriental countries, there are many people, who do their best to get a bowl of rice for their families every single day, even though their holy book says that they should not live like that. What can they lose? This is what the Islamic State is all about.

"What about the current developments in Ukraine?"

"Brzezinski was right when he said that Russia was no longer an empire without Ukraine. The Russians had been bringing Eurasian nations together one after another without suppressing or exterminating anyone. If we bury this idea, nothing will be left. If the Russian administration eventually decides to tactically freeze the conflict in Ukraine to get rid of the sanctions and so on, it would mean that Russia will let the West swallow Ukraine up whole. I hope that the Russian administration will be wise enough not to let it happen."