Russia's alliance with China would be nightmare for Japan

The Kuril Islands have all chances to remain a disputed territory for good. However, the issue shows little influence on the essence of Russian-Japanese relations, especially when it comes to mutual benefits. The issue takes a different turn now, as Russia is making steps towards cooperation with Japan's historical ally, China. Pravda.Ru discussed the never-ending dispute with professor of the Moscow State Institute of International Relations, former Russian Ambassador to Japan, Alexander Panov. 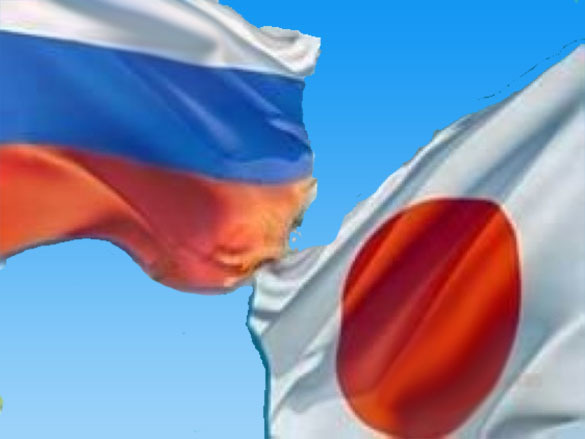 "This is the official position of Japan that the majority of the Japanese population supports. They proceed from the fact that four of the Kuril islands are the territory of Japan. They used to be the territory of Japan in accordance with the first Russian-Japanese treaty from 1855. The Japanese say that they have never seized those islands. Yet, at the Potsdam and other conferences, it was decided that Japan would be deprived of the territories that it had taken by force.

"The Japanese believe that the Soviet Union treacherously captured those territories and broke the neutrality pact. In Japan, it is believed that WWII will end only when the islands are delivered to Japan. This is the reason why the peace treaty was not signed.

"It does complicate our relations, but if the Japanese want to improve relations with Russia, they turn a blind eye to this problem. The Soviet Union did not recognize the existence of the problem, and the Japanese were taking very active part in the development of Siberia and the Far East. All major development projects in Siberia and Sakhalin were realized on the money of Japan - no other country invested anything in those projects.

"Japanese Prime Minister Shinzo Abe said during the G7 summit in May that Japan was supporting sanctions against Russia. Yet, he added that Japan never wanted to terminate dialogue with Russia. According to him, Russia's close cooperation with China would be a nightmare for Japan.

"Indeed, for Japan, it is very important to somehow take Russia away from China. Abe did not go to Beijing. Japan said that Abe would come to Beijing only if China could officially exclude any form of anti-Japanese character of the anniversary of China's victory over Japan. The Chinese, of course, did not guarantee anything.

"In 1956, the Soviet Union signed a joint declaration with Japan, a document of high level. Under the document, the state of war was terminated, issues of reparation and prisoners of war were resolved, and relationship was established. The only question that remained open was the territorial one.

"The USSR even considered it possible to deliver two small islands to Japan. However, the Japanese concluded a military alliance with the United States, and the Soviet Union ceased to recognize any territorial issue until the end of the 1980s. The talks on the issue resumed, but did not bring any results. For the past 14 years, there is no negotiation conducted on the subject.

"Nowadays, the Japanese say that they will conduct the talks only if they have four islands on the table. However, they can not achieve anything having such a position. At the same time, Japan continues to invest in Russia. A number of large-scale Sakhalin projects saw the light owing to the money from Japan.

"Japan has a very good army of 250,000 professional soldiers. The country also has a very powerful navy - about 70 destroyers (the largest number in the region). The Japanese have no offensive weapons - they can not have them under the Constitution. Instead, they rely on the United States.

"Until recently, Japan was the second economic power in the world. Now they follow China . This fact hurts Japanese national pride a lot."

Will Russia be able to defend Kuril islands if Japan attacks?