Should Medvedev ask Japan's permission every time he travels East? 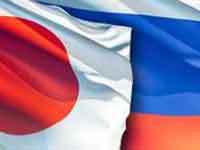 Japan set out a protest to Russia in connection with Dmitry Medvedev's visit to a Russian region. Medvedev became the first Russian leader to have visited South Kuril Islands. None of his predecessors - neither communist rulers, nor Russian presidents - visited the Kurils before.

As a matter of fact, the visit to the Kuril Islands was supposed to take place a month ago, but was delayed because of weather conditions. "It is a very important region of our country and I will go there in the nearest future," Medvedev said back then.

An international scandal started brewing on September 29, when Japan's Foreign Minister Seiji Maehara stated that Medvedev's visit to the Kurils would aggravate the Russian-Japanese relations. Andrey Nesterenko, an official spokesman for the Russian Foreign Ministry, responded with saying that the Japanese had no right to decide which Russian region the Russian president could and could not visit.

On October 30, Russian Foreign Minister Sergey Lavrov said that there was no connection between Medvedev's visit to the Kuril islands and the Russian-Japanese relations. "The president decides himself which regions of the Russian Federation he is intended to visit," the minister said. "Are we supposed to ask Poland's permission before we decide to go to the Kaliningrad region?" an anonymous official from the presidential administration wondered.

On November 1st, Medvedev landed at the airport of Mendeleyevo on Kunashir Island. The president visited a kindergarten, became a guest to a local family and attended a fish factory. It all looked like a common work visit to a Russian region. Medvedev did not say a word about Japan.

However, Japanese leaders exploded in their comments about Medvedev's visit to Kuril Islands. "Japan's stance is that those four northern islands are part of our country's territory," Japanese Prime Minister Naoto Kan said. Mr. Kan added that Japan continues to insist Russia should return the islands to Japan.

Japanese Foreign Minister Seiji Maehara warned that any such visit would "hurt the feelings of the Japanese people". Chief Cabinet Secretary Yoshito Sengoku said that Japan was to decide what steps it would take after checking the president's remarks.

The San Francisco Peace Treaty between the Allied Powers and Japan from 1951 states that Japan must give up all claims to the Kuril islands. However, the Japanese still believe that the four southern islands (Kunashir, Iturup, Shikotan and Khabomai) belong to them. Russia vehemently rejects Japan's claims for the islands.

Is Russia supposed to show any reaction to recent outrageous statements from Japan's high-ranking officials? Maybe Russia should express its own protests to Japanese officials visiting northern Hokkaido because the people living on that territory used to swear their allegiance to Russia?

"Protesting visits to Hokkaido would be mockery on Russia's part," Viktor Pavlyatenko, the Director of the Center for Japanese Research of the Far East Institute of the Russian Academy of Sciences told Pravda.Ru.

"Anyone who believes that Russia should give the islands away to Japan should be persecuted criminally. Such an action would be criminal. The Kuril islands are not only pieces of land in the ocean. When they belonged to Japan, Russia was locked out behind that Kuril chain. Each of those islands is strategically important for Russia because they block Russia's access to the Pacific Ocean.

In general, there is no point for Russia to raise the subject again. Medvedev's journey to the Kurils is an internal affairs of Russia because the president chooses himself which Russian territories he must visit. If we get involved in the discussion of why he visits the Kuril Islands, it will mean that Russia admits the existence of the problem. Russia must take efforts to show that there is no such issue as Kuril Islands. It's only about the demarcation of the legally established border," the expert said.
Sergey Balmasov