The different approaches to the world economic and financial crisis followed by Latin America and Europe can, respectively, be characterized by spending out of trouble, fostering social programs and stimulating the economy downstream and on the other hand, stifling the economy with cuts. Let us take a look at the Brazilian example. 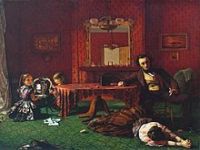 The following text is written by economist Welinton dos Santos, contributor to the Portuguese version of Pravda.Ru. In his piece, Welinton dos Santos tells us about the myriad of social programs implemented by the Brazilian government under the Partido dos Trabalhadores Presidents Lula and now, Dilma.

Brazil is highlighted in combating hunger according to FAO

According to the FAO report, Brazil deserves mention in combating hunger, the implementation of various programs in public policy, such as: Zero Hunger; Family Subsidy; Brazil without Poverty; Family Farming; Cisterns policy; Gas Aid and other aid programs to assist in the distribution of income.

Other programs that assist in combating social inequality are: Minha Casa Minha Vida (My Home My Life); Light for all; Medals Plan 2016 in support of 200 Olympic sports modalities; scholarship extension in multiple programs, on-line courses in languages, and so on. Also noteworthy are actions such as Pronaf - agricultural funding for family agriculture and agrarian reform settlers; MEI - Micro Individual Entrepreneur, which was a fantastic strategy on regularization of informal work in Brazil, giving dignity to these people, who now have welfare rights and the right to have a regulated company, allowing greater opportunities for employment and income.

The country is going through a difficult time economically, because of fiscal adjustments; but all public policy requires work of great teams and change of attitude by the government and often requires decades to bear fruit in a practical effect on society. A master plan of a strategic macroeconomic matrix exceeds the individual or small-group perspectives in favor of collective benefit of society.

Another correct posture adopted by the Brazilian government and that gradually begins to take shape is the work of two federal ministries, after all, running a country with a continental size such as Brazil, requires seeking increasingly complex pubic management solutions.

All ministries take care of specific public areas, but two are essential in this new reality of a globalized world, connected in which we live, they are: the Ministry of Cities that gained notoriety from the Statute of Cities in 2001; after entering the urban question in the Federal Constitution of 1988, Brazil has been prominently featured in the public policies in Latin America, for dealing with issues such as urban mobility, housing, land occupation and other issues relevant to cities and which deserve special attention of public officials.

Urban planning, land and housing policies (including zoning, tenure regularization or property, code works) redevelopment of central areas, preventing the collapse of risky slopes, recovery of environmentally degraded areas are some of the municipal powers, supported by this ministry.

The other is the Ministry of Small and Medium Enterprises, an area which concentrates more than 90% of formal employment in Brazil, formalizing employment and breaking new ground in the integrated development with integrated incentive policies and benefits for increased productivity and income.

According to the last FAO report, 2014 on the State of Food and Nutrition Security in Brazil - a multi-dimensional picture; several actions should be followed by various governments of the world, because, after all, when will world hunger end, only in 2050? Despite the reduction of hunger, there are still 800 million hungry people in the world. In Brazil hunger decreased from 25.5% of the population in 1990 to 3.5% in 2012, ie, the  incomes of the poorest 20% grew 3 times more than the richest 20%, this shows the efforts of governments to improve income distribution, although criticized by many.

There are other ministerial sectors that need to be improved, the potential that Brazil can still explore in areas such as tourism, the creative economy, this is included in all kinds of cultural activities and protection of public property.

Other sectors, basic for improvement and growth of the country, are related to infrastructure works, such as improvement of roads, airports, ports and other modes to improve the modal and distribution of products to reduce the costs and make the country more competitive in the international scene. In this connection there are many opportunities for international companies in the exploration of PPP, which are public-private partnership projects of operation of public service concessions, from which all can benefit.

There are also serious work projects undertaken by some researchers in the area of ​​public policy in several universities in Brazil, which work in qualifying, research and development of public policies in different segments to mitigate poverty, social inequality and even assist in interventions of public policies on environmental, health protection, protection and social assistance, and other relevant segments to improve the quality of life of the populations studied in the context of cities.

We perceive Brazil is following a cake recipe step-by-step, it is clear that there are many public management failures and deficiencies in several areas, however, we must recognize the achievements made by the sweat of so many people, for the sake of a better country.