The Western community has been putting a lot of pressure on Russia lately. At this time of history, Russia needs to take efforts to support the real sector of economy. It is the Central Bank that should play the key role at this point. However, as economists note, it is the Central Bank that shows extremely negative influence on the Russian economy, accelerating inflation and weakening the ruble ... 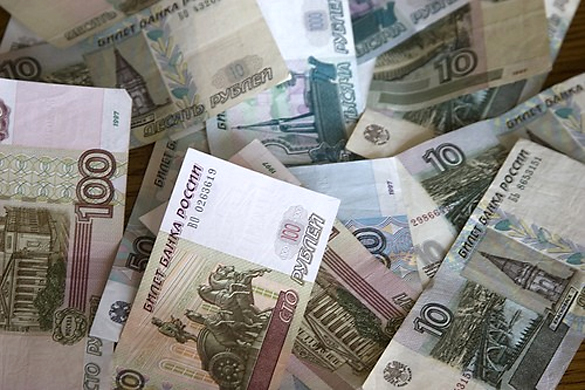 What has the Central Bank been doing to the Russian ruble lately? It would seem that the CB has been supporting the national currency, although there is nothing positive about it. Chaotic currency interventions could only trigger speculations on currency exchange rates. At the same time, the Central Bank has spent billions of dollars to support the rate of the Russian ruble. To be more precise, Russia's gold and currency reserves have lost $100 billion in 2014, with the greatest losses taking place in October, when $27 billion was spent to support the ruble. The result of that is zero. The ruble is still rolling down the hill.

At the Moscow Economic Forum, held in Moscow on Tuesday, State Duma deputy Oksana Dmitrieva said that the strengthening of the Russian currency, which we could see during the year, was demonstrative. The ruble was not strengthening, and the attempts of the Central Bank to keep the exchange rate led to further devaluation of the Russian currency. Earlier, some experts predicted that the ruble would be traded on the level of 60 rubles per one dollar by the spring of 2015. It is now obvious that this is going to happen even before the new year. To crown it all, foreign exchange interventions provided for the increase of the ruble volume in economy, which boosted the inflation rate.

"The Central Bank intervenes often in a chaotic way, trying to keep up the rate of the currency at the time when there is no opportunity to keep it up at all. At times, the CB conducts the demonstration of the strengthening of the ruble, as it was in March-April 2014. If we look for opportunities for currency speculation, then we can  find it where certain players have access to insider information, - says Oksana Dmitrieva. - It should be clearly understood that attempts to strengthen the ruble and spend gold and currency reserves on these efforts, as was the case in 1998 and then in 2008, may lead to the collapse of the ruble value."

According to Oksana Dmitrieva, small percentages of industrial growth that Russia has seen in recent months is the effect of the devaluation of the ruble.

Indeed, the biggest problem lies in the fact that the Central Bank shows no reaction to the new course of economic development of the country, which President Vladimir Putin and Prime Minister Dmitry Medvedev have announced before - the policy of industrialization and the development of the real sector. However, the refinancing rate of the Central Ban, still remains extremely high, and the reasons are understandable, because the high rate serves the main mechanism to contain inflation. With all these manipulations, the real sector of economy, which, in the context of growing financial and energy isolation of Russia, can improve economic performance, remains bound hand and foot.

Chairman of the National Union of Milk Producers, Andrei Danilenko, said that the Central Bank should revise its approach to priority industries in terms of import substitution. The rates for agriculture and industry should be reduced. One could probably go even further and proceed to interest-free loans, taking into consideration the fact that an adequate draft law has already been prepared and submitted to the government.

Yet, there are other mechanisms. IMF Japan Executive Director (2007-2010) Daisuke Kotegawa told of Japan's experience in dealing with postwar hyperinflation. Noteworthy, despite the current decline of the Japanese economy, a little more than 50 years ago, the country of the Rising Sun made a huge industrial breakthrough, which was called the great economic miracle. In a nutshell, the Japanese central bank strictly limited sectors for financing.

Thus, it was industry that received the inflow of funding. The industrial boom and the high-tech status of the production sector of Japan appeared as a result of the course targeting the development of production in lending, when loans to other sectors were purposefully limited. Why can't Russia do the same today?

It appears that the fear of the Central Bank administration is the only obstacle on the way to the great future of the Russian industry. It appears that the Central Bank of Russia fears losing money on the foreign exchange market. There is such a risk indeed, if nothing is done to adjust the volume of cash flows, to create an attractive environment for investment in the real sector, but make it inaccessible and uneconomic with the help of high rates.

Well-known journalist and political adviser Anatoly Wasserman believes that one should not blame only the Central Bank for the fall of the economic growth.

"The whole economic block of the Russian government, including the Central Bank, is guided by one and the same block of economic theory that stems from one and the same concept, namely, libertarianism - the movement about benefits of unlimited economic freedom of individuals, disregarding society. It is clear that this complex of theory is destructive for the society, and it does not make sense to blame the Central Bank, turning a blind eye on other factors that destroy our economy.

"The concepts that the Central Bank officially declares are strange to a certain extent. Firstly, the Central Bank says that one should limit inflation by raising the refinancing rate. However, as I understand it, raising the refinancing rate means that anyone, who raises a loan in a bank for industrial trade, should set the final price of their product to be able to compensate the lending rate. That is, a high lending rate does not cut, but rather raises prices.

"Secondly, the Central Bank is guided by the politics of full redundancy. In principle, this means that foreign exchange reserves of the Central Bank shall at any time be sufficient to pay off all debts of the Russian Federation. However, when an urgent need appeared to repay the loan debt, simply because we have stopped receiving new loans, the Central Bank is sitting on its reserves, like a dog in the manger, offering those that owe something to the West to obtain their own currency. Technically, though, the Central Bank can redeem all foreign debts, take the debts of economic entities and repay them with the money that they had borrowed in the West and sold to the CB for rubles."

According to Anatoly Wasserman, actions of the Central Bank indicate that its management strictly follows the theory developed by developed countries for developing countries, so that the latter do not become developed ones. Thus, the cure is to change the economic theory for the entire economic bloc of the government. If someone in this economic block does not consider it possible to proceed to another theory, it means they will have to go.