Russia returns to planned economy, but not of Soviet type

Even before the moment when the West introduced sanctions against Russia, there were suggestions made from Russian MPs to go back to the practice of planned economy. Today, many countries develop under the conditions of planned economies with France being the most striking example. According to many experts, there are signs of such an economic model in France. Does Russia need planned economy? 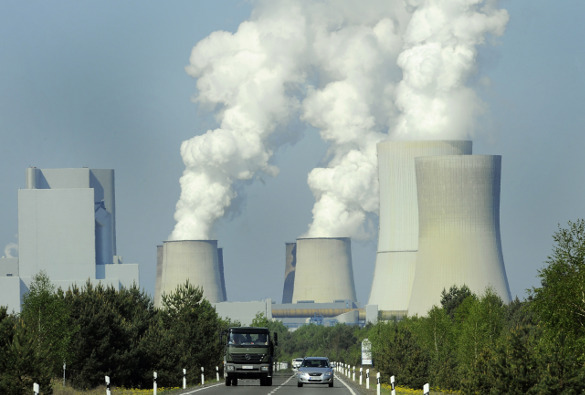 Can planned economy be possible under capitalism?

Who said that plan excludes market? They can complement and help each other very well. Could there be a planned economy under capitalism? A lot has been said on how market and plan can often be friends. Many of such examples can be found in France, Germany, but not in the United States.

As for China, there is a plethora of ​​publications about China's planned economy. Here is just one quote: "The de facto capitalist Celestial Empire is de jure living in socialism. The purely planned socialist method of management does not prevent China from taking market leadership in the capitalist world economy."

"The more things change, the more they stay the same, - Russian economist, member of the editorial board of the journal Science and Economics, Svetlana Krivoruchko told Pravda.Ru.

Naturally, planned economy is a good tool to help optimize all processes. However, in the Soviet Union, planned economy took such an ugly form that the term obtained a highly negative connotation," the expert said. "Indeed, economic planning is widely used in different countries, and the introduction of elements of planning into the Russian economy is advisable but only within reason."

"I think now everyone understands that it is impossible to do anything without a plan, - professor of international finance at MGIMO, economist Valentin Katasonov said in an interview with Pravda.Ru. - The essence of planning is about ends and means. If there are no ends and means then this is the moment when chaos starts. Of course, there are economies that serve their masters' money, whereas the owners of money need murky waters. They do not need planning. Economic planning is required only for a model of society, in which people act as the main and only beneficiary," the expert told Pravda.Ru.

The economist noted that France used the Soviet experience of a planned economy after World War II. There were so-called Monnet plans, but they differed a lot from Soviet plans. Soviet plans, in his opinion, were legislative in nature, when every plan would be made as a law that had to be executed. In France, plans were indicative in their nature. They were made in the form of suggestions and recommendations.

The model of indicative planning was not effective enough. The Japanese studied Russia's experience carefully and used planning in their economic management as well. When the Soviet Union collapsed, the Japanese were surprised, because they saw the Soviet system as effective.

"The period of stagnation - the 1970s and the 1980s - is a completely different era, which can be referred to as a socialist economy. That was the time when planning was neither directive nor indicative. The plans would be frequently adjusted and changed to ensure that officials do not bear any responsibility, but receive undeserved profits as well," said Valentin Katasonov.

Can planned economy help Russia overcome economic difficulties, even if not immediately?

"To make planning an effective tool for economy, one needs to build centralized economic management in the first place. It goes about a powerful public sector and a strong state monetary system - not what we have today. Planning is essential to ensure that we come out of the current crisis," Valentin Katasonov said.

The current anti-crisis program in Russia is much ado about nothing, the economist said. "Budget money is wired into the banking sector, while the real economy receives nothing," he said. The money will simply be removed from the country. One needs murky waters to steal, to withdraw huge amounts of money from the country. They refer to these murky waters as market economy," the expert concluded.

The official website of the Moscow Economic Forum says: "The Russian government is switching to the planning of economic and social development for a longer period. An action plan for achieving the targets will be developed for five years."

It turns out that Russia is switching to planned economy already.