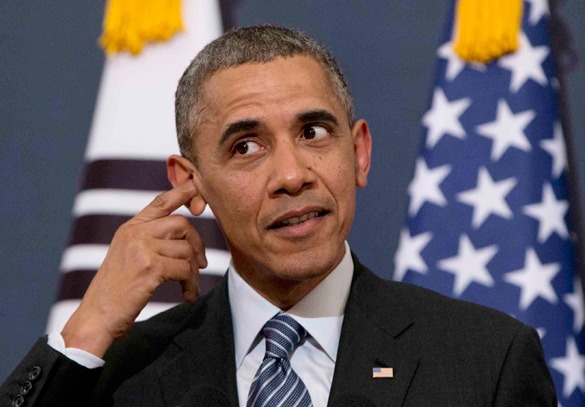 Politicians always emerge with new promises and make people believe they are different than their predecessors. Usually, however, the voters are cognizant that there will not be much difference with the newly elected politicians. Yet, with the strong feeling of hope and desire to meet their expectations and to have a better quality life, they vote for the new candidates.

The US President Obama is, of course, no exception to the other politicians who are elected making a lot of promises but do very little to accomplish them when reality sets in. He carried out a campaign to make Americans believe he will make a change   and named his campaign "hope and change". This made many people hopeful of a new administration from the very beginning. He had another advantage among the candidates, he was going to be the first African-American President. Many Americans voted just because they considered his election in terms of having a significant symbolic value. Some of Obama's unfulfilled promises include the total withdrawal of the American troops from Afghanistan, and the shutdown of Guantanamo Bay. It has been six years and American troops are still in Afghanistan, and Guantanamo Bay is still open.

Obama no better than any other hawkish US president

Now in the 6th year of his tenure, his foreign policy has become the target of harsh criticism by many analysts. Most believe he did not fulfill his promises especially with respect to his Middle East policies. His shifting policies in Syria, his delay to take action to fight against IS, and his lack of positive action in the Middle East concerned many politicians. Obama's policies regarding drones and surveillance programs have also failed and became the center of debates many times in the Congress. Following the midterm elections in November 2014, the Republicans took control of the Congress. With the GOP controlling both the Senate and the House, thus Obama will have a tougher time passing his versions of legislation regarding decisions on foreign policy, as the Republicans have been very critical of his vision for the Middle East. He will have to play with the rules of the Republicans in the following two years. The republican-led Congress will most likely urge Obama to increase the scope of operations against the Islamic State.

The strategy of using airstrikes alone to defeat the terrorist group will not be sufficient to degrade IS, many in congress believe that boots on the ground along with air power would be much more effective in yielding results. Obama, on the other hand, insists on not sending American troops to have in a ground combat against IS and decided only to send US military advisers to train the Iraqi army and the Syrian opposition groups. The administration will also provide them ammunition to fight against IS. In addition, the administration and Obama want to make the coalition member states in the Middle East take the role of ground combat against IS and using their ground military force in lieu of US troops. This means the administration does not want any homeland casualties but prefers to support proxy armies. The Peshmerga in Kobane is a prime example. However, the coalition member states also do not want their soldiers to be killed. Pursuing such a strategy is the result of a dead-end in finding a solution.  It would be wrong to have even one person be killed and also assume that the problem cannot be solved through peaceful diplomatic efforts.

One of the recent policy debates involves the events near the Turkish border.  It coincides with the interests of Turkey concerning Syria and Iraq. America has been having a hard time convincing one of its most critical ally Turkey vis a vis the operations against IS.  Also the American policy in the Middle East has vexed its allying forces in Syria because as the US started its operations in Kobane against IS, while the Assad regime has kept up its barrage of barrel bombs in the opposition controlled territories, which has caused the death of many civilians including children. For example, the regime ran 200 air force strikes in 36 hours in late October. As the American administration anticipates the Syrian opposition groups to be trained by the late 2015, critics say there will not be much land to defend if the regime continues to make bombing runs with an increasing pace.

The clearest sign of the Obama administration failures was Chuck Hagel's forced resignation. Hagel, Secretary of Defense since 2013 was the last Republican serving in the Obama administration. Even though the White House stated that it was time for a change in the position, the real reason behind the scenes was different. Hagel had major disagreements with Obama and his inner circle in the White House in terms of foreign policy. The increasing threats facing the US with regards to national security also, especially the rise of IS has forced Obama seek another option, the leader from the Pentagon. Obama announced former Deputy Secretary of Defense Ashton Carter as Hagel's successor. However, it should be known that changing personnel will not be sufficient for Obama to stop the criticisms against his strategy. Moreover, the new Secretary of Defense will not likely bring a radical change in terms of foreign policy.

With regards to the various failed policies, it may be careless to blame only one person instead of the entire political system.  We must take into consideration the political system as a whole.  The current political system is driving towards a deadlock in many parts of the world, especially the Middle East. We cannot name a region where there isn't a conflict, and the politicians do not seem to find a proper solution through normal diplomatic channels. For instance, Obama made some changes, but they weren't what Americans or the world was expecting, nor did those changes yield any positive momentum for the country.  Hope for a change by a new leader would be pointless as long as the system is based on self-interest and the solutions to conflicts involve killing others instead of diplomacy. Thus, it would be imprudent to hold one politician accountable. Politicians come and go but if they keep staying in this vicious cycle of serving only the elites and ignoring the poor people, we cannot expect a good result or a peaceful change people have been longing for. The only way politicians can fulfill their promises and the people can get what they hope for is if politicians remain true to themselves and start using a moral conscious mind to do the best for their people without making any discrimination in terms of race, education, financial net worth, social status, healthcare programs and the judicial system.