The American dream increasingly further away for blacks

A recent study documents the progressive impoverishment of African-American families - The institution known as Pew Charitable Trust has just published a study "Black and White families,” which indicates that more black families in the United States suffer from a growing financial inequality in relation to white families. 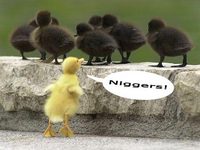 The American dream increasingly further away for blacks

A study begun in 1968 by a non-governmental organization with U.S. headquarters in Washington confirmed the involution of millions of black citizens in the United States, condemned to economic servitude and social deprivation that confirm their inequality, comparing them with white skinned people.

The institution known as Pew Charitable Trust has just published a study "Black and White families,“ which indicates that more black families in the United States suffer from a growing financial inequality in relation to white families.

The latter, as a rule, have economic progress from one generation to another. In the case of African-Americans, says the substantial Pew report, the process for many is tragically reversed.

The research showed that 45% of black children from middle class families in 1968 - with an average income of almost U.S. $ 56 thousand a year - passed, upon growing, to belong to families with an average annual income of just over $ 23 thousand, that is, less than half.

This impoverishment, which reaches almost half of all North American black men, contrasts with a similar process in whites that barely includes 16 % of families, almost less than two thirds.

In the social plan, Pew’s research was able to prove a state of very pessimistic opinion among North American black men as to the possibilities to have true progress. The domestic and foreign policies of the current government of this country feed this pessimism, which increases the real economic difficulties that the black population faces.

Enormous resources, a great deal of the questioned ones consider, according to estimates for only this year (US$800 billion), are devoured by the occupation in Iraq. This war financing would permit to swerve the economic and social situation of millions of black and white poor people in the United States.

Only a few weeks ago, the president of the United States vetoed a law that gave medical coverage to millions North American poor children who today lack any. The financing would come from an increase in the tax on cigarettes, but the president opted not to disturb such a mighty lobby.

The conflict led to a very unstable world-wide economic situation characterized by a dramatic increase in the price of fuel and other difficulties that, in case of the United States, are expressed also in personal bankruptcies and in the loss of homes by the inability to pay mortgages that reach hundreds of thousands of North American families of low income, when black men are the principal victims in view of weak personal and familial finances. Suicides are not few due to such a tragic situation.

These iniquities deepen the trenches that shake the texture itself of the current North American society, presupposing more difficult times still for the whole black population and for the nation.

The Embassy of Cuba