The Obama administration and its links to Islamism 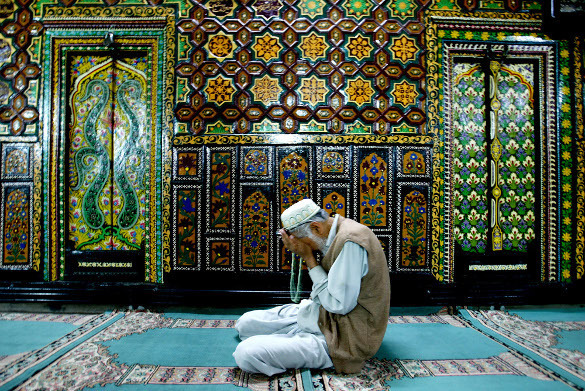 The so-called "Arab Spring" had its start between December 2010 and January 2011; since then the Middle East and North Africa have been at the center of major social and political changes that in many cases ended up in total chaos and war, as it is still nowadays in Syria and Libya and with important repercussions in Lebanon, Iraq, Tunisia and Egypt.

The United States gave full support to those branches of political Islam linked to the Muslim Brotherhood such as the FJP in Egypt, Ennahda in Tunisia , while in Syria the Islamist group was trying to establish their own militia and gain influence in the armed struggle against Assad. [1] [2]

According to Gulf News sources, the US have been maintaining close relationship with the Muslim Brotherhood, organization that is banned in Russia since 2003 due to its links to Chechen terrorists in the Caucasus and that has also recently been banned in Egypt and Saudi Arabia.

These sources claim that: "The Obama administration conducted an assessment of the Muslim Brotherhood in 2010 and 2011, beginning even before the events known as the "Arab Spring" erupted in Tunisia and in Egypt. The President personally issued Presidential Study Directive 11 (PSD-11) in 2010, ordering an assessment of the Muslim Brotherhood and other "political Islamist" movements, including the ruling AKP in Turkey, ultimately concluding that the United States should shift from its longstanding policy of supporting "stability" in the Middle East and North Africa (that is, support for "stable regimes" even if they were authoritarian), to a policy of backing "moderate" Islamic political movements. To this day, PSD-11 remains classified, in part because it reveals an embarrassingly naïve and uninformed view of trends in the Middle East and North Africa (Mena) region".

In addition: "US State Department documents obtained under the FOIA confirm that the Obama administration maintained frequent contact and ties with the Libyan Muslim Brotherhood. At one point, in April 2012, US officials arranged for the public relations director of the Libyan Muslim Brotherhood, Mohammad Gaair, to come to Washington to speak at a conference on "Islamists in Power" hosted by the Carnegie Endowment for International Peace". [3]

No big surprise, considering that Mohamed Elbiary, a Muslim Brotherhood supporter, became a security advisor for the United States Homeland Security Department. Elbiary became known for his critics towards the Egyptian Christians who, in 2013, were protesting in the streets after becoming targets of Islamic extremists; he also distinguished himself for some posts in favor of the Caliphate, that most likely brought to his resignations in September 2014.

When the Egyptian population revolted against the Morsy government in the summer of 2013 and asked for new democratic elections, the Obama administration did not side with the people but rather with the Muslim Brotherhood led government.

Egyptian anti-MB protesters were outraged by former US ambassador, Anne Patterson, for a statement in which she criticized street protests as the opposition geared up for mass rallies to demand the ouster of President Mohammed Morsy. Patterson defended U.S. relations with Morsy's Muslim Brotherhood, calling it "necessary" because the group was part of the democratically elected Egyptian government.  [4] Unfortunately the former ambassador forgot to mention all the anti-democratic measures taken by the Morsy government in just one year of rule.

On September 12th 2012 the US consulate in Benghazi was attacked by jihadists, probably linked to Ansar al-Sharia, fully armed with military weapons including RPGs, hand grenades, assault rifles, 14.5 mm anti-aircraft machine guns, truck mounted artillery, diesel canisters, mortars. They were also well aware of the safe house locations and the whereabouts of the US rescue team. Four Americans died in the attack, including former ambassador Christ Stevens, whose body was dragged through the streets of Benghazi.

Although, the Obama Administration officials speculated that the attack was nothing more than a spontaneous response to an online preview of a movie considered offensive to Muslims. None of the organizers have yet been brought to justice.  Some suspects were arrested by Tunisian and Libyan authorities but later released for lack of evidence. [5] [6]

It is obvious today that political Islam has fully failed, as we have seen in Egypt with the ousting of the FJP government; in Tunisia with the recent victory of the secular party Nidaa Tounes over the islamist Ennahda; in Libya where the islamists never managed to achieve power and the country is now ground for a civil war; in Turkey, where the AKP government has become more and more despotic and has recently been put under serious embarrassment for evidence showing Turkey's support for Isis.

Overall the Obama administration has obviously failed with its Middle East policies, turning the region into a major warzone. The problem is not only Isis, which is a result of such policies, but there are also other terror organizations such as Ansar al-Sharia Libya, Ansar al-Sharia Tunisia and Ansar al-Maqdis in Egypt that were empowered due to the release of hundreds of terrorists  were freed from prisons by the new Islamist governments.