Our planet: Whose is it? Who owns the green Earth?

Our planet: Whose is it? Who owns the green Earth? 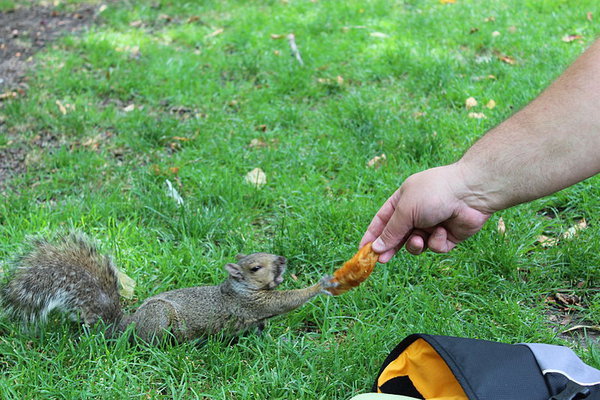 Sue Charlton (Linda Koslowski), 'I'm a New Yawker' reporter seconded to Australia while covering the 'Crocodile Man' Mick Dundee posed a loaded question. "What about you Mick. Don't you have an opinion; what are your politics?"

Paul Hogan, er, Dundee pondered all she said. He considered the context. The two were lounging around in Australia's famous 'Outback'. More specifically, they were sunning themselves after swimming, maybe even skinny-dipping in mineral water. The ambiance though pure and healthy was still fraught with danger. No, not from wild animal attacks. Sue, always the journalist, had some solid ammo behind her posturing.

After uncovering some real evidence in spent shell casings, Sue had good reasons for her suspicions. Was her new part-time Aussie love interest guilty of poaching? Couched in Sue's innocent question was an even greater concern. Sue had to know. She had to find out for sure if Mick harbored any bias towards Australia's indigenous tribes, the Aborigines.

He was on to her like a saltie croc stalking a Pohm tourist in the frolicking surf of Northern Queensland. Blonde wispy haired Mick flashed his wide grin before beginning. "

See them rocks? Those have been here for millions of years. It is like two fleas arguing over who owns the dog. They do not. They both belong to it."

The outback man's sure-footed smooth rebuttal seemed to assuage Sue. She managed a sheepish smile, Aussie style. Yet, there was more. Mick added further domestic context but as salve. "Try the yams. You can survive on those; but they taste like shiite."

Who really owns our world? Well, if you listen to their media, the one per cent elites covet the lion's share. Some conservative estimates list their percentage holding at almost 40. More sobering is the fact that each year their wealth is increasing exponentially, while the poorest of the poor struggle to eat. The middle class, though still a quotable statistical category among academics is in an economic free fall sans parachutes or any other form of social safety net.

Insouciance need not rule the world any longer. If the average man could drop, or better yet, smash his remote (do the same to his smart phone) and lead his family by example, elite transnational corporations such as Amazon et el could no longer corner the entire consumer market. Moreover, the fat cats would lose control over our lives. In turn, their mega fortunes would shrink to no less than yam status. By extension, politicians might feel the pinch from fleabites. Bitten enough, they would be compelled to choose sound governance. For a change, everyone would move in a better direction.

If the whole world is serious

If the whole world is serious and good honest people everywhere are past tired of the rich guys having all the fun while flaunting their expensive toys, then we all need to take stock of ourselves. Each one of us has to stand back. Make a deep breath. Then take a baby, albeit important first step. We must reject in its entirety the globalist entertainment oriented business model. By doing so, we can all get back to basics. Start by cultivating the familial values of hard work, honesty and helping our neighbor. Assisting those truly in need should always be our focus. Everything else is vanity.