"The world is changing old man. When you lot stop ruling our bloody lives, England will change too. There will be no more empire; no more landowners exploiting the labor of the masses; and there will be no more bloody war. You can blast us to smithereens out there on the frontline, but you will not stop us. 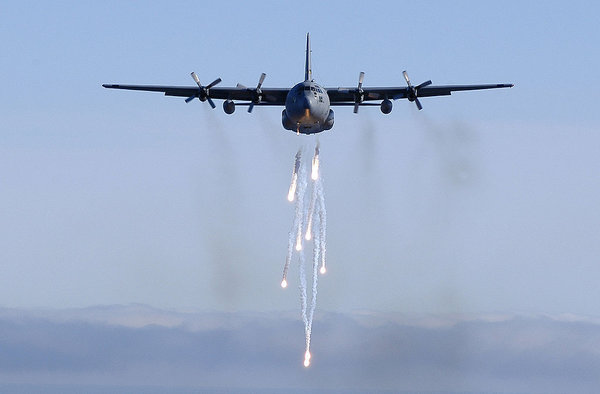 We are fighting the Germans; but we are at war with your kind too. The world is about to be ripped apart by the likes of me!"

The quote is from 'Private Peaceful', a film version of Michael Morpurgo's novel of the same name. Private Peaceful rebutted 'The Colonel' at a village pub in Devonshire England. The young soldier, injured in Belgium during the trench fighting now had to sit out the rest of WWI. The lad took umbrage to the veteran Colonel's bragging that the war would already have been over if left to 'professionals' like him. Peaceful, may as well addressed any one of the stiff upper lip crotchety blue blood nobles; that is the lot, which occupies Britain's Parliament. He was talking to a Hoorah-Henry. To those of 'the Colonel's' ilk, a modern Peaceful would have been dispatched to the Russian Front.

More than a century later, throughout the British Commonwealth young people find themselves at odds with their 'leaders'; the lack of leadership is more akin to what is happening around the scattered remnants of the former 'Empire'. Like Private Peaceful, the present generation of 'loyalists' should be at war with their masters; hold them accountable. They have every reason to do just that. Even after the Brexit vote, the British Parliament, led by usurper Conservative Prime Minister May, wants to delay total separation from the European Union.

May would deny the people's wishes

To wit, May would deny the people's wishes after the recent referendum. If there ever was occasion to make the legal case for 'illegitimacy' as Head of State, then the British people have all the ammunition they need. May, did not campaign for office; no one voted for her. There was no general election. She never had the support of the people. May is only in office because her Fleet Street benefactors placed her there. That same crowd will curry favors later. They will cash their chips after Brexit gets lost in transition.

Australia, though not a true 'royalist' Commonwealth nation has problems finding let alone electing capable leaders. Turnbull, the latest edition of a Prime Minister from 'down under' is not much different from his predecessor, Tony Abbott. He in turn was hardly an improvement over the flake aka Julia Gillard. Now faced with the prospect of collaborating with newly elected U.S. President Donald Trump to combat Islamist Terrorists, Turnbull, did as was expected. He ducked. He hid behind liberalism.

In a phone call with President Trump, Turnbull dumped on him. Turnbull insisted that America must honor its agreement (Obama 'promised') to take in Australia's unwanted Syrian refugees. To make resettlement easier, the Aussies have quarantined and caged the citizens-in-waiting on a remote island adjacent to Papua New Guinea. A couple of C140 Hercules transport planes could spirit them over to American Samoa in no time flat. Ostensibly, Turnbull is hard of hearing. News of President Trump's executive order calling for a 90-day moratorium on immigrants to the U.S. has not yet reached Canberra.

America's northerly neighbor, Canada, also has its own unique problems coming to terms with a Trump Presidency. Their Prime Minister, Trudeau is living up to his reputation of Obama Lite. Like his mentor, Trudeau also racked up the credit card debt and while accumulating air miles flying his entire family around the globe on vacation. He did this all at the taxpayers' expense. Recently, Canadian troops, deployed in Syria faced the real possibility of missing their leave because of a broken transport (one of only two). Opposition parties protested. Only when pressed did Trudeau offer to bring the fighting men home in 'his' jet.

The Canadian media is unmoved by the petulant antics of this bumbling apprentice. They give him a pass. They cover for his ignorance. Each day they apologize and inveigle his deficiencies. The Press dotes over what they call their 'rock star'. No one is drinking the Kool-Aid. In light of the Quebec mosque attack, the talking heads were remiss to mention that Trudeau is a member of a militant Montreal mosque. That real fact might spoil their idol's pretty boy image.

Without strong leaders, the British Commonwealth is an empty vessel. A good first step would be to recall the likes of May, Turnbull, and Trudeau. Then the people could recruit new blood. Honest citizens would apply. Patriots, without fear of censorship by leftist loonies would run for public office. What the Commonwealth lacks right now is thousands; make those ten thousands like Private Peaceful. The corrupt British system really needs to be ripped apart. The Privates had better hurry. The Commonwealth like NATO is in a rush to go to war with Russia. Unlike WWI, good men might not have another chance.